Industry » Features » Yacht Crew Stranded in The Netherlands
« BACK

Yacht Crew Stranded in The Netherlands 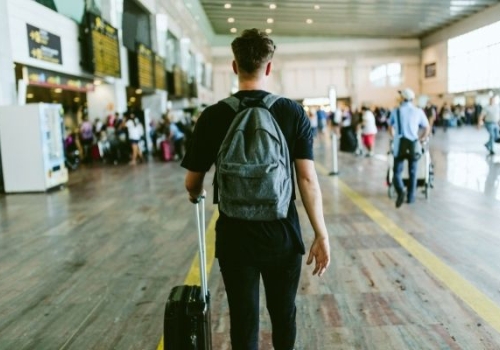 Imagine resigning from your position on a superyacht only to find yourself stranded in a foreign country for weeks on end, effectively falsely imprisoned with no legitimate means to leave.

This was the highly irregular and concerning situation Emile Gatta found himself in in the Netherlands following his resignation as bosun on a 74 metre motor yacht earlier this year as a result of the Dutch authorities not recognising yachting as seafaring, meaning that the seafarer’s dispensation for travel in or out of the country did not apply.

Despite a myriad of calls for help to his yacht, management company, yacht agent and the British Consulate, no one was able to assist him and it eventually fell to Remie Kalloe, CEO of the yacht agency Dockside in Amsterdam, to effect an exit plan.

After hearing of the situation, OnboardOnline interviewed Emile, who recently arrived back in Britain, about his experience. The problems started when Emile decided to give notice to concentrate on his studies and upcoming OOW exams while the yacht was in dry dock in a Harlingen shipyard.

He had been stamped out of the country as a non-EU resident during the shipyard period so that it didn’t count as time in the country, with the implication that he would be stamped back in again before he left but as yachting is not considered as seafaring in Holland, being classed as pleasure/tourism instead, there was no dispensation for him to be stamped back in.

‘It was a very complicated situation,’ says Emile in his first interview since arriving back in the UK. ‘I was trying to fit in my studies around work but it didn’t go to plan so I bit the bullet and resigned to concentrate on that.

‘The yacht tried to arrange me an immigration appointment to get stamped back in and I booked my flight and Covid test for March 9th but was then informed that I couldn’t leave because I was yacht crew and not a seafarer. They consider us as working in tourism as opposed to seafarers, even with our discharge books, which means I would have had issues getting out of the airport as I had already been stamped out.

‘The irony is that yachties have been travelling around fairly freely to and fro to Holland until March this year without any issues.’

Following a plea for help to the British Consulate, they told Emile they had raised this case with the Dutch Authorities. They stated that ‘as there is no exception to the entry ban for the crew of yachts, he will not be granted entry, and is expected to return home with the yacht. It is the responsibility of the yacht owner to take care of the crew and ensure they get home, even if their employment contract has ended’.

‘I understand that is not what you wanted to hear,’ continues the email, ‘however this is due to the EU travel ban, and UK nationals are now third country nationals. I do not know when the EU travel ban will be lifted in The Netherlands.

‘In terms of your travel tomorrow from Schiphol Airport, given you are not being granted entry to disembark, you will not be able to travel from the boat to the airport. I would also not recommend you try to circumvent the Dutch immigration laws.’

Emile’s yacht owner paid for bed and board for him and a couple of South African crew who were also leaving and found themselves in a similar situation and, incredibly, Emile was left in limbo with no one able to help for almost six weeks.

‘By law, the owners had to feed, water and accommodate us and they didn’t complain, they were very fair,’ he adds. ‘The yacht did all they could do, and I also contacted the British Embassy and Dutch foreign affairs. There was no responsibility for the boat to continue paying us which meant we had no income.

‘We were stamped out onto that boat according to the crew list and couldn’t even seek daywork on another boat in Holland. If it weren’t for Remie getting involved, I’d still be sat there I reckon.’ 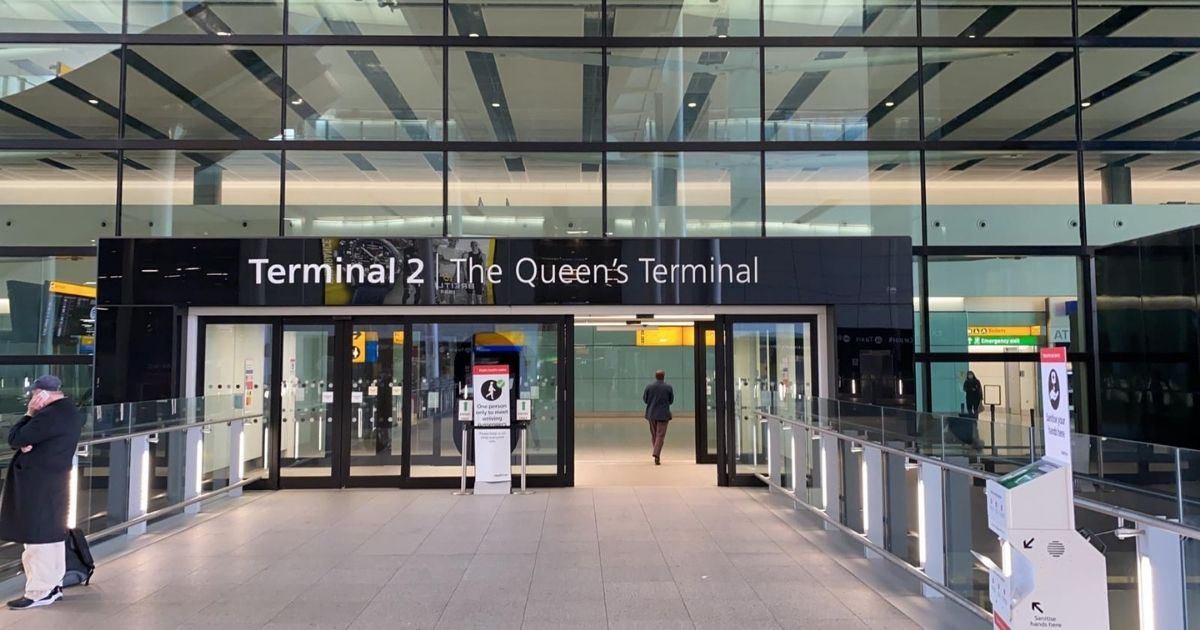 One of his fellow South African crewmates, former Head of Housekeeping Carla Rossouw, is still in the same situation. She told OnboardOnline: ‘I decided to resign as the shipyard period kept getting extended. At the time, the travel restrictions to enter the Netherlands clearly stated that seafarers working on pleasure vessels are not allowed to enter the country.

‘I knew that if I left the vessel there would have been no way for me to be repatriated or leave to go to any other country because in order to travel out of the Netherlands, I would have had to be stamped back in at the local immigration office, which was not an option as they refused to stamp anyone in.

‘I did however hope that somehow we could be exempt as our contracts were terminated; we were not employed by the vessel any longer and therefore needed to be repatriated. We were given accommodation and a food allowance ashore and were told to just wait it out. The management company said it was their top priority to get us stamped in so we could travel.’

On hearing of Emile and Carla’s plight through OnboardOnline, Remie Kalloe drove from Amsterdam to Harlingen to try to help them.

‘I think they were surprised to see me,’ says Remie. ‘I’ve worked with lots of yachties over the years and although I couldn’t promise anything, my view is if you can help, why not?

‘Last year when the pandemic started, there were lots of problems with crew getting into the Netherlands. I don’t like hearing yacht agents talking about how they will help people out and then not doing anything.’

Remie called every organisation he could think of to be told this was something no one could do anything about. ‘Legislation was imposed here last year due to Covid and as the yachting industry is seen as pleasure, the wording is that only commercial and cargo ship crew can come in. Yachts and pleasure crewing have been left out and that is where the problem lies. If those words were inserted, everything could be sorted out.

‘We have been building yachts in Holland for 40 years but it’s a problem in this industry that no one wants to put their name to or take action over. Basically, these guys were being held hostage, it was like false imprisonment. And this kind of thing will happen again and again.’

Emile’s tutor, a former naval commander who runs captaincy courses for private students was equally horrified at the lack of assistance offered to Emile.

‘It’s an issue of personal liberty, freedom of movement within the EU and the recognition of what is a professional qualification,’ he says. ‘Emile told me that the Dutch weren’t recognising UK MCA discharge books approved by the IMO. He was told that his UK discharge book as a commercial yachtsman wasn’t recognised as a valid seafarer’s qualification, which is wrong.

‘It’s only the UK MCA that has an endorsement platform for the commercial yacht. From the Dutch point of view, it doesn’t make any difference whether or not the vessel is a freighter, a passenger vessel or an oil tanker except that in Holland, it did.

‘Once the UK MCA were made aware of this, what did they do? What did the British Embassy do? British yachtsmen are being left high and dry while the yacht, the management company and the trade associations do nothing, which I find outrageous.’

As the weeks passed, anxiety amongst Emile, Carla and two other South African crew members was increasing. ‘We were all very worried,’ says Emile. ‘I was able to study so I was fine but Carla was looking for work so concern was rising, increasingly so as our money started dwindling.’ 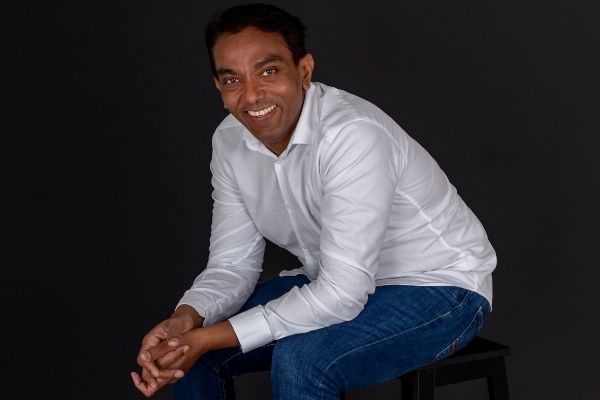 Remie finally had a breakthrough after a call to Dutch border police and a conversation with the chief of immigration at Schiphol airport. ‘I found out that until May 1st British citizens could stay here.

‘I called the chief of immigration and explained this and said they were victimising someone who was ex-EU. He told me that because Emile was British, he could leave at any time. I asked for that in writing and he emailed me to say that they didn’t have a problem putting the stamp on for Emile.

‘I forwarded the email to Emile and the captain of the vessel and Emile was finally able to leave.’

Emile picks up the story:’ When I left in late April, I was questioned about why I hadn’t got a stamp back in but I showed them the email from the chief immigration officer and they were happy with that and let me through.

‘Until the legislation changes and this is addressed, my advice to crew would be don’t go to Holland! I wouldn’t have flown in if I’d known I wasn’t going to be allowed back home again.’

Remie is planning to start a foundation for Dutch yachting members to lobby issues like this all the way to central government, adding: ‘Inserting those words relating to yachtsmen in the legislation is my main goal now to prevent this from happening to anyone else.’

The story doesn’t end there. Carla remains stranded in Holland and because she couldn’t renew her Schengen visa in case it meant she wasn’t ready to travel, she has lost out on three potential jobs already.

‘About two weeks ago, I was very close to getting a job on a boat in Cannes’, she says. ‘They were also willing to help me with my visa renewal but, again, there was no way for me to legally travel there because of this restriction in Holland,’ she adds, ‘so it was another lost opportunity.

‘I am still staying in the apartment where Emile and I were. Like most people, I have financial commitments, mortgages and insurance to pay every month. When you don't know when you'll be able to earn money again, it causes stress because it is completely out of your control.’

Feadship, who own Icon shipyard in Italy, were asked to comment but so far there has been no response.

Before 15 May, yacht crew members outside Europe were refused entry at the Dutch border. From May 15, an exception has been added to the EU entry ban to include seafarers working on yachts over 24 metres in length.

Upon arrival in The Netherlands, seafarers must be able to present to the Royal Netherlands Marechaussee (RNLM) a completed employer’s statement, an invitation from the shipyard and their seaman's book.