Industry » Features » To the Bitter End: How Sailors Have Shaped the English Language
« BACK

To the Bitter End: How Sailors Have Shaped the English Language 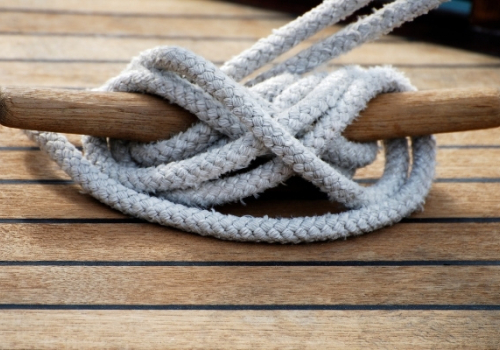 While writing an article recently, I noticed that I’d used at least three expressions that have a clear nautical origin.

This, sadly, was not a rare example of me being clever, but rather shows just how many English words and phrases derive from our maritime past.

Let’s begin, as any proper nautical education should, with our ports and our starboards.

Before boats had rudders, they were steered by a board on the right side, which was known as a steerboard.  Thus it became the ‘steerboard side’.  The left side then became the side on which to tie up in port, so as to not damage the steerboard when docking.

King Henry V1 of England wanted bigger guns on his ships, and ordered cannons too big to be tied on deck in the traditional manner.  He commissioned a Frenchman to solve the problem, who then built doors in the sides of the ship that the cannons could be fired through.  French word for door: porte.

And there you have  it, the portholes we look through each day were originally built to fire a cannon through.   Now that would clear the summertime anchorage in Cala di Volpe pretty quick.  You are too close to my boat.  I can hear your music. Your stews are playing that song by Alicia Keys…again.  Roll out the cannons!  Ah, look at that. You are indeed on fire.

While we’re on the subject of cannons, ‘Loose Cannon’ came from the danger present when a cannon that was tied in place on deck came free of its lashings and careened around the deck, often crushing crew under its heavy wheels.

This expression comes from the barbaric punishment of pushing a sailor on a rope over the side and dragging him under the boat from side to side.  Being put on watch for sleeping in doesn’t seem so bad now, does it.

Letting the cat out of the bag

Reminding us again how lucky we have it, this expression comes from the 9- tailed whip used to discipline sailors, which was apparently stored in a bag made of red material so as to hide the bloodstains.  When the cat was let out of the bag, trouble was coming.

The origins above are not generally contested.  But with the next ones, the waters get a bit murkier. 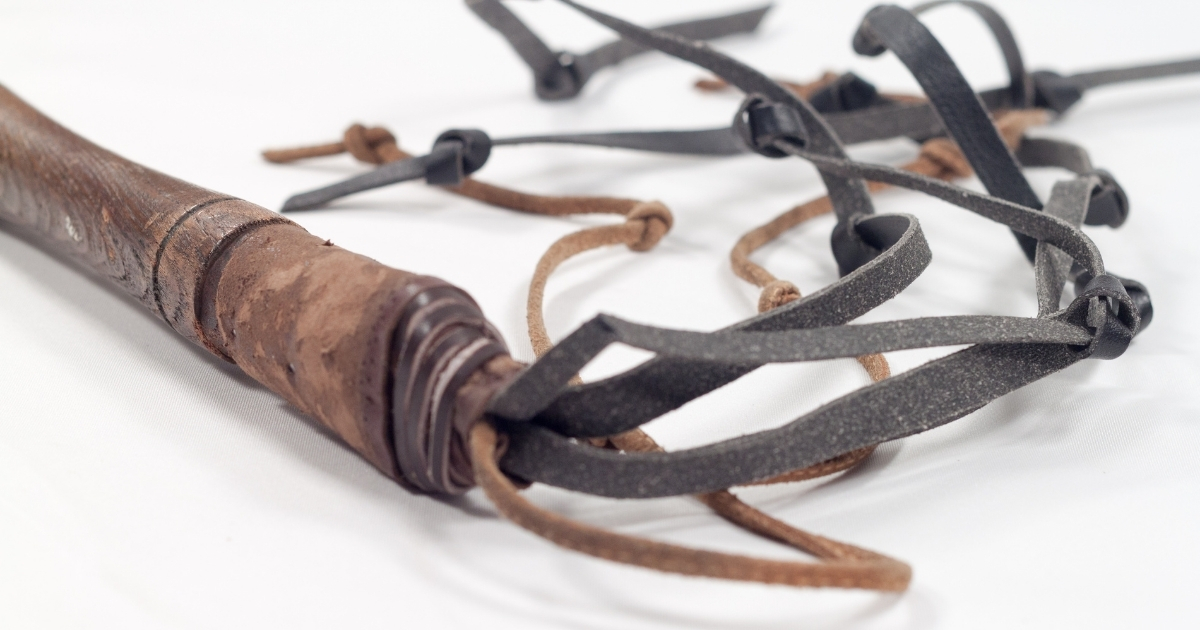 There is quite a fashion for attributing nautical origins to English phrases,  a trend which many commentators put down to a mysterious organisation called CANOE: the Committee to Ascribe a Nautical Origin to Everything.

A word of warning:  If you did look up CANOE, you’d be wasting your time as it is imaginary- unless of course you enjoy  looking at pictures of people wearing fluorescent clothing and helmets sitting  in hollowed out pieces of plastic and bashing into big rocks.

Many of the popular nautical origins of sayings have been, if not disproved, then at least discredited by etymologists (not entymologists, as insects have no place in this story).  This is a shame (not the insect part, although if you were partial to insects I can see how that too would be disheartening), because some of the best stories have been found to be large parts fiction.

In case you aren’t familiar with it, the most common explanation for the word ‘posh’ is that on the ships that passed between England and India in colonial days, the wealthier passengers would be allocated the cabins that received the least sunlight, in order to make their long journey more comfortable.    Therefore, port out, starboard home. POSH.

Apparently this abbreviation was written either on the passenger tickets, or scrawled in chalk on the guest luggage, to help the crew deliver the trunks to the correct cabins.

However, this is where the story starts to take on water, for no ticket has ever been found with the abbreviation POSH on it, nor a photo uncovered where the trunks had those chalk markings.

Considering that many photos have survived from this era, where people gathered on the quay upon departure posing for photos amidst piles of luggage trunks, the absence of photographic proof makes it highly unlikely that the expression POSH evolved from here.

Furthermore, as Fiona MacPherson from the Oxford Dictionary blog rightly points out, this origin doesn’t account for the return journey from India, where the sunlight would have fallen on the other side of the ship, necessitating the abbreviation ‘soph’.

It's a shame the Port Out Starboad Home theory doesn't bear scrutiny, because it’s a jolly good story, and in the absence of an interesting alternative, I am going to hold out hope for a ‘posh’ ticket to be discovered one day in an episode of Antiques Roadshow. 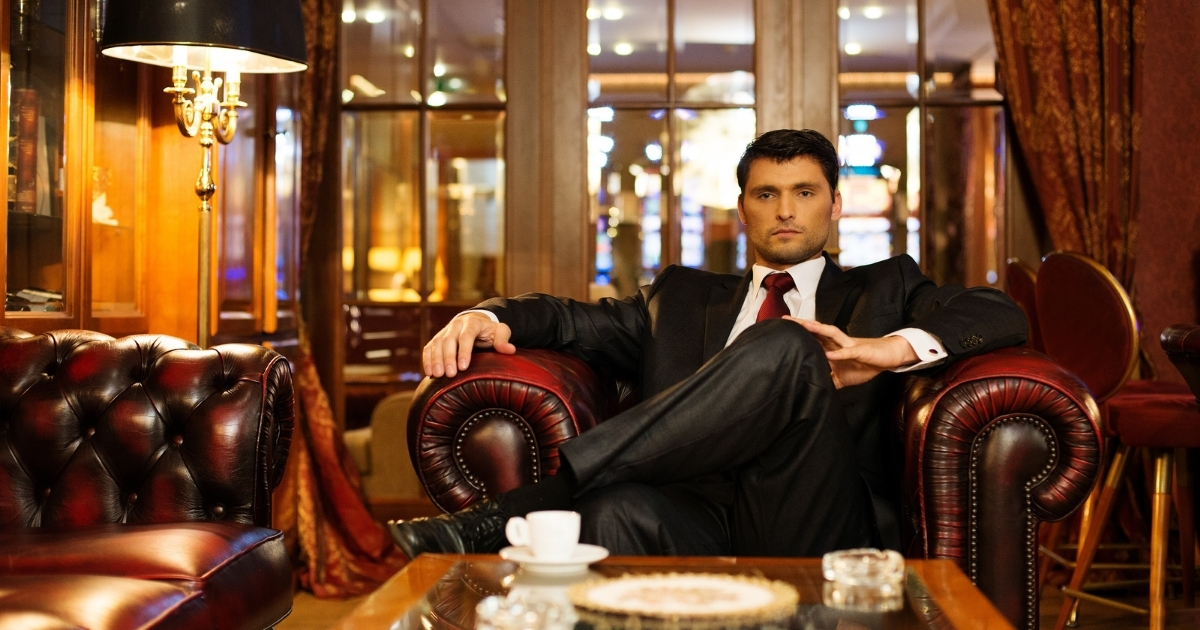 Son of a gun

Another highly contested entry into the CANOE hall of fame is ‘son of a gun’, which has several possible explanations and has been around since at least 1708.

One possible and popular option is that when women were allowed to travel on the ships during passages, that the resulting babies would be conceived or born (or both) on the gun deck.

Another, along the same lines, is that when a baby was born on board with unclear paternity, the child was apparently called ‘son of a gun’.

However, another explanation is a good deal stronger: that a child born to a sailor or soldier, was simply called ‘son of a gun’ as the child of a military man.

As we can’t even manage to be definitive in what sayings like this mean now, it is very difficult to know what they meant hundreds of years ago.  Ask an Australian, for instance, what a ‘bogan’ is.  You’re likely to get a wide range of answers, which may or may not involve the word ‘Holden’.  Language is a funny thing, as our crusty friends at CANOE will no doubt attest.

Another phrase of unclear origin is Hunky-Dory,  the most interesting story offered is that it came from the name of a street in Japan where sailors could find all sorts of pleasures:  Honki dori.

Back on more solid etymological ground now, there is little argument about the following:

Comes from the tradition of arriving in port with blue flags up and a blue line painted on the hull when the boat has lost a captain or senior office on a voyage.  Although it’s possible that below decks they were having a party, given the lashings and keel-haulings mentioned above.

This expression definitely came about when the excess fat from boiling meat for crew meals was scraped off and stored in barrels that were then sold ashore for extra money for the crew.  The fat was referred to as slush, so there came about ‘slush fund’.  Over the years it took on a political meaning for dodgy campaign funds, but also exists still as an expression for extra money made on the side.

Phrases.co.uk gives this quote from The Royal Navy Men’s Advocate, 1757:

Tars whose stomachs are not very squeamish, can bear to paddle their Fingers in stinking slush’, and in the Gentleman’s Magazine of 1756 there appears : ‘he used much slush (the rancid fat of pork) amongst his victuals.’   Victuals is an old fashioned word for food.

That last quote in itself should be enough to get us to stop whingeing to our chefs to have more/less/better variations of burger days.

This comes from a small, triangular sail that set above the other sails on a square rigger.  It seemed, as it were, to scrape the sky. 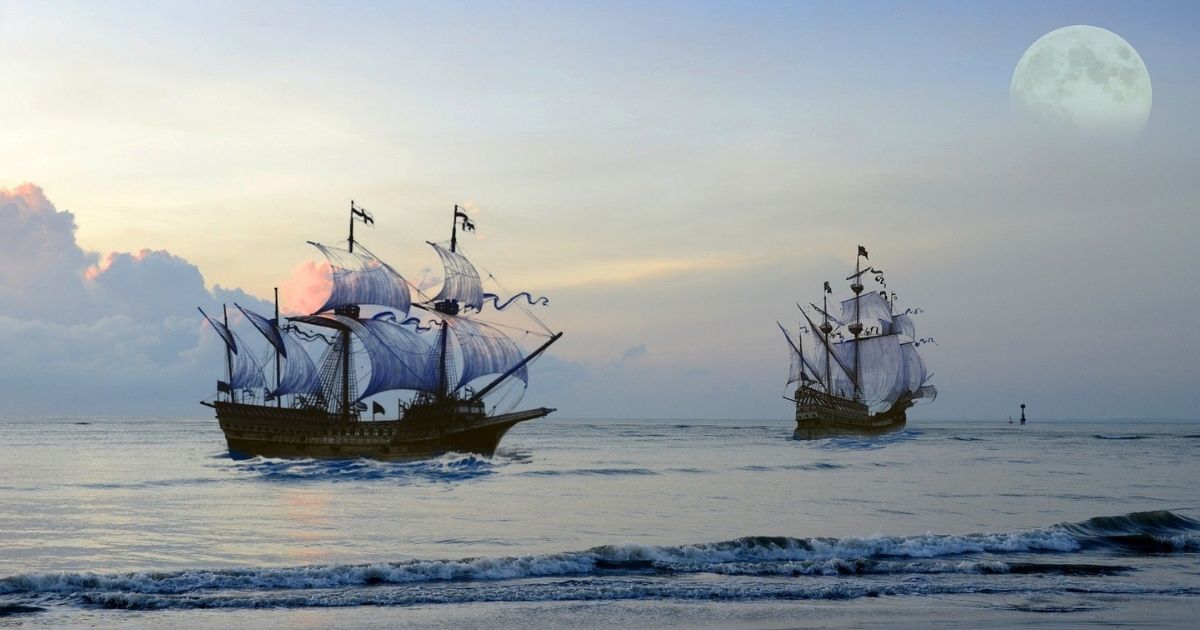 Three sheets to the wind

Now this one has a certain sailing origin, and one which some of us can no doubt relate to.  For those struggling to follow, it means drunk. Not just a little bit tipsy, but the type ricocheting from wall to wall and telling all and sundry that 'I love you, man.'

This phrase comes from the sailing terminology that if three sheets were loose, the sail would flap about wildly and the boat would’ lurch about like a drunken sailor’.  It used to be three sheets in the wind, for the sailing pedants out there.  Tipsy was one sheet, and ‘well on the way’ was two sheets to the wind.

(For those working on motoryachts who might make the mistake of thinking a ‘sheet’ is a sail, it’s not, it’s a line, so if the ‘sheet’ is loose, the sail flaps about.  This is the kind of splendidly illogical terminology that sailors delight in tripping motoryacht crew up with, so be wary.)

As the crow flies

Prior to modern navigational techniques, British ships carried a cage of crows, which would be released to show which direction the closest land was.

is  also a definite entry for the gnarly CANOE lads, as the words ‘taken aback’ used to mean when the sails of a ship were blown flat against the masts and spars and the boat stopped moving forward.

Push the boat out

This phrase emerged from acts of generosity, in the act of helping someone push their boat off the shore.

The meaning changed over time into acts of generosity in the bar, whereby if someone was told it was time to ‘push the boat out’, it meant it was time for them to buy a round.

In recent years it has changed again; now its common use is to spend extravagantly.

As for origin of the word 'yacht'?

The Bitt is a cleat or post on the deck of a ship, for fastening lines. When a line or chain is played out to the bitter end, it means there is no more line to be used.

Next time: Is 'it's cold enough to freeze the balls off a brass monkey' a naval expression? Why do we say 'clean slate', and 'Davy Jones' Locker?'
Please ask a question or tell us which expressions 21st century seafarers are adding to the language!