Industry » Features » The Digital Revolution in Yachting
« BACK

The Digital Revolution in Yachting 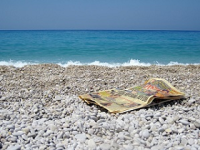 Meanwhile, musicians continued clambering for the most novel way of realising their output: Radiohead’s frontman Thom Yorke via file-sharing system ‘BitTorrent’, as U2 charitably delivered their latest album to unsuspecting Apple device owners (whether they wanted it or not).  All these developments - unthinkable just a decade ago - represent a wider technological and cultural shift that is revolutionising both how we consume content and how we live life altogether.

Unless you’ve been living in a cave, you’ve witnessed the global communication boom firsthand. Many toddlers today can work the basics of an iPad before they can walk or talk. Add to this the meteoric rise of social media, which has been as fast as it has been total. Most people probably own socks older than Facebook or Twitter, yet both services now dominate culture about as comprehensively as the long-established brands. The transition to a digital world has obviously had a major impact on the real one that spored it. Thanks largely to Amazon, iTunes, streaming services and digital publications we’ve seen the decline in CDs sales, and now books, magazines and papers. And those still wedded to physical stuff are increasingly buying it online (again, thank you Amazon!).

British yachties might have noticed an evermore desolate high street on trips home: Woolworths is a distant memory, HMV and Waterstones have seen better days, and other household chains are struggling for a viable future strategy.  In the States, established bookseller Borders has closed its doors for the last time.

The battle of ‘bricks versus clicks’ looks increasingly unevenly matched. We ask what impact this has had on yachting.

The old rule book has been ripped up and replaced with a downloadable app. Every industry has needed to adapt, some more willingly than others. But challenge brings opportunity and while some dismissed it as a passing fad, often to their own detriment, others embraced the new frontier.

The digital shift has had huge implications for brokers, agents and charterers, enabling the shore-based, administrative half of the industry to work remotely, anywhere in the world. At the same time, social media is connecting businesses with relevant communities.

As Fiona Maureso, President of MYBA (The Worldwide Yachting Association) previously said in an interview with OnboardOnline, the broker’s role is essentially about matchmaking; put simply, someone has something to offer and someone-else wants it.  The evolution of online communities has sped up and facilitated the bringing of these parties together in mutual benefit.

In turn, the traditional intermediaries have found their position challenged, while digital upstarts slipped in round the back.

Online operators are now common, giving the more established brokers and agencies a run for their money. With the focus on their online 'shopfront', digital-first companies don't always need exclusive premises at shoreside locations. There’s also no need to print or distribute full-colour brochures when the entirel catalogue is available online through your smartphone. Agility is the key to success in this rapidly evolving marketplace, from marketing to booking berths to completing transactions. Whether established or newcomer, a proper digital presence is now essential.

Social media has put power in the hands of the consumer. Businesses can no longer dictate the agenda, as their customers express themselves publicly and instantly through Facebook ‘likes’, tweets, and other outlets, with the big talking points trending or going viral. Consumers aren’t just interacting with businesses, they are communicating with each other.

C2C (consumer-to-consumer) marketing has penetrated all customer-facing industries, not least the service-led world of yachting and charters.

How brokers, agents and crews manage their online presence, visibility and accessibility, however, is a tricky thing to manoeuvre. Opening up to social media can also expose them to criticism outside the PR team’s control.

Recently, OnboardOnline highlighted a related debate concerning several forums dedicated to rating crews and boats for the benefit of would-be crew members. The providers assert they are offering a legitimate and valuable service, yet others question the level of transparency and the ethics of breaking ranks to slam a crew or captain, particularly in such a small, close-knit industry built on reputation. (Read Lauren Williams’ article here.)

But operations - whether large brokers or individual superyacht crews - can use public opinion to their advantage too, drawing on this readily accessible bank of up-to-date market feedback to inform their strategies.

Those in the yacht industry can also use the wealth of information online to build profiles on their competitors, their clients and their talent pool and be part of that conversation.

Crowdfunding and campaigns for change

Recent years have also seen the introduction of web-based crowd-funding services such as KickStarter, allowing the general public to pledge money to a certain cause, often in exchange for an exclusive treat. One incredible triumph to hit the yachting headlines is the proposed restoration of ‘Maiden’, the sailing yacht captained by Tracy Edwards MBE who in 1989 led an all-female team in the Whitbread Round the World Race. The campaign successfully raised over £44,000 to rebuild the legendary yacht which has since laid in disrepair in a boatyard somewhere in the Indian Ocean.

OceanScape Yachts, a relative newcomer charter company, also started a crowdfunding campaign, in this case to grow their business.  Founder Todd Beechey wanted to bring the luxury of superyacht charters to everyone at affordable prices, not just the super-rich.

Such initiatives, through connecting like-minded people together on this global scale, would simply not have been possible only a few years ago.

Industry ventures are recognising the need for simplicity and remote access. Boatbound, a US peer-to-peer website for boating enthusiasts has utilised smartphone and tablet technology to improve accessibility and grow business.  A statement from co-founder, Matt Johnston, said: ‘We took a new mobile-first approach when rebuilding the site to allow our members to find and book a boat from any mobile device, with just a touch of the thumb, further simplifying the user experience’.

Since early 2013, the leading superyacht broker Burgess has partnered with a digital publishing solutions provider, Stonewash, to deliver its own free app, providing the latest news on launches, listings and charter opportunities in just a few clicks.

These are just a couple of the many thousands of apps available to solve any conceivable problem in dock or at sea.  See OnboardOnline’s ‘Apps and Tools’ section for more information on apps ranging from digital travel guides and tools for troubleshooting wireless networks, to exam revision and even choosing the right antifouling for the job.

The playing field has been levelled; anyone can express their opinion online, or publish a blog, just as anyone can start up a business from their spare bedroom. An amazing opportunity for all... so, what’s the downside?  The answer is editorial control. The old gatekeepers may no longer hold the keys, but with so much content being pushed down our throats daily, how do you filter out all the ‘noise’?  There’s still a need for experts in the field to know their trade and curate the content.

A wider backlash of digital first and the new wealth of information, concerns the business model itself. Many companies are still struggling to establish an effective revenue model to monetise their online ventures. A continuing argument is that the endless stream of free content has only served to devalue it.

In reality, people increasingly want – and expect – stuff for free.  Music-streaming services like Spotify promote the idea that anything should be free and instantly accessible.  Great for the consumer, but what effect does this have longer term on the position of the creator?  It could ultimately strangle the very creative industries feeding it.

Take, for example, the ebook; critics misguidedly assume they should be free or considerably cheaper without the printing and distribution costs.  But this view sadly disregards the vast amount of editorial and production knowhow, time and costs to create the work, long before it goes anywhere near a printer. And then there's marketing... Of course, presentation is critical, but the content itself has value regardless of the wrapper it comes in.

Many traditional print magazines are now available digitally, but they also provide lots of free content online. Would most people still bother to buy a magazine, when they can find the same articles or extracts free?  Web advertising, sponsorship and other pay-per-click solutions will have to play a bigger role to make this viable.

Finally, returning again to ethics, Amazon has been accused of everything from tax dodging and holding authors to ransom, to killing off small businesses with aggressive pricing.  Their barcode scanning app and new Fire phone technology (which allow users to instantly find and purchase the same products directly from Amazon, often at a cheaper price) seem to reinforce the theory that they are using their traditional competitors’ physical shops as showrooms for their own sales, without the burden of the associated overheads.

In this world conducted virtually there is still something that can be said for a physical presence; a real face to do business with. Likewise this goes for logistics and provisions, and hospitality to maintenance.

For all for joys and wonders of email, tweets and streaming, people ultimately still need physical stuff. Guests might argue that virtual Champagne just isn’t the same! Web-based technology might help us distribute and share content, but we still need skilled humans to create and disseminate it. Finally, a thought for yacht crews. We all know that as guest cabins get bigger, invariably crew cabins get smaller. Space is an issue, especially when sharing with others. While you may think you look sophisticated, your fellow roomies really won’t appreciate you bringing your entire vintage vinyl collection and the complete hardbound works of Shakespeare into your shared space.

Now you can have more books and music than you could ever possibly digest in a single lifetime all crammed into a device no bigger than a pack of cards.