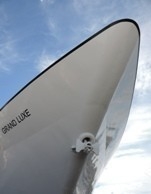 For the superyacht industry, the lead-up to the economic crisis of 2008 was a golden era – a time when selling a multi-million-pound yacht was easier and more profitable than ever before. Demand was at record levels with 261 superyachts, worth a collective US$5.4 billion (£4.6 billion), delivered to new owners. Shipbuilders also signed 241 new-build contracts prior to the calamity of September.

This year's (Super)Yachting Index, published by Camper & Nicholsons, confirms that last year marked a post-crisis low, with only 169 new yachts delivered worth a total of US$3.5 billion (£3 billion).

Yet for many shipyards the crash was no surprise. Michael Breman, sales director at Germany-based Lürssen Yachts, said some builders felt the crisis looming and worked hard to sign as many new-build contracts as possible before it did. “I don’t think the crisis struck unexpectedly and we had gathered enough food for the winter, so to speak,” Breman said.

The report suggests it is the smaller, newer shipyards that are suffering most acutely. In 2008, 110 shipyards delivered new yachts compared to only 90 yards the following year.

By 2012 a total of 152 new-build contracts went to just 63 shipyards, leaving a further 47 shipyards unaccounted for.

Speaking to Theo J. Hooning, secretary general of the Superyacht Builders Association (SYBAss), he says, “My impression is that the yards with the heritage, the pedigree, are doing better than the startups.” There are only 25 shipyards that consistently build yachts larger than 40 meters, and according to Breman, “These 25-odd yards, they have about half the order book of boats over 40 meters. So the single boat-builders – that number has dwindled.”

At the same time, an abundance of stock has slowed growth. At the height of the crisis over one third of all superyachts were up for sale, and prices were forced down in a buyers’ market.  According to Billy Smith, vice president of US -based Trinity Yachts , “Big inventory is a problem. When there’s a lot of product available on the market, the owner is more likely to find something they like and not wait the two-to-three years to build a boat.”

All of these factors impact on the overall health of the superyacht industry which is measured according to the number of new builds delivered each year, their size, and their price. Given the two-to-three years it takes to build most yachts, the negative effects are slow to materialize, but each year since 2008, the number of new-build orders has dropped, as has the average size and cost.

Some experts believe the market has simply returned to a more natural state.

According to Nada Serafini, brand manager of Italy-based Pershing Yachts, part of the Ferretti Group, “At a certain point, it became probably too easy and too fast.” Water finds its level, and perhaps as Breman suggests, “We should all get used to the fact that the levels of the market today are the normal levels. We have gone back to the levels of 2001 and those years...So the whole industry, from suppliers to shipyards, all better get used to the fact that this is it.”

The numbers would be even lower without the growth of new owners from emerging economies, making up a combined 45% of buyers in 2012. Turkey ranked third after the US and Russia, while Hong Kong, China and Brazil now feature in the top ten. In particular, sales in Asia jumped from 3% to 11%, not yet the boom widely anticipated, but a positive sign of things to come.

Even in difficult times, the global economic impact of superyachts remains immense. The yachting industry directly employs hundreds of thousands of people, as crew, as well as the global army of skilled workers that design, build and maintain these floating mansions.  When you add in the services for training, management, legal, finance, ports and security, you begin to get a picture of wealth distribution at work.  Factor in the countless provisioners that supply food, wine, linens and cleaning products, and you realise this industry is a colossus, and its money trail stretches across the globe.

According to Ken Hickling, President of the International Superyacht Society (ISS), when you compare superyachts to all other high end industries, including jewellery and private jets, “It’s the most work-intensive because it’s a craftsman’s industry. So for a 65m superyacht, you have 2,450 people who are putting their kids through college, or paying off their mortgage, or doing all the things that regular people do. Because it is bluecollar and whitecollar workers who build superyachts. It’s not the wealthy who get wealthy from superyachts. It’s people like you and me.”

Owning a superyacht will always be a luxury for the very few but, as Hickling is keen to point out, “Aside from charitable giving, superyachts are the most effective way to extract money from offshore funds where the wealthy keep their money and put them into the wages of regular people.”