Industry » Features » Selling the Experience: Re-thinking how superyachts are sold
« BACK

Selling the Experience: Re-thinking how superyachts are sold 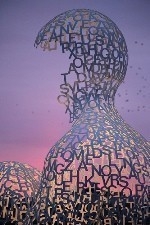 A sleek white boat sits at anchor. At the bow stands a slender white woman in a seductive white bikini. The boat and the woman rest idly in the protection of a bright blue bay, hemmed in on the sides by a sliver of white beach set against a tropical forest set against a reflective blue sky. The hull shines, the water shines, the woman’s skin shines. Everything shines.

It’s beautiful imagery – there’s no doubt about that. It appears in every boating magazine around. But does it sell boats? Of course it has. It worked for decades. Selling the vague image of decadence got the industry this far. But has it reached its limit in attracting new owners and new charter clients to the industry? And if so, what is it that people do want to see?

That’s the question some industry insiders are asking. There is a huge swathe of potential clients left untapped by the superyacht industry – people who have the means but haven’t been convinced to purchase a yacht. Maybe they haven’t been exposed to yachting. Perhaps they don’t understand what’s involved. They might not even know what they can do on a boat. All they see are advertisements of beautiful people sitting on beautiful boats sitting in beautiful places. And for whatever reason, they appear to be unswayed by the glitzy ads.

This theme came up repeatedly in conferences and conversations at the Fort Lauderdale International Boat Show in October. With shipbuilders fighting against the steepest declines for new orders in yachting’s recent history, there are a lot of questions about how to get people buying again now that the global economy has begun to right itself. A number have looked to emerging markets to take up the slack – pushing the same flashy advertising spreads in Eastern Europe and Asia. However, others are more interested in continuing to work in the well-established markets of the United States and Western Europe. The growth potential is still there, they say, and in great numbers. They just need to change their approach. “If you open any magazine, you will always see a boat. You will see a boat and not what you can do with the boat,” said Farouk Nefzi, the director of HISWA Multimedia BV, a Dutch shipbuilders and watersports trade association. “And so, from a marketing perspective, no one has dared to cross that line. We are a very conservative industry, so we are getting there slowly.”

There is a new generation of wealthy clients who aren’t sold on a beautiful image. They’re sold on an idea – on an experience.

“I think it’s the overall experience that people get attracted to,” said Charlie Birkett, partner and group CEO at Y.CO. If you give people a taste of what experiences  they can enjoy with their friends and family – offer a sample of what a couple of weeks on a boat is really like – then you’re much more likely to sell to people who wouldn’t have otherwise considered it, he said. “That was our philosophy from the beginning. It’s experience. You’ve got to be out there.”

Y.CO and HISWA aren’t the only companies or associations interested in the idea of marketing the experience. The Superyacht Builders Association, or SYBAss, has unfurled a new campaign called: “The Superyacht Experience.” Its aim is to broaden the base of potential clients for the industry, though the campaign’s specifics have yet to be developed, according to SYBAss Secretary General Theo Hooning. The association is in the process of determining the scope of the project and how it will be organised within SYBAss. All that is currently available is that all SYBAss’ business-to-consumer communications will be issued under that name, Hooning said by email.

And so it does appear that the industry is slowly moving away from – or at least diversifying – the old marketing scheme. At the same time, there are some who are also attempting to better control the message that appears in the mainstream media about superyachts, which many feel has been unfavourable. At the centre of that, as well, are a number of ideas centred around this idea of “The Experience.”

Recently, Laurent Fabre was named president of Beneteau America. A number of people at the Fort Lauderdale show commented on his hiring, calling it a great choice. It was a great choice, they said, not because he was a technical boat-builder, but because he’d come up through the marketing department. After all, the company already builds great mid-level yachts. What they need is someone to sell them. “The way we market the boats now is very different,” Fabre said, sitting in the lounge of one of the yachts Beneteau exhibited at Fort Lauderdale. The sun sank in the sky as the busy day wound to an end. “If you look at the traditional media – the press – the only reason I am advertising in the press is to get some kind of advertorial,” he said. He will buy a flashy ad to appear alongside editorial content featuring a relevant sea trial of a Beneteau boat – not because the ad works, but because he wants the editorial content. “I will advertise in a magazine only because I know that that magazine will go through a sea trial on my boats and give me some editorial. Otherwise, the ad in the magazine is worthless.”

Consumer behaviour has changed, according to Fabre and Nefzi. Almost from the outset, the industry has been oriented toward the technical side of the boats. “We have always been dominated by technicians,” Nefzi said. “So, the industry always was oriented on the process, the building of the products and not selling it. And that’s simply because it was not needed. The sky was the limit and everyone came anyway.”

But that has changed since the financial crisis. The tide of consumer confidence had already been shifting, but slowly. The financial crisis only hastened it along. It’s now much more of a consumer-driven industry. And like the luxury car market, the yachting industry needs to learn to better profile itself, Nefzi said.

In addition, the industry is fighting upstream against a perceived demonization of wealth. Embroiled in that debate, costly luxury items like yachts and private jets often get caught in the crosshairs of political rhetoric. After the “Big Three” American automakers – Ford, General Motors and Chrysler – ran into trouble in 2008 and executives flew to Washington, D.C., to seek public funds, there was a massive backlash. And while the backlash was directed at the executives, it was the private jet industry that really suffered. Orders were cancelled almost overnight. Prices dropped by nearly 50 percent, according to the Wall Street Journal. And while the industry is slowly taking off again, its numbers are still only about 30 percent of where they were prior to the publicity nightmare, according to other reports. Similarly affected, the superyacht industry has been slow the last four years. Trinity Yachts has been delivering new builds during that time, though they haven’t been taking as many orders, said William S. Smith III, the company’s vice president.

“I have a feeling there’s recession fatigue and these guys are going to get on with their lives,” Smith predicted, though he added that the attack on wealth is not helping matters. “This whole political, ‘one-percent,’ attacking the rich, has driven a lot of these owners underground. We’ve lost – well, there’s one contract that we lost because the guy eventually said, ‘I can’t be seen building a yacht.’” And so the hundreds of jobs that would have been created were lost, he said.

It is at least in part to counter this trend that HISWA teamed up with the Discovery Channel to produce “SuperYachts” – a new six-episode documentary series about the Dutch shipbuilding industry. The series is not yet completed, though a trailer has been released. “I think this is a huge step forward for the industry,” Nefzi said. “Because this industry is not only about luxury and the lifestyle of a certain elite. But what we’re trying to show is that this industry is about working to maintain – especially in Holland – innovation, craftsmanship, family entrepreneurs, family-owned companies.”

And jobs, too. “There is so much labour – not during the new build only, but during the commissioning and the refit and the after service and during the whole lifecycle of that yacht there are people working on it,” Nefzi said.

In another move, HISWA changed the format of the Amsterdam In-Water Boat Show this past year to translate the event into an experience. They divided the show into four islands with unique themes to demonstrate how the boats can be used. “It’s not the boat,” he said. “The boat creates the momentum for you to experience something. It’s either freedom or privacy or moments that you have on the water. It’s that experience that you want to bring across – not the technical element of the boat.” HISWA’s reward for the changes: 36 percent more visitors than the previous year.

By focusing on the experience – or at least diversifying the industry’s marketing campaigns – a number of people believe the industry can attract new clients. At least, that has been the idea behind Y.CO’s newly revamped website and the promotional videos they have commissioned.

“The sole purpose was to attract new people into yachting,” Birkett said. “Maybe they met a yacht broker at an event, but there’s nothing to show them actually what they can experience. That’s why one of our brand terms is ‘experience.’ And that can mean anything. But, essentially, it’s what you can do on a boat.”

In order to do just that, Y.CO has begun to develop a series of promotional videos designed to do just that: exhibit what you can do on a boat. The first video is a montage of a family vacation on board S/Y Vertigo. It shows family meals, kids awaking their parents, group snorkelling, relaxation and plenty of laughter – all set to an upbeat and exciting song in the background. It was set in the Maldives, but it could easily be a Mediterranean or Caribbean experience, Birkett said. And soon, Y.CO plans to other innovative marketing tools based on experience.

“I think the trend on charter is that younger, more active, more adventurous people are chartering. They’re much more physical than they were 10 to 15 years ago,” said Bruce Schattenburg, director of U.S. operations at Y.CO. “They want to really get out and experience everything the yachting lifestyle has to offer. And when you see the promotional material, it just makes you want to get out there.”