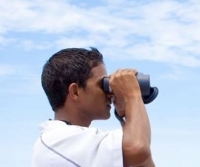 There are a lot of people in the yachting industry willing to offer up advice, and it seems nearly everyone has an opinion to share. On any given night in Antibes, you can find crew willing to debate the finer points of the yachting life over a few beers –  from the merits of new courses to how to deal with crew disputes or non-payment.

However, if you’re looking for something a little more grounded – and perhaps a little more sober – you might try walking two blocks west and turn down Avenue Mirabeau where you’ll find the Professional Yachting Association (PYA).

The PYA is run for crew by crew and its mission is to champion crew causes. “The association was originally created to safeguard the employment of the yachting professionals in the industry at the time,” says PYA President Andrew Schofield. But since its inception in 1991, its role has expanded greatly.

It now works with government agencies to make sure training and certification requirements are relevant to yachting and facilitates partnerships to streamline bureaucratic procedures. It offers up a free and secure space in the cloud to store all of your work documents. And it’s a reliable place to get intelligent advice on just about any crew-related topic.

The PYA works to protect and to make life easier and less complicated for crew. For that reason, it’s perhaps the most beneficial association membership available to individual crewmembers. While other associations work to promote and protect the industry as a whole, the PYA focuses their energies on promoting and protecting crew: the most elemental building block in yachting.

Professional yachting in the modern age has become a minefield of qualifications and certificates. The PYA help crew navigate the minefield, and negotiate with government bodies to ensure that incoming regulation is relevant to the luxury yacht sector. The situation might be much worse without their advocacy.

“PYA’s most important role now is to continue its ongoing dialogue with the Maritime Coastguard Agency (MCA) to ensure that training and qualifications for the future are in keeping with the industry requirements,” says Schofield.

“We are now the body which represents professional yachtsmen and women in the superyacht sector,” says PYA Honorary Secretary Jane Hardy. “The MCA now ask us to consult on new qualifications and legislation which affects yachting before it comes into force. This allows us to try and head off at the pass anything which is unworkable in our very specialized sector.”

This type of advocacy has paid dividends in the past and did so again recently, says Hardy. The PYA plan to make an announcement to that effect soon, regarding an issue that will affect chefs on British-registered commercial yachts. At the same time, the PYA’s heavy involvement in training and accreditation has given some in the industry the false impression that the association is actively involved in increasing certification requirements – thereby complicating lives instead of simplifying them. However, Schofield says this is not the case.

“There does appear to be a misunderstanding in the industry about some of the work PYA carries out,” he says. “PYA do not impose new courses for crew; we regulate existing training and aim to ensure that new training requirements are relevant to our industry.”

The PYA also provide oversight in other areas, as PYA Training and Certification Director Joey Meen points out. For example, after PYA conducted a survey on the suitability of current tender-driving training, it quickly became clear that the established training had some weak points.

“Unsurprisingly, it became evident that many captains were concerned that many aspects of the training are lacking – most importantly, no night time navigation training nor guidance on how to care for guests while onboard the tenders,” says Meen. “We are now working alongside the RYA [Royal Yachting Association] to improve this training given that, for our younger deck crew, this is one of the most important parts of their job.”

As yachting has grown more mainstream, it has attracted professionals from many different walks of life. There are those with hospitality backgrounds who need a little schooling in how to tie a bowline or what to do in the event of an emergency. And there are those with boating experience who need to learn how to (and, more importantly, how not to) talk to a guest. And if we’re being honest, there are probably a few who need some schooling in both.

The point is that, as the industry has grown, it has had to adopt a standard of conduct and practice. The PYA is there to make sure those standards are followed.

“We have seen many new courses popping up over the last few years and we try to ensure that they are appropriate to the industry,” says Meen.

The PYA gives their stamp of approval through the accreditation of various courses. In order to achieve accredited status, a course must be determined to be suitable and relevant to the target market; there must be a Quality Management System in place; and instructors must be qualified. “Any training provider accredited with the PYA has continuous support and assessment, to ensure that the training needs are kept relevant and the standards are maintained,” says Meen.

The PYA also created its own training course called “GUEST.” The curriculum was created due to great demand within the industry for a more interior-focused training regimen because the traditional onboard training was no longer considered viable anymore on many of today’s busy yachts.

“We were constantly hearing from our members that there was a great shortage of experienced stewards and stewardesses who had the required skills for the type of service they are expected to provide,” says Meen. “The GUEST program now allows both newcomers in the industry to gain important skill sets, but also those who are already established to follow a career path and gain proof of service and recognized qualifications.”

The GUEST program establishes the foundations of interior service: food and presentation, service and sanitation, barista and wine education, even first aid and survival. This new training model focuses attention on a section of the industry that has been traditionally overlooked: the interior.  While this has traditionally been a largely female department, things are changing, and the PYA are adapting their focus to suit.

These days, with the plethora of courses offered and the cost and time involved, planning your career progression is more important than ever.

The PYA employs three full-time staffers in its Antibes office who are dedicated to helping members navigate the bureaucracy. They offer straightforward, practical and up-to-date advice about training and certification issues. “The PYA staff is a mine of information and are always there to explain and assist our members in what has become a complicated and ever-changing qualification structure,” says Hardy.

Not only this, but PYA has formed partnerships with existing companies to establish 20 regional offices across the globe – from Australia to the United States. This frees up PYA members from the hassle of sending original documents by post to the PYA office in Antibes; regional offices can “sight original documents” in the PYA’s stead, saving crew time, money and hassle.

“There is no doubt,” says Schofield, “that the PYA’s Service Record Book is by far the most important service we offer to our members. It is a vital tool, not only for recording the required sea-time and certificates our members have accumulated, but also for easing the way when applying to the MCA for examinations as no further paperwork is required.”

All of that is possible because the PYA verifies every entry of sea service and, due to this, the Service Record Book can be submitted on its own, without the original testimonials.

An eye on the future

Given how tech-savvy the industry has become, the PYA also offer ProFiles for free on its website. It’s a secure vault in the clouds to store all of your maritime documents – records of seafaring training and experience, passport, CV, CoC, course completion certificates, sea service testimonials, references, and really just about anything else you might want to keep secure. It also makes sharing ProFiles and your documents simple, making it easier than ever for employers to review your credentials.

ProFiles are just one example of how the PYA is keeping an eye on the horizon. The industry is shifting quickly and the PYA is working to keep crew informed. In addition to offering the Flag News service – a newsfeed on new legislation across the industry – PYA also offers training seminars throughout the year.

This year, the PYA are offering 15 seminars worldwide at international yacht shows. The aim is to offer continuing professional development for crew of all levels.

“The purpose of these seminars is to keep crew up-to-date on changes in their sector, including training and certification, builds, regulations, as well as to simply enhance their level of knowledge in different areas,” says Schofield.

The goal is not only to keep crew informed and engaged, as continuous professional development is now par for the course. But it’s also to help keep the PYA on top of the latest developments and concerns from crew.

“[The seminars] offer a chance for crew to have their say and give us the feedback we need to better represent them,” says Schofield.

In the end, that’s what the PYA works tirelessly to do: represent crew as best it can.

The PYA and RYA need your help putting together course materials, if you have any photos or experiences of tender use onboard, please see details here.