Part 3: Perspectives on Safety in Yachting
To see the full schedule click here.

I have watched the growth of the superyacht industry over the last 27 years and I must state at the outset that it is one of the most exciting and stimulating careers at sea that anyone could have. My nephew got a job on a superyacht thirteen years ago.

I didn’t get him the job; I just gave him board and lodging for a couple of weeks. He did the rest himself; he got himself day work and then a couple of charters in France and finally a full time job on a yacht based out of South America.

I had always viewed my nephew as a cocky, spoiled little brat! Well, I was very wrong. Two years working in the superyacht industry on a busy yacht through hurricanes and other ordeals did not actually change him into someone else, but it made him realise what he could do.

He came ashore early (it was a career in superyachts or marriage to his lovely wife – no contest, I can assure you). Now in his forties he is still very much the same driven young man… only now I LIKE him! His short career in superyachts smashed open the walls of a mental glass prison that many talented young people are constrained by - he is now a senior and sought-after executive in the rail freight industry.

I'll come back to the transformative potential of a career in superyachts later, but first there are some things that we really need to fix if we want people to take us seriously as a career option for their children.

We don’t train people properly for working in superyachts. If you want to be an airline pilot you have to spend 100K on training and pass rigorous exams before you can touch anything in the cockpit of an Airbus. If you want to be a lawyer, quite apart from all of the study required, you must spend a year or two as an articled clerk or pupil, earning peanuts, before anyone will take you seriously. To be able to work as a car mechanic or a bodywork sprayer, an extended apprenticeship is needed.

You can double the income of a junior car mechanic if you find work on a superyacht and yet you only need to to do five days of basic safety training. And how much of the information learned on this course is retained by the crew? Not much I can assure you.

Training at later stages in the career path does not fare much better. We nautical schools provide a lot of generic training in navigation, seamanship, meteorology, engineering principles and procedures etc. Much of it starts to fade within days of the final exam and most of it is never revisited. How did we get to this position? 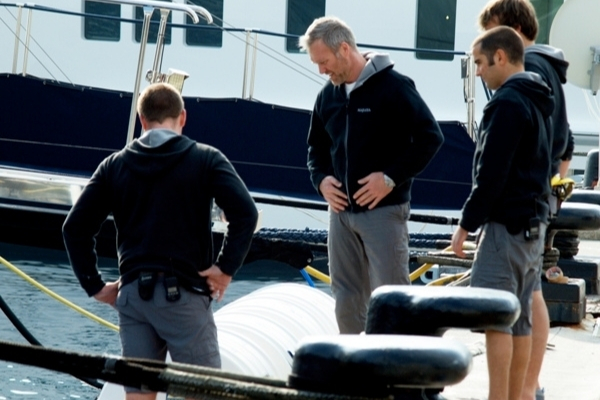 It is actually very simple. Before the early 90s no qualifications at all were required to run superyachts. None at all at any level from Master and Chief Engineer to Deckhand or Stewardess. Under 80 gt for non-commercial operation no certificate of competency was required. Because large yachts were not considered part of the merchant navy a ‘blind eye‘ was turned when the size of yachts exceeded the 80 gt limit where full unlimited certification was required.

In 1992 the UK clarified what had been a grey area. Many merchant ships were and are chartered; so did the act of chartering itself make the vessel commercial or the activity that it undertook, carrying cars, bananas, or paying passengers? The 1992 “Vessels in Commercial Use for Sport and Pleasure” Regulations removed any doubt. If the owner received payment in excess of the direct running costs of the vessel then it was to be considered commercial and therefore should be treated as a commercial ship. OUCH!...

There was barely a superyacht on the planet that would be able to get a loadline certificate or conform to the SOLAS convention. Very few crew had any Merchant Navy certification. Superyachts would either have to operate illegally (unlikely) or, what was already a multi-million dollar industry, already with 1400 superyacht over 30m, it would have to cease and thousands of crew would be laid off. 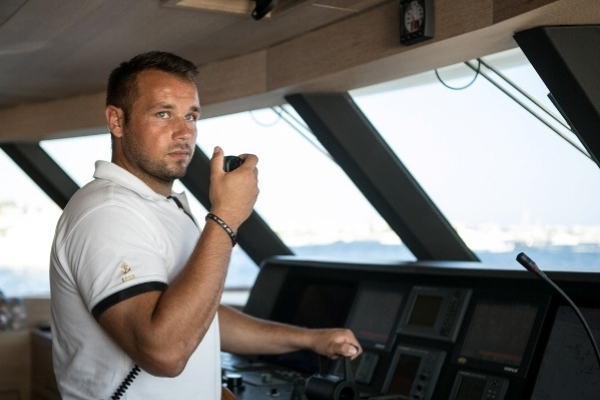 It was at this point that the UK Marine Safety Agency, which became the MCA, first showed global leadership by introducing the Code of Practice for the operation of large commercial yachts. The Large Yacht Code, as it became known, addressed this exact problem and provided a way for superyachts to operate lawfully. The second version, LY2, was presented and accepted by the IMO, establishing a global standard. LY3 raised the safety bar even further and LY4, to be called the “Red Ensign Code” is being launched at this year’s Monaco Yacht Show.

The possibility of operating lawfully as a charter yacht facilitated a huge expansion in the number of new build superyachts, and yachts were now routinely built to LYC standards whether or not they were intended for charter, since it affected their re-sale value. In 1990 there were 1360 superyachts afloat and by the end of 2016 this number had risen to 5634 - that's a rate of between 200 to 350 new launches per annum!

This spectacular growth in both the number and size of superyachts over the last 20 years has created a huge demand for crew. At Bluewater we have over 100,000 yacht crew on our database drawn from all over the world with nearly 60% of them being under the age of 35.

In 2012 the overall number of crew was concentrated around yachts under 55m.

Today larger yachts would be more represented but I don’t believe much has changed. I have no figures for the numbers working on yachts under 30m – but it is clearly a lot!

So let’s summarise what we have here: 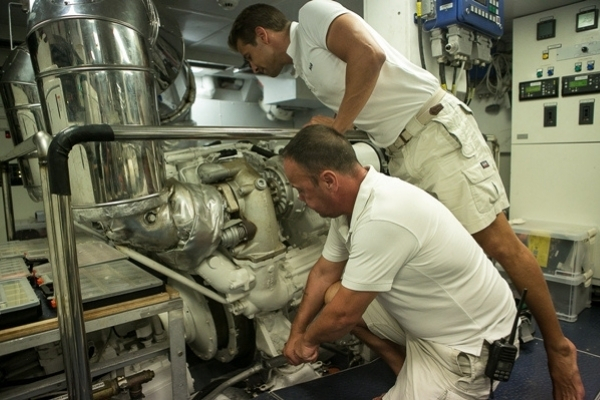 Am I being unfair? As far as onboard training and mentoring is concerned... NO.

There are some exceptions but I’m afraid that overall the situation is WOEFUL. For example, candidates who arrive in one of the schools for Officer of the Watch Nav & Radar are RARELY at Yachtmaster Offshore level in their knowledge or abilities. This can only be because they are not required or encouraged to maintain their skills onboard. The knowledge and skills imparted on any course that we colleges run will begin to fade the day after the course unless it is maintained by a conscious effort onboard.

But I am being unfair. Just because someone has an unlimited Certificate of Competency does not mean that they are going to be great yacht crew; far from it. There is much to know, many skills and behaviours to acquire for which there is no formal training. Experienced yacht crew are usually VERY good in the skills which concern guests – they use them every day so they are kept current.

What Needs to Change?

The superyacht industry at sea has grown so fast and has such a young demographic profile that it has not had time to develop the habits and behaviours of a more mature industrial sector. This has to change and there are several signs that it is indeed changing.

Superyacht builders have been frustrated by the level of knowledge of crew for years. They invest a lot of time and money in building a beautiful piece of maritime craftsmanship, often with cutting-edge designs and technology. They make sure to train the crew on how to operate it. A year later many of the crew have moved on and because there is no training culture onboard, knowledge fade can be almost total and it’s a fact that many warranty issues are caused by crew mistakes.

One yard is currently investigating how to create a pool of engineers qualified in its systems which they can rotate around their fleet of yachts after launch. Others are introducing ‘no training – no warranty’ clauses. Shipyards are actively seeking solutions. 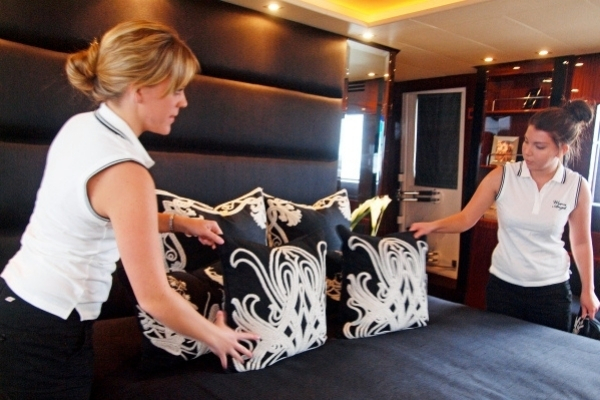 There is a working group, appointed by the MCA, to overhaul the OOW TRB. The aim is to require candidates to provided EVIDENCE of having accomplished something. Maybe to draw the bilge system on their yacht or show their calculations for sunrise or, describe in detail with photos or drawings a particular mooring or other operation. Consideration is also being given for the TRB to be online, so that photo and video evidence can be uploaded.

The PYA should (a personal view) create a framework for crew to be able to showcase the knowledge and skills they have acquired or actively maintained. Certain courses, seminars, conferences or chef competitions could be given points and then entered into the Service Record Book as already happens for seatime. Having a CPD Score could allow a recruiting yacht to differentiate between a candidate who has invested in themselves and one who has not.

MYBA ran a survey in 2015 asking a cross section of senior industry professionals, both ashore and afloat, which skills they would like to see in entry level crew if a training programme could be created for them. There was a very good response and some surprising findings. For example a high degree of polyvalence was desired (engineers who can mix cocktails, steward/esses who can tie knots and deckhands who can fix simple outboard engine problems etc.) AV/IT skills were also desired. 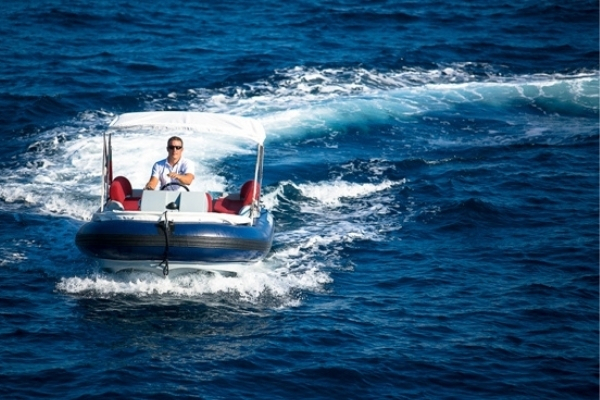 The PYA and MYBA (and perhaps SYBAss too one day?) are supporting the creation of an apprenticeship standard for 16 – 18 year old students, which could be delivered in schools and FE colleges in any country. It will define the ideal skill set for a junior crew member starting out. In our industry we have plenty of graduates with degrees in Botany, Astro Physics or (in my case) History and Archaeology.

It would be great to have a few more motivated youngsters with bright personalities, practical and ‘people’ skills, perhaps not destined for university but too many people try to go, in my view. Perhaps they think they are not very clever but in my experience this is often wrong. A lot of people end up in boring dead-end jobs who would thrive if given the opportunity to work in superyachts and expand their horizons.

If we want our industry to offer a meaningful career path we need to take our own personal development more seriously. We need to learn how to run effective onboard training (which requires thought and effort), how to motivate, inspire and provide leadership.

This is beginning to happen now; things are set to change.

John Wyborn is a director of Bluewater, a yacht brokerage, charter and management company and a provider of crew training and placement services to a large proportion of the yacht crew population. He is Bluewater’s representative at MYBA (the worldwide yachting association), is on the council of PYA (the Professional Yachting Association) and is Deputy Chairman of IAMI (the International Association of Maritime Institutions).

John joined the Royal Navy as a seaman officer after university and served on various types of vessels including frigates, destroyers, and finally in command of HMS Mentor; a navigation and seamanship training vessel teaching RN trainees and foreign navies. In 1991, he co-founded Bluewater, continuing his training role by building the largest training provider dedicated to the yachting industry.