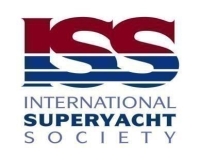 Ken Hickling found himself sitting as a panelist at the 2011 Global Superyacht Forum. It was November in Amsterdam. As president of the International Superyacht Society (ISS), Hickling had grown very familiar with the city at this time of year. He was used to spending more than a week inside the cavernous interior of the RAI – the convention centre which hosts the SuperYacht Pavillion at METS, followed immediately by the Global Superyacht Forum every year.

The panel discussion two years ago had to do with ethics in the superyacht industry. Hickling hadn’t been scheduled to be a panelist, but he’d been speaking with Martin Redmayne, the chairman and editor-in-chief of The Superyacht Group, and had been surprised to hear two stories about people who’d considered buying superyachts but had decided to abandon their plans after concluding that there was too much corruption in the industry.

Hickling carried along the conversation, and his opinions about it, to James Lawson, a partner at Hill Dickinson LLP, who asked Hickling to join the panel discussion. “And before I knew it, I was on the panel,” Hickling recalls. After some discussion, one person suggested that someone should do something about it and Hickling was dumbfounded when the room had trouble thinking of who that should be.

“And I said, ‘Somebody? You already have somebody,’” Hickling recalls telling the group.  “’You have an international organization. Why not get them to do this?’”

Hickling was asked whether that meant the ISS would take it forward. “Yes,” Hickling said. “We will take this forward.”

The episode reflects both the ISS’s most pervasive problem and also its great potential. It is an organization positioned to serve in a leadership role that is too often overlooked. There are those who still don’t fully understand the role the ISS plays in the industry. They don’t know what it does. This is often used as an excuse for not joining.

The paradox is that without membership and the force that comes with numbers and financial backing, its resources and reach are limited. To those people, Hickling has a blunt rejoinder: “We don’t do as much as we should or could and that’s because you’re not a member.”

Even with limited resources, the ISS has struck out on a much more ambitious path in recent years. In addition to networking and awards, it has established itself as a leader in the industry – a vehicle that is able to tackle tricky issues and speak on behalf of the industry in a unified voice. Now, people seem to be listening.

The Superyacht Society was founded in 1989 as the industry was on the cusp of rapid growth. Not long after, it re-named itself the International Superyacht Society. At its heart, it was an organization designed to work as a conduit for its members’ success. It achieved this spectacularly well as a haven for networking.

“I have always said that joining ISS from the earliest days of ISS and participating in ISS was probably the number one factor in what made the difference between me being able to grow The Crew Network into something that was a large international company as opposed to a crew agency today that is still one or two offices,” says Norma Trease, a member of the ISS’s executive board and the Director of Salamanca Group’s Marine Division. After working for years as a yacht chef, Trease founded The Crew Network. She joined the ISS shortly after and has served as vice president and treasurer over the years. “So I moved from Fort Lauderdale and Newport to France and New Zealand and the U.K. and a lot of that had to do with the depth and breadth of my personal contacts, who, just like me, want to do business with people they know,” she says. “And I met a lot of people  – and I still meet a lot of people – through the ISS.”

ISS Vice President Dieter Jaenicke joined initially for similar reasons. Jaenicke is the founder of Viking Recruitment. They worked exclusively in the commercial sector, but began moving into superyachts around 2003 after placing a captain on board M/Y Octopus. “Our reason for joining was the networking,” he says. “We got involved with the ISS. We became members. And we felt it was a very good conduit to meet those people in the industry that would help us move forward.”

The ISS still serves that purpose very well. Trease and Jaenicke were very complimentary of the opportunities their membership and role in the organization afforded them.

“High-level professional networking. It’s absolutely key. ISS provides a platform and opportunities for the leaders of the industry to meet and speak together person-to-person,” Trease says. “At the Fort Lauderdale Boat Show, we had almost 400 of literally the very top people in the industry worldwide all in the same room to hear the awards and then to celebrate together, to see each other, to communicate new and interesting things, to make contacts.”

The ISS Design and Leadership Awards Gala takes place every year at the Fort Lauderdale International Boat Show. The awards are another area where the ISS stands out, because they are the only peer-voted awards – voted on by the membership. “ISS nominates the finalists. ISS votes on the finalists,” Trease says. “The validity of it is, I think, unquestionable.”

A conduit for more

Over the years, however, the ISS evolved into an organization focused on much more than networking. It grew in numbers, which meant it grew in scope. “What we observed is that there are definitely some broad industry issues – things that affect all of us either directly or indirectly,” Hickling says. “And what we did in the ISS some years ago is to identify some of these broad issues. We felt we should develop a policy and ultimately a strategy and action plan on how to address those issues.” Then the financial crisis struck in 2008 and not only did the list of the most pressing issues shift drastically, but membership numbers plummeted. The ISS lost 65 members in a single year, according to Vanessa Stuart, of the ISS. However, by 2011, they had largely recovered and had even added 51 members more than had existed before 2008. More than ever, it seemed, the industry needed an advocate and a voice.

In the current economic and political environment, it has been especially important for the industry to speak up for itself – to talk about the jobs created, the economic impact, the people behind the big, flashy boats.

And while the ISS may not be able to tackle every issue on its own (and nor should it), the organization has begun trying to facilitate by getting the right people together. “We’ve not succeeded in pushing them forward very much on our own, but if we collaborate with other associations, we may be able to make some progress,” Hickling says.

This was how the ISS came to head the Associations Alliance – a group of industry trade associations which have teamed up to collaborate on jointly beneficial initiatives. The group meets at most of the major boat shows – Monaco, FLIBS, METS, Miami – to discuss progress. In between, the members are working on issues ranging from crew longevity and crew safety, owner outreach and various regulatory issues.

The collaboration has helped increase dialogue between the various associations. “One of the things we’ve tried to make some progress on is capturing best practice,” Hickling says. “So when one or even a group of associations has collaborated on a particular area of interest and made progress in one way or another, we’re able to share with other associations how that’s been done.”

The philosophy is generally to leave work on specific areas to associations with more expertise or focus. The local and regional organizations normally do their job very well. “It’s not our job – and we don’t see it as our job – to do everything,” Hickling says. “There are things that the regional and the national and the functional associations do better because of who they are. Who better to go to Capitol Hill and present the image of our industry to the U.S. legislators than the U.S. Superyacht Association? They are in the right place and the right people to do that.”

The ISS is trying to link everyone up and increase communication and awareness – prevent the doubling of efforts. “It is identifying where we’ve had certain successes and sharing how those successes have been achieved so that other associations – mostly regional associations facing a similar challenge – can adopt a similar process and have an increased expectation of success,” Hickling says.

However, the ISS is the perfect organization to tackle an industry-wide issue like ethics, Hickling says.  He has worked extensively on the ethics campaign. With collaboration from others, the ISS developed a list of guiding principles. Hickling first presented the list at the American Superyacht Forum earlier this year.

“The response, right there in the audience, was very strong,” he says. “What we will be doing is we will be putting up a webpage which will list the organizations and the people who have endorsed the code. So it will list all the companies who have gotten behind the code. And we will be listing all the individuals who have done the same.”

Exactly how powerful and effective the ISS becomes seems largely up to the industry. It requires memberships and the dues that come with them to fund trade associations. “There are a lot of trade associations in our industry and they all do different things,” Hickling says. “And we very much have the view that for a lot of companies and individuals within our industry, that being a member of not just one but of many associations is an appropriate thing to do.”

Companies and individuals should join associations at the local, regional, national and international levels – not to mention the trade associations which protect their specific interests. Jaenicke has taken this approach to his business. He says that the ISS failed to evolve at some point and now it’s trying to catch up. “My vision for the ISS: I would like to see it as an umbrella organization,” Jaenicke says. “I see the ISS as that global organization that sits across the top of everything.”

But in order to get there, the ISS needs to take certain steps, he says. While its mission and function are understood to those familiar with them, they don’t always appear that way to the outside world. “If you look at our website,” Jaenicke says, “that is your window to the world these days. And I do think that the ISS website is a bit like the emperor without his clothes on. That’s a little bit naughty. But we need to be able to show the world that we are a real international umbrella, and it needs to be a portal for information.”

The website is currently in the process of being rebuilt for this very reason. They plan to have a page set aside for the Ethics Campaign, along with a listing of all the people and companies which have signed on to adhere to the standards established.