Industry » Features » Ghost Ships - Should we be Afraid?
« BACK

Ghost Ships - Should we be Afraid? 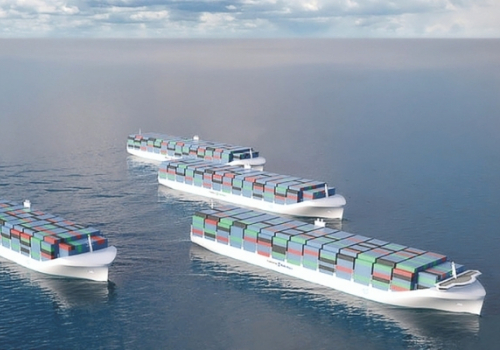 There has been a recent media frenzy on the somewhat controversial subject of autonomous vessels, often referred to as ghost or phantom ships, ignited by the launch of the ‘Mayflower’, or, to provide its full name, the Mayflower Autonomous Research Ship (MARS).

Named after the original Mayflower, a wooden sailing ship that transported the first English puritans from England to America in 1620, the launch of MARS marks the 400th anniversary of that first perilous voyage. The journey of 3,220 nautical miles across the North Atlantic Ocean will be controlled from a 24-hour manned operations room away from the coast.

Favourable weather is preferred for the vessel to complete its crossing, as its power will come from state-of-the-art renewable energy technology, a hybrid of wind/solar power with a diesel generator back up. The project was created, from start to launch, in just six years, having been conceived in the historic naval port of Plymouth.

The potential impact on crew

As the maritime industry continues to struggle with over 600,000 crew still displaced due to the COVID-19 pandemic, many will grow increasingly concerned about job losses if autonomous vessels become integrated with reality, fuelled by press statements such as “lower costs from dispensing with human crew”, “robot ships don’t need to rest their crews” (Sunday Telegraph) and statistics such as "75% of shipping insurance losses per year are caused by human error" (Allianz).

“This is disruptive technology” said Scott, director of engineering at Marine Ai. While I have, to a certain extent, misquoted Scott, I do believe that the impact on the human element of merchant shipping will be adversely affected by such technology. Yes, new jobs will be created, but more so in tech and build than for the many nationals currently engaged as crew from poorer countries such as the Philippines.

It is predicted that autonomous ships are poised to completely reshape the maritime industry with economists predicting the market could be worth £120 billion by 2030. “We are at a tipping point and COVID-19 has been a big accelerant” said Jonathan Batty of IBM. 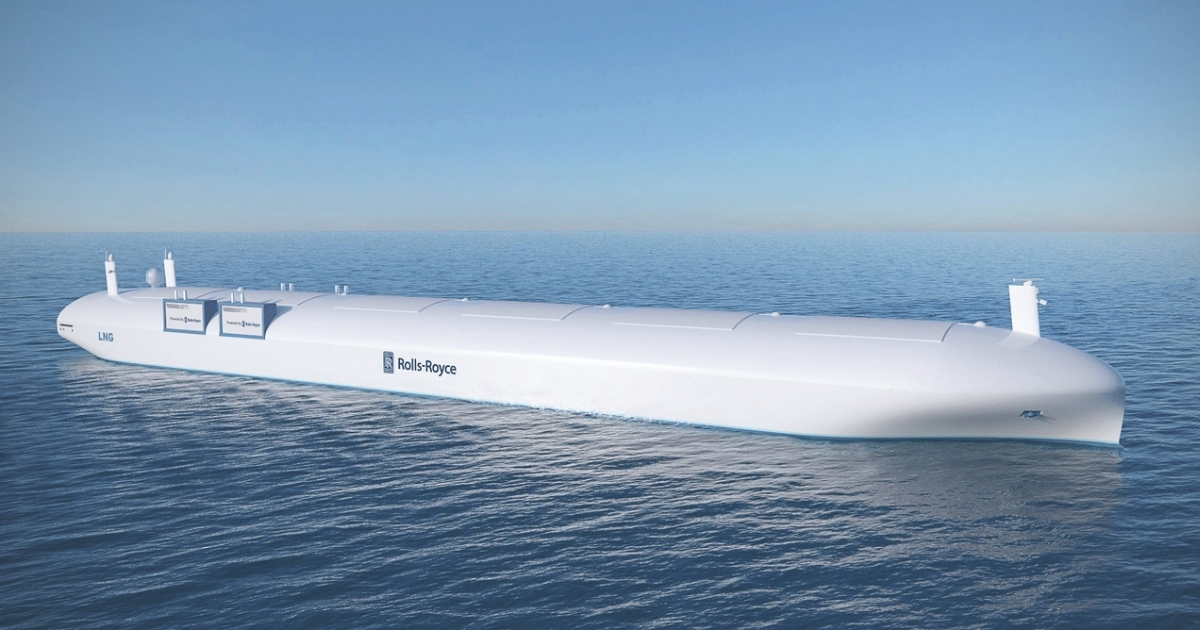 The threat of cyber-attack

In 2016, the US Navy deployed its first autonomous warship, Sea Hunter’ (40’). The Royal Navy are currently testing a Pacific 24’ boat, with speeds up to 44kn and potentially armed with machine guns to patrol smuggling routes for people, drugs and weapons.

It was upon reading this that so many alarm bells started to ring and Richard Hodder of Pelion Consulting was asked for his views on cyber security for ghost ships, as the thought of a vessel armed with weaponry, capable of such high speeds on the water, falling into enemy hands does not bear thinking of.

Richard describes cyber attacks as the Achilles heel of autonomous shipping, "There are many regulations governing the automation software, integration of multiple shipboard systems and remote monitoring of these systems onboard autonomous vessels, which have been determined by various international working groups. This is where the increased risk comes in and is something that has, until recently, been slightly overlooked by the industry. Risk is the potential for damage, in this case from cyber-attack to maritime assets of which there are already many examples of successful attacks throughout the commercial and yachting worlds."

Consider a cyber attack on a vessel’s automation system where the steering is manipulated, or the location of the vessel is spoofed or the propulsion systems shutdown. The consequences could be catastrophic – ship collisions, groundings, not to mention the collateral damage from these types of events. All of the three main navigation-critical systems have proven to be vulnerable, which are already used in traditional shipping. GNSS, ECDIS and AIS have been known to be spoofed, or have false information injected.

A layered cyber security defence and raising awareness as best practice within the industry and beyond, are important ways to reduce the risk.

The success of the un-crewed surface research vessel

Not to be confused with the Mayflower project, last month saw the return of a 12m Uncrewed Surface Vessel (USV)  after 22 days of remote survey operations on Europe’s continental margin. ‘Maxlimer’ successfully mapped over 1,000sq km of ocean floor, controlled around-the-clock via satellite communications from a Remote Operation Centre 250 miles away from its home port of Plymouth on England’s south west coast.

Named UTAS (Un-crewed Trans-Atlantic Survey) and co-funded by the UK Space Agency through the European Space Agency’s Business Application programme, the project was originally planned to be trans-ocean. However, due to travel restrictions and other planning complications resulting from COVID-19, this was ultimately not possible which I do find somewhat amusing. 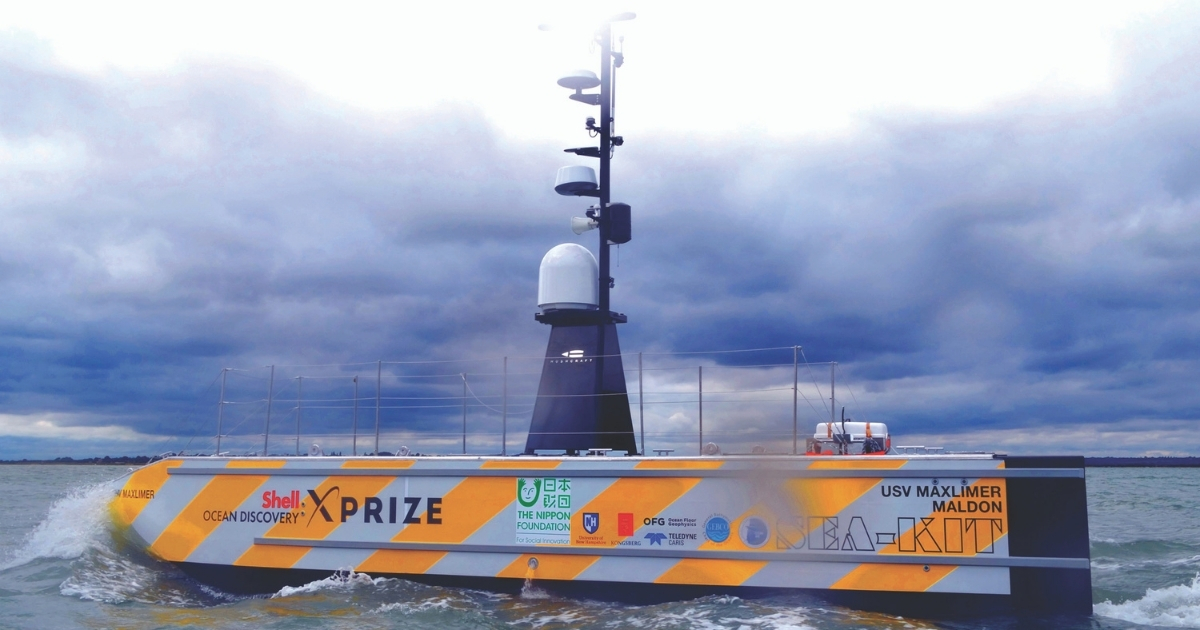 Is this the future?

News from earlier this year saw further investment with the EU's Horizon 2020 research programme granting a €20m injection into a Norwegian project to install and test autonomous technology on two vessels in different operational environments.

The project will continue the realisation of next-generation autonomous ships and create a road map for marketing autonomous shipping for safer and greener transport in Europe in the next five years. There are two vessels involved in the project: one that operates along the Norwegian coast and in fjord areas, and the second is a pallet shuttle barge operating on the European canals, transporting goods to and from large container ports.

Backers of the project claim an autonomous barge can take around 7,500 trucks off the roads each year.

Usually, when writing about sea-going vessels, I would engage the pronouns ‘she’ and ‘her’ perhaps indicating that the vessel has a soul, or character. As I conclude this article, I reflect on this though refrain from changing any such terms and stay with ‘it’.

First published in the Islander Magazine