Industry » Features » Coronavirus and Crew: Know Your Rights
« BACK

Coronavirus and Crew: Know Your Rights 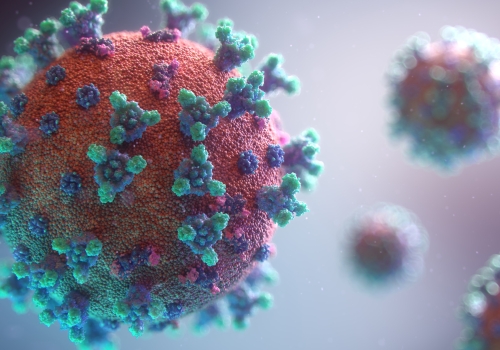 The Coronavirus pandemic is a global de facto force majeure affecting all walks of life. It is disrupting all daily activities and intended future activities. However, it is not usual for force majeure to be included in employment contracts and MLC, 2006, (MLC) does not address the issue. This leaves commercial yacht owners and their seafarer employees facing problems to which there are no answers. It is a situation which owners, managers and captains need to ameliorate as best they can, hopefully with fairness and understanding by all parties.

Captain Rod Hatch & John Cook talk us through some of the most common issues that are facing seafarers right now and what action it is possible to take.

Insofar as continuity of employment is a concern for our members who are serving on locked down and locked in vessels, owners are in principle entitled at any time to dismiss any individual crew member, and reduce crew numbers to whatever number is on a given yacht’s Safe Manning Document.

(ii) that both the yacht’s insurers and Port State Control (PSC) will accept such manning level. It may anyway be impossible under current circumstances to bring in new crew, or crew returning from rotational or other leave.

Crew who are due to return to duty but are unable to rejoin their yachts during lockdowns face various scenarios. They may be given notice and paid off. They may be asked to take unpaid leave, which is no more than a gentlemen’s agreement that they will be re-employed as soon as travel becomes practical again, unless such agreement is guaranteed in writing. The owner may continue to pay them on the understanding that they are using up future leave, so that on rejoining the yacht they will not accrue annual leave until they have worked for as many days as they were paid in advance. This option has been adopted by at least one owner.

A 'solution' propounded by some to the problem of inbound crew facing travel blockages is to use devious routeing. However for a start, airlines will not take the risk. Immigration authorities have zero tolerance for tactics which seek to disguise the original country or place of departure of an arriving passenger. The very best outcome might be enforced and monitored quarantine for an indefinite period on arrival, which helps nobody. Or entry could be refused on arrival. In a worst case scenario, anybody trying such a tactic to join a yacht in the USA will be deported immediately and debarred from entry for a period of ten years. In a word, don’t try it on. 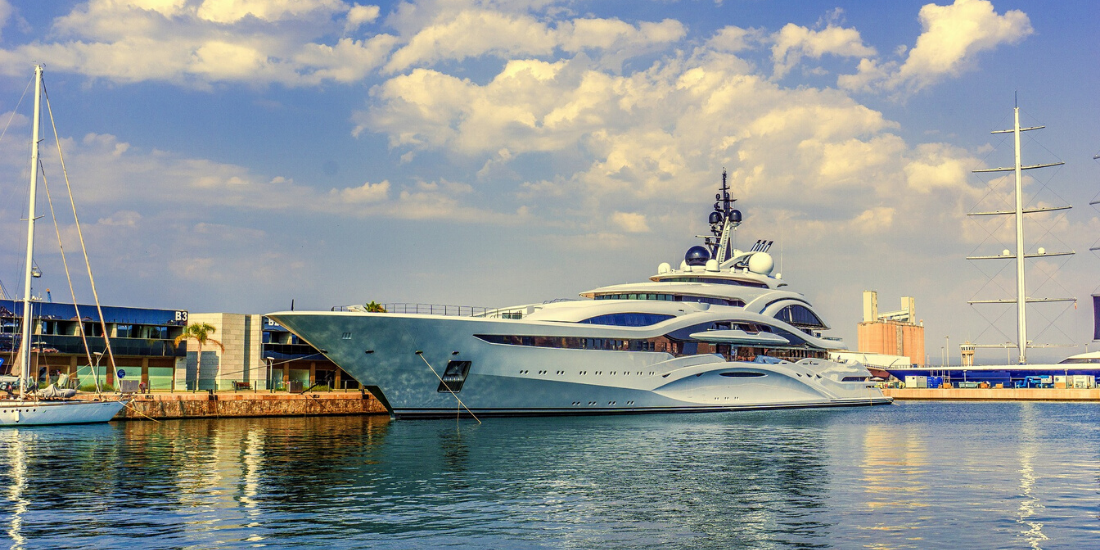 What do you mean by “all other conditions”?

The “all other conditions” referred to in paragraph 2) of this notice will include protections under MLC Regulation 2.5 – Repatriation (MLC pages 35 to 37), which lays out in detail the repatriation rights of seafarers, including situations of abandonment. A copy of the document providing full details of the mandated "financial security” must be conspicuously posted on board where seafarers can refer to it. It should be consulted by concerned members, in order to understand the process of gaining access to the financial security monies which have been pledged for their particular yacht. This is particularly relevant to crew whose contract has expired or been terminated and their services on board are no longer required.

What if I can’t fly home?

If there is no way that they can return home or to their nominated place of repatriation, to force them off the yacht would be a situation of abandonment. Further, PSC/Immigration may not allow nominally discharged crew to transit their territory to an airport from which there are no flights anyway, thereby literally locking them up on the yacht. This presents a potentially invidious situation on board.

Under MLC Regulation 2.5, the owner would still be obliged to feed and shelter such “abandoned” crew, who will be living as virtual unpaid guests amongst the regular crew. One option would be to extend or replace their SEA, giving them a new wage related to work they could still usefully perform on board, particularly during this pre-season refit and preparation period. One management company already facing this situation has agreed with the owner to pay a monthly nominal retainer to the person concerned until such time as travel restrictions are lifted.

What about medical care?

For all crew engaged under an SEA, whether that be on board or those unable to return, the yacht owner of a yacht covered by MLC must also abide by Regulation 4.1 – Medical care on board ship and ashore, which states that the purpose of the Regulation is to “Protect the health of seafarers and ensure their prompt access to medical care on board and ashore”. The yacht owner therefore needs to consider this when both retaining and dismissing any seafarer employee. 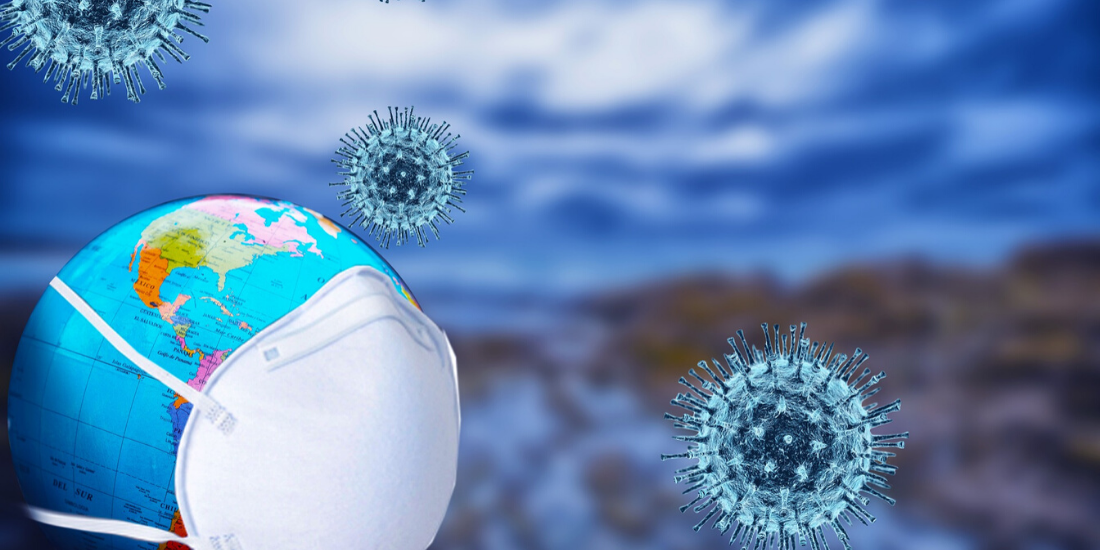 What will happen to my pay?

Note that SEAs may be amended or replaced to reflect changes in working conditions, including wages - otherwise nobody could ever receive a pay rise or increased leave. Once a seafarer has been dismissed in accordance with the terms and conditions of his/her SEA, it is possible for an owner to rewrite their job description and offer to re-engage them at a lower wage. While such a move may be ethically dubious, and probably counter-productive in terms of employee dedication, it may well be legal.

Guideline B2.2.2.4 (a) on page 29 of the Convention states that: “National laws and regulations adopted after consulting the representative shipowners’ and seafarers’ organizations or, as appropriate, collective agreements, should take into account the following principle:

"Equal remuneration for work of equal value should apply to all seafarers without discrimination” etc. However, MLC Guidelines are not mandatory, unless they are adopted by the flag state. And flag states avoid being in any way prescriptive regarding the application of, or the raising or lowering of, wage scales.

Nobody knows how long the crisis will last, or what the final costs will be, or what part of the costs will be borne by insurance companies. Insurers do not like surprises. Accordingly it would be prudent for captains to periodically advise their insurance brokers of precautionary measures taken.

The list could include: (i) copies of the posted on board hygiene regimes; (ii) records of any activities specifically aimed at maintaining the physical and mental welfare of the crew; (iii) logs or check lists recording compliance with any restrictions and regulations issued by PSC; (iv) any enforced changes to the crew manning level; and (v) any similar relevant information. In the event of ensuing claims for medical costs, sickness pay, or liability claims, there will then already be on record evidence of due diligence. Insurers should be immediately informed. 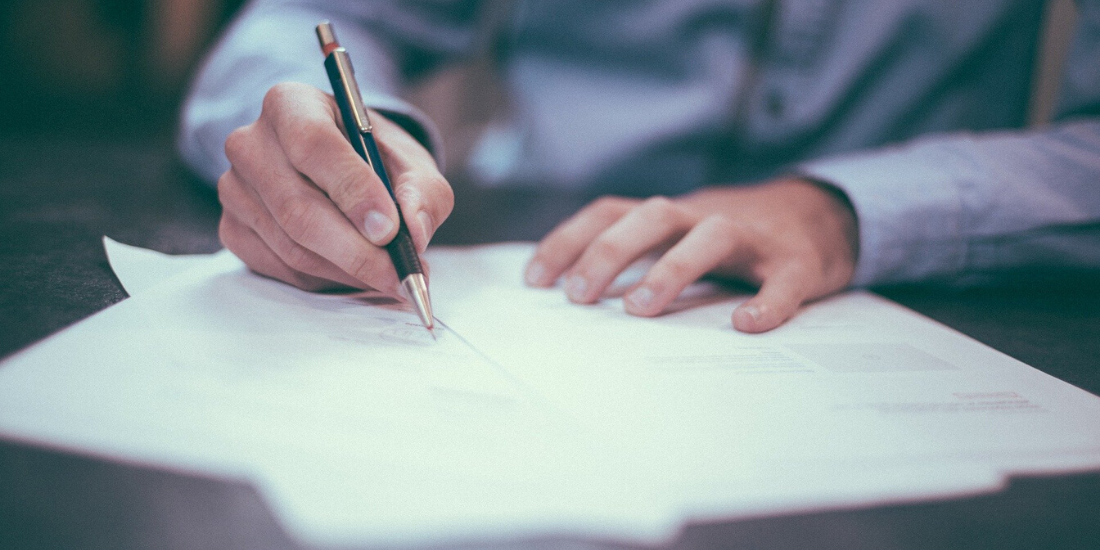 In the event of an onboard incidence of COVID-19, suspected or confirmed, insurers should be informed immediately, and advised of all additional precautions to contain the outbreak.

Insurers should also be kept up to date regarding delays in certification and documentation which arise from (i) unavailability of flag or Class surveyors, and (ii) delayed delivery and/or testing of safety equipment.

Regarding private yachts, some flag states have adopted legislation which ensures that crew working on private yachts are afforded the same protection as those working on MLC yachts, so crew should check with their flag state to see where they stand. Some owners do independently issue crew contracts and/or health insurance policies. One owner who recently switched from commercial to private use maintained the old SEAs as crew contracts. The original SEA was written prior to 2017, so did not include the first amendment to MLC, namely Regulation 2.5 - Repatriation. Nonetheless, the owner has continued to respect the provisions of Regulation 2.5.

Unfortunately, this level of contract protection on private yachts is the exception. Where crew have no formal contracts, they are dependent on fair treatment by the owner. For unpaid wages, their last resort may be PSC. There are precedents when French authorities have extended French employment law, using Rome 1, Regulation (EC0 593/2008 (dealing with the determination of the jurisdiction of an employment contract), to protect crew who have spent over six months in French waters.

If lockdowns and travel restrictions continue for an extended period, stranded seafarers on any yacht should contact their Consulates regarding special evacuation flights (as for stranded tourists), which should be done with the knowledge of the yacht owner/employer. Yacht crew are no different from anybody else, they all have citizenship and residence somewhere. Many countries are arranging evacuation flights for their citizens/residents, doing their very best to get their people home.