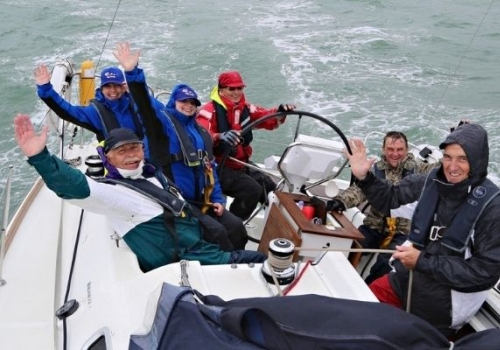 Suicide is the biggest killer of young men in the UK and the number of people seeking help with thoughts of suicide has tripled since the first lockdown began.

Following the tragic loss of his eldest son George, and previously his brother Peter, former Royal Navy aviator Captain Tim Davies has put his heart into setting up the sail2help programme to raise awareness of mental health and help reduce the incidence of suicide. His mission now is to raise funds to facilitate ‘Sailing Escape Days’ for bereaved families and to continue making donations to Papyrus, the UK’s main suicide prevention charity for young people.

Here Tim shares his personal insight around mental health and explains what he hopes to achieve long term through sail2help.

You’ve created a beautiful legacy in memory of your son George – why did you choose sailing as the focus?

In fact the legacy is not specifically for my son George or my elder brother Peter, both of whom succumbed to the effects of poor mental health issues, but rather the desire to do something positive having been bereaved now twice by a family member taking their own life.

Sailing was a natural choice as I have a long history with the sea having served in the Royal Navy and I also skippered for fly2help and sail4cancer where I saw how just a short period of time on the water can make a real difference to the way people feel.

Can you tell us about sail2help and what you hope to achieve?

I set up sail2help as a Charitable Incorporated Organisation (pending official incorporation)  to help prevent young suicide in three phases:

What does an escape day involve and who is this for?

A Sailing Escape Day is just that: a special day on the water for all the family, a day where you can get away from the constant reminder of a suicide and leave behind the gut-wrenching pain of losing someone so precious. It's a day where you can also share the myriad emotions that you have bottled up but, most importantly, it's a special day where you are allowed to laugh for a moment, feel the warmth of the sun on your face and the sea breeze in your hair, because being ok is exhausting. 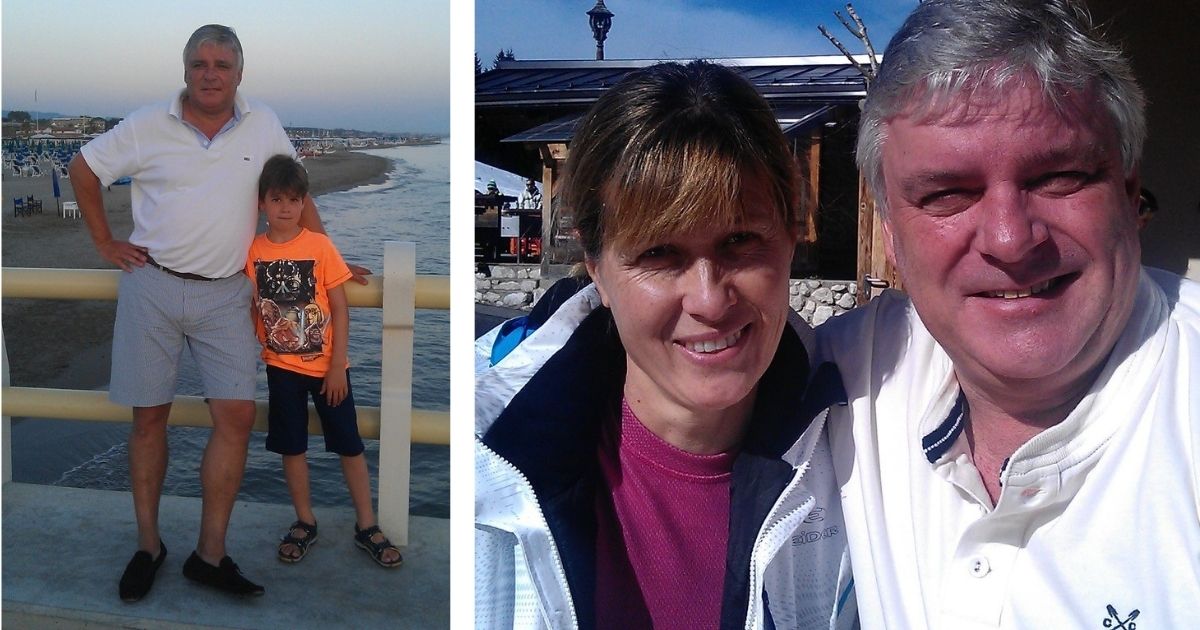 According to official UK figures, suicide is the biggest killer of males under the age of 35 – why do you think that’s the case?

In most cases young men are fit and healthy and are therefore not prone to die from natural causes. But if the same statistics were attributed to road traffic accidents as we have for suicide in young men there would be a public outcry for enhanced road safety measures.

Before the introduction of the World Wide Web we compared ourselves in the main with our neighbours, family and friends. But now many judge themselves according to a world devoid of  reality, whether its lifestyle, salary or body size and shape. I believe that young men in particular are encouraged to be macho, many of whom aren’t, and I believe issues around gender assignment must also be confusing to them, it’s certainly a concept that I find a little confusing.

What help was available to you and your family to help you get through the loss of your son?

It's only with hindsight that I can say a raft of help was available but we hadn’t identified the problem or reached out for help which is why I am so passionate about supporting Papyrus to raise awareness.

What has helped you the most?

My wife Marcela, close friends, and colleagues, but also the many acts of kindness from complete strangers who have offered wonderful gestures of support or made donations to sail2help -  we've now passed the £25k milestone en route to our target of £100k this year. Every donation received helps support vulnerable individuals and their families who have been blighted by the effects of poor mental health.

Has the experience changed your view of the world?

No, not really. There is no darker moment in life than losing someone you love, but if its not the passing of a loved one then there will be something else that crushes your spirit. At that moment you have to dig deep, and lean into the pain. 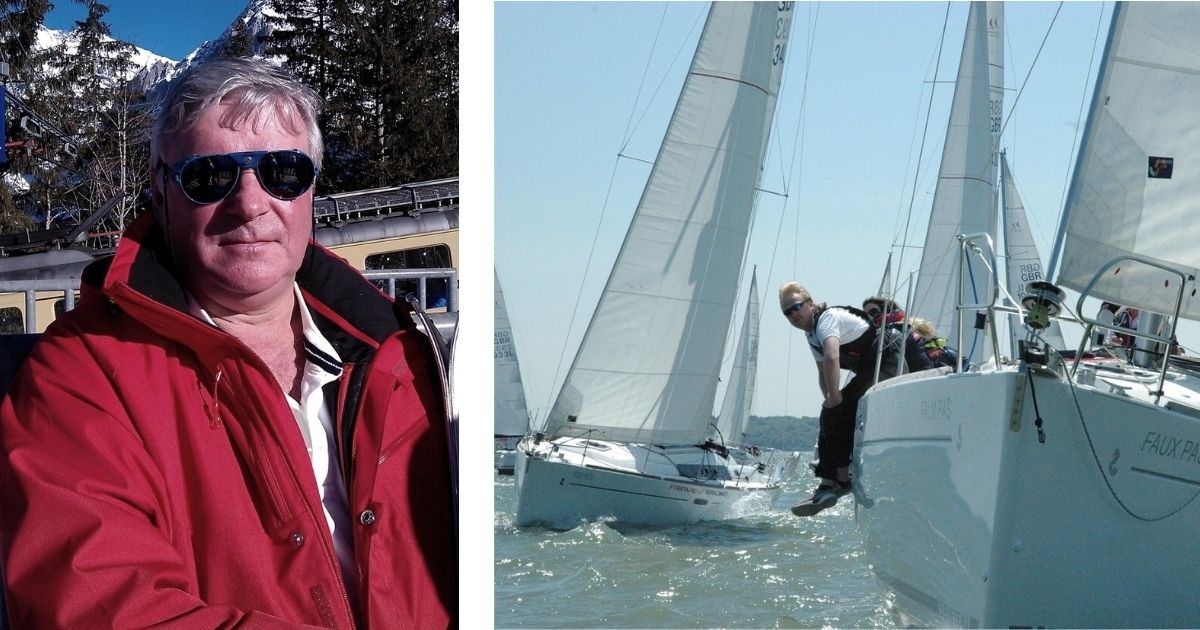 What can we all do to prevent so many young people taking their own lives?

Society has become highly competitive and as a consequence people have become more aggressive towards each other, certainly more so than I remember from my childhood. I believe if we could all just be a bit kinder to each other and our environment, the world would be a better place. A place perhaps more focussed on what is behind the mask of so-called success; this alone would reduce the huge pressure for regular citizens to strive to achieve the unachievable, whatever that might be.

Footballers salaries, the unblemished features of a Hollywood starlet or the wealth of an UHNWi are not realistic or realisable attainments for most of us, but the suggestion of it being possible or at least that it could be possible is omnipresent in the media. The pressure of this, and the ability of peers to draw attention to a young person’s shortcomings, especially without the influence of mature parenting, I believe plays on the minds of the vulnerable.

Sadly, partly as a result of lock down, the average number of young people taking their own lives in the UK has increased to 16 every day. The superyacht industry is now recognising that crew mental health is a huge issue and a number of companies have woken up to it and are doing something about it. For my part I have been working with The Crew Academy and The Eleos Partnership and have been involved in mental health awareness training with over 80 captains. 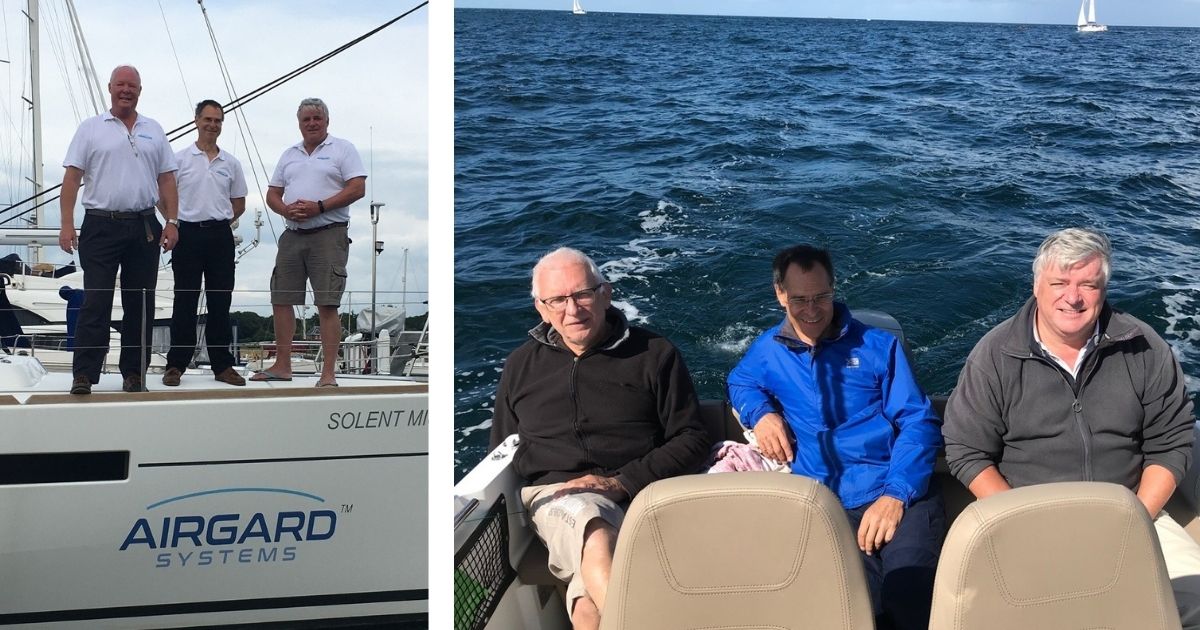 AVRO Yachting Ltd, a non-related entity, is providing a sailing yacht - The Dudley Docker - for use as a platform to raise awareness of mental health issues among young people and she will also be available for charter in the Solent.