Industry » Features » An Argument Against the Half Tip Policy
« BACK 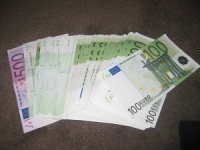