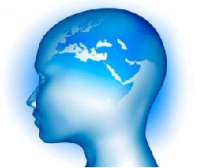 As pointed out in previous reports, crime rates in the Caribbean continue to plague the islands and political policies, despite the fact that the region is visited by many tourists from around the world. (2013 – 25 million visitors to the Caribbean).

However, despite their idyllic settings, the region still has the highest murder rates in the world. Many tourists continue to be unaware of the real situation and don’t venture beyond the walls of the hotel complex. This is fine, if this is the type of holiday you want, but for many tourists, this defeats the object of going to the Caribbean.

Holiday firms continue to market the Caribbean as the ideal holiday destination, rarely alluding to the security situation away from the resorts and although tourism may be growing back to pre-recession levels in pockets of resorts, the majority of the population continues to battle with rising rape, murder and poverty levels. Large scale unemployment, especially with the youth and the increased sense of disenfranchisement has encouraged many towards the fast life as a gang member. The availability of firearms and drugs has reached record proportions.

Only those islands that have attempted to address these issues, have changes been for the better. Providing a safe and productive outlet for families to make a living keeps people off the streets and away from crime and violence. As visitors to the Caribbean, it is only sensible to become situationally aware of your surroundings and the potential risks.

Only then can you take steps to mitigate these risks and keep yourself and your property safe. The Caribbean has much to offer the visitor and the visitor has a beneficial effect on the local people. But naivety damages both and therefore no one should visit the region, without gathering the facts beforehand.

The Caribbean Tourism Organization (CTO) has projected a five percent increase in tourist arrivals in 2015, after the region has recorded its best year ever in 2014. (26.3 million visitors in 2014, spending a record US$29.2 billion). CTO Secretary General Hugh Riley has stated, “The outlook for Caribbean tourism is positive, and we project a further four to five per cent rise in arrivals in 2015.”

More airline seats and greater capacity for rooms has enabled this increase, undoubtedly benefiting the Caribbean. Certain Caribbean islands have improved their security situation, but not eradicated it. More tourists will mean more revenue for the islands governments, but also more targets for criminal gangs. This will need to be monitored closely and developed alongside encouraging more people to the islands.

To read the full Allmode report on regional security in the Caribbean, click here.