What to do if You Find an Entangled Turtle at Sea 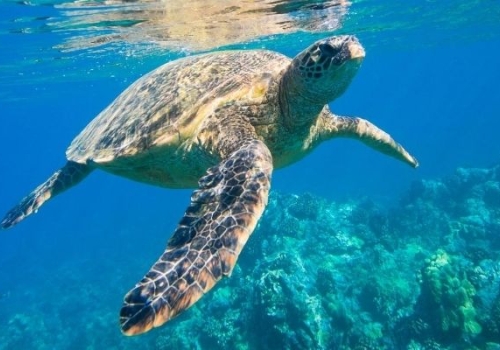 This summer an alarming number of turtles have been found entangled in ghost gear in the Balearic Sea. Ghost gear is lost, abandoned or intentionally deployed, illegal fishing gear that drifts at sea and causes the death of tens of thousands of animals each year. Some, if lucky, will be found and rescued, but unfortunately, those make up a small percentage of all entanglements out there, highlighting the need of education and prevention to solve this increasing problem.

During our summer expeditions, we found three turtles entangled in illegal Fish Aggregating Devices (Ghost FADs) in different parts of the Balearic Sea. A Ghost FAD consists of a few floating plastic bottles tied to a mix of ropes. Thanks to the help and expertise of the rescue team from Fundación Palma Aquarium we could save all three turtles.

In the video below we share the story of the first turtle we found, Gloria, how she was rescued and released and how she became an Animal Oceanographer who is now contributing to the protection of other marine turtles in the Mediterranean.

Shortly after releasing Gloria, our team found two more turtles, Dolça and Thunderbird. By calling 112 and following the same rescue protocol indicated by the experts from Fundación Palma Aquarium, both turtles were saved and have now recovered.

Satellite tags were placed on both Gloria and Thunderbird to allow us to track their movements while gathering oceanographic data that helps scientists to develop action plans for the conservation of the species. Find out where they have gone since their release by viewing them on the map here.

Save the Med Foundation: Gloria's Story

For an animal to survive an entanglement, it's important that we act correctly and immediately call experts. If not, our actions may in fact cause more harm. For example, did you know that cutting a tight entanglement can actually cause the death of an animal? In this Public Service Announcement, we share the correct steps to take should you find an entangled turtle at sea.

Do you spend time at sea? Whether it is as a private person or through your work, you, your family, crew, colleagues and even guests can help us save turtles and remove ghost gear from the sea! Find out more and register to join the network by visiting www.ghostfads.org.