Sustainability & Conservation in Yachting » Conservation » Marquesas Islands: A Marine Ecosystem at Stake?
« BACK

French Polynesia, commonly known as “Tahiti” after its main island, is a French overseas territory covering an area the size of Western Europe or the Continental US, giving France the second largest maritime area in the world, just behind the United States.

Located in the South Pacific, the tiny 118 islands have been subject to many conservation measures endorsed by the local government over the past 15 years. These have helped protect marine wildlife in a pollution free environment and gain recognition for the territory as a model for other smaller island nations in the region. But are things about to change?

In 2002, French Polynesia became a sanctuary for marine mammals making fishing, catching, importing and harming these animals illegal. In 2006, without fanfare, the country lead the world as the first territory to prohibit shark finning and fishing. At this time, low-income fishermen from remote areas were being encouraged by Chinese based companies to supply the Asian market with these protected species in exchange for significant sums.

Since then, turtles have also been protected following the Convention of Washington treaty and measures have been put in place to annually evaluate the health of the coral reefs off the main islands, where they are likely to be impacted by human development. 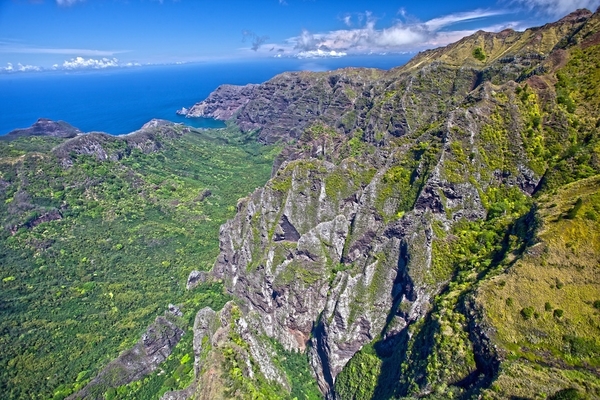 The government once again was a powerful advocate for the atoll of Fakarava in the Tuamotu archipelago and its 5 neighbouring islands to be listed as a UNESCO biosphere in 2009. An efficient surveillance system via satellite and French Navy patrols protect these waters from illegal fishing and poaching from foreign flagged boats.

The tourism industry worldwide and the local population commended these various actions that have made French Polynesia one of the rare eco-friendly countries eager to protect its untouched underwater fauna and allow tourists to enjoy pristine waters and uniquely bio-diverse islands in a sustainable way.

In the exclusive market of superyachting and charter, Tahiti has found her niche in the last decade as a paradise of pristine islands able to flourish because of the respect shown by its population and government towards the ocean and marine life. The mutually beneficial situation sees owners and charter clients return again and again.

Between 2013 and 2016, several organisations worked in partnership with the government on a project called 'Te Tai Nui a Hau', whose aim was to create a 720,000 km² protected marine sanctuary in the Marquesas archipelago (located North of Tahiti), which would constitute one of the largest in the world. Simultaneously, the authorities were pursuing the classification of two islands in the archipelago as UNESCO World Heritage Sites due to the richness of their enduring pre-European cultural history. Again, these two projects were celebrated across the territory.

The Marquesas are off the beaten track and the hope was that the projects would stimulate interest in the archipelago fuelling economic development and raising employment amongst the population; at the same time, it was crucial that they remain eco-friendly, sustainable habitats, allowing the Marquesans to showcase their cultural heritage and the incredible biodiversity of their islands.

However, the president of the local government then began talking about the creation of a managed marine area where industrial long line fishing would be permitted on the condition that it be restricted to designated zones and to local flagged vessels only. These vessels would catch the much sought-after and now very rare big eye tuna (Thunnus obesus) as well as swordfish. The “fresh” fish would travel 1,500 km from the Marquesas to Tahiti and then be air-freighted to provide the Asian markets with high-quality, extremely expensive tuna. Consequently, a well-known Tahitian ship owner set up the fishing company 'Big Eye', which will operate with government approval and is planning to export 3,000 tons of big eye tuna every year to meet the high demand of the Asian markets. Until now, big eye tuna has been fished using traditional methods in small quantities to meet only the local demand, but these long liners also catch all sorts of other pelagic fish such as sharks and rays, which are protected by law in French Polynesia.

Since the 1960s, the stock of big eye tuna in the Pacific Ocean has dropped by 85 % due to overfishing and a lack of stock management. The species is listed as vulnerable by the IUCN (International Union for the Conservation of Nature). The International Tuna Commission, whose role it is to develop sustainable management practices of the resource in this part of the world, is calling all countries to now decrease their catch by 36%.

The regional organisation in charge of the fishing agreements in the Central and West Pacific ocean sets quotas supposed to limit the appetite for tuna from large countries such as Australia, China, Japan, Canada, Indonesia, Korea, the Philippines and so on. However, smaller developing island nations are exempt from these rules and are preyed upon by their richer neighbours in search of fishing licences or joint-ventures with local ship owners and fisheries.

Recently, mention of the combined UNESCO classification and protected marine area projects has been sparse, as if, after having been in the limelight for a few years and proudly supported by the population, the subjects have been filed away, not to be talked about.

The French Polynesian government and a few Marquesan officials explain that 600 jobs will be created in the Marquesas – where job opportunities are rare – and that resources will be carefully managed. Nevertheless, there is growing anger among the population both in the Marquesas and all over the country. The fishing company is aiming to acquire a fleet of 50 vessels over the next few years. 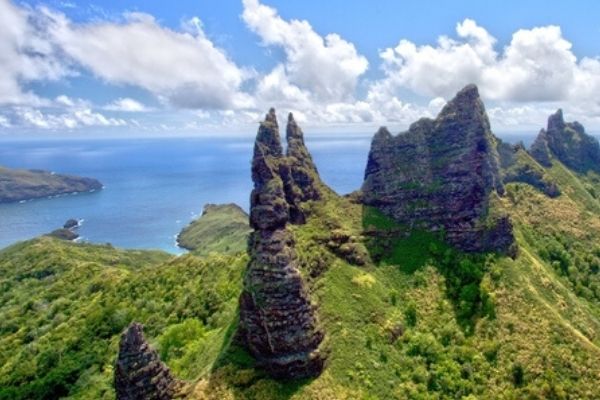 The commission is currently being negotiated with shipyards in China, to the effect of sixty 10 metre long vessels; twelve vessels of between 30 to 50 metres; and six of 50 metres. Commencement of the project is imminent, since ten vessels have already been acquired from a bankrupt local company.

Ongoing demonstrations both in Tahiti and the Marquesas testify to widespread anger and opposition; important local figures and environmental groups such as PEW are also standing against the project. The local and international press follow with strong interest. A recent TV survey carried out on the streets of the capital city, far removed from the Marquesas, showed that even there 99% of people were opposed to the project.

The Marquesan opponents rile against a lack of transparency, saying that they will not be fooled. They also believe that the disadvantages of such a large number of new jobs far outweigh the benefits. Questions and suspicions have been raised about the funding of the new fishing fleet, which necessarily exceeds the financial assistance provided by the local government.

In 2012, a group of scientists came back enthused from an expedition in the Marquesas called 'Pakaihi i te Moana' ('Respect for the ocean' in the Marquesan dialect) where they had discovered, among other biodiversity treasures, twenty new species of fish in the pristine waters. The international specialists canvassed for their opinions on the current fishing developments declared that such measures represent a severe and unfortunate backsliding away from the internationally recommended measures implemented globally for the protection of the little remaining stock of bigeye tuna. They also suggested that the project be re-assessed.

Superyachts visiting French Polynesia this year have become aware of the situation and have done their bit to draw more attention to it. The captains of a few return boats including the S/Y Ethereal, S/Y Athos and MY SuRi  (pictured ) wrote to the president of local government urging him to re-consider these developments, stating that the project would be extremely detrimental to the short and long term development of these islands, in the worst case leading to the collapse of their ecosystem.

Overfishing and over-development represent a potential economic and ecological disaster for the population of French Polynesia. To see the path that this sad and preventable destruction takes, you only have to look around at other island nations.

The future of ocean conservation in the pristine Marquesas and in French Polynesia at large is at stake. In a country that relies on subsidies from France and has very few economic prospects outside of tourism, it is understandable that local authorities would look into opportunities to create jobs, especially on the remote islands.

However, is industrial long line/deep sea fishing the only and most appropriate solution in a world where the rest of the oceans have already been depleted of most of their life, at a time when sustainable and eco-friendly tourism is booming?