Sustainability & Conservation in Yachting » Conservation » Diving Fakarava Atoll: The Mystery of the Groupers
« BACK

Diving Fakarava Atoll: The Mystery of the Groupers 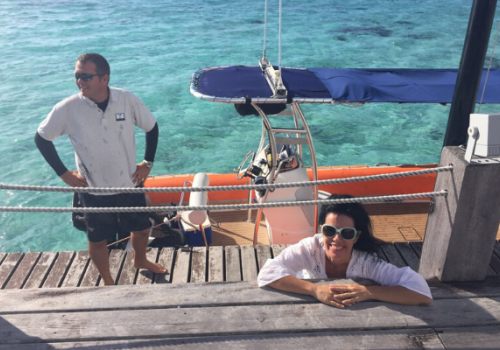 There is a hidden gem in the remote South Pacific called Fakarava. This atoll is one of the numerous tiny dots on the map of French Polynesia, where the main island is Tahiti. Spread over a territory as wide as Western Europe, the 118 islands of the country represent only 1% of land versus 99% of ocean. This place is our home and our dive playground.

The atoll of Fakarava lies in the Tuamotu archipelago, northeast of Tahiti. But what is an atoll exactly? It's what remains of an ancient volcano in the tropics, which slowly sank and disappeared due to a geological phenomenon over millions of years.

The result is a ring-shaped reef with a coral rim that remains above water or at shallow depths providing the light necessary for the coral to develop. The reef encircles a lagoon that forms above the volcanic crater, sometimes hosting a few islets and natural 'passes' which are breaches in the coral reef allowing the ocean to flow in and out.

These atolls are well-known for their profusion of marine life and ocean conservation is a priority for their few inhabitants. Thus, Fakarava and her five neighbouring atolls became a UNESCO biosphere in 2009 where human activity and wildlife learn to co-exist in harmony.

Of the many places we have had the chance to visit in French Polynesia, Fakarava, particularly in the south, is a one off. There is a special atmosphere there which is tricky to describe until you experience it. Surrounded by pink sandy beaches, it's a place where you feel totally relaxed, far from it all, an untouched spot which must have been quite the same for centuries and which will remain pristine forever. A place where a feeling of peace and well-being prevails… a spiritual force that Polynesians call “Mana”. 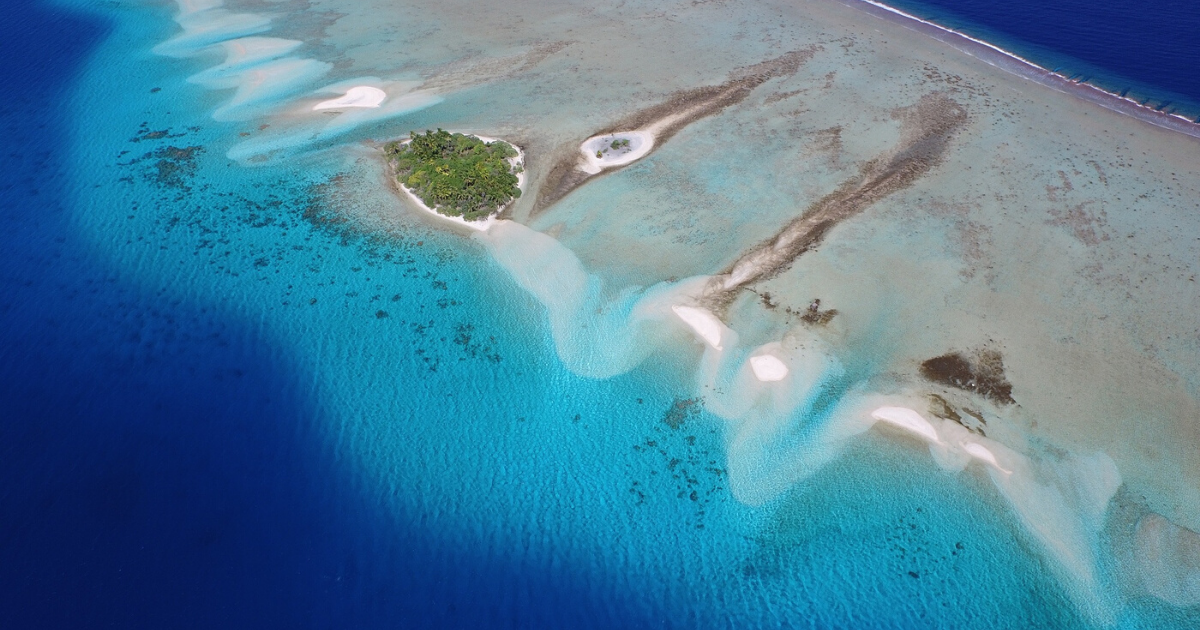 But the South Pass of Fakarava is even more than that. The small shallow breach in the reef is home to a unique varied ecosystem where schools of sharks share their territory with small tropical fish. The safe, smooth incoming drift in the pass is a must snorkel or dive and you'll be offered a memorable show of what a healthy coral reef has to offer. You can snorkel or dive the same place several times and the encounters will always be different and unique.

A few years ago we had heard stories from local people of groupers congregating in that pass once a year to mate during the full moon of June or July. However, there were no official scientific data or photos documenting this underwater event. Interested to find out more, we spoke to one of our clients at Tahiti Private Expeditions who was coming to our area on his yacht and, always up for a new diving adventure, he immediately put Fakarava on his itinerary.

We asked around locally to find out the exact place and time when the groupers were believed to arrive. A local gentleman, also a dive master, explained that the mating should occur at the end of the pass, in the open ocean at the end of the outgoing current before becoming slack.* The day before the full moon, we took an exploration dive to see what the described spot looked like in terms of wildlife. 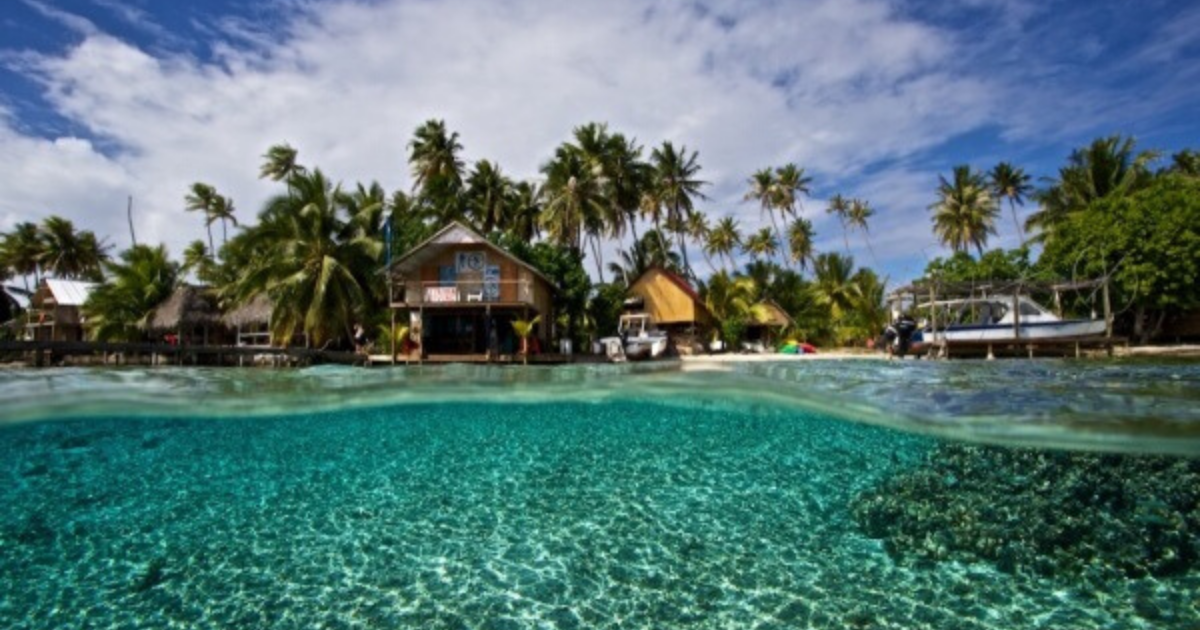 We anchored close to the pink sandy beaches, slightly west of the pass, and we started preparing. We chose the option of rebreather diving as these units would allow us to stay in the water longer. The air enriched with oxygen is recycled in the dive system with less deco stops and without making any bubbles, so divers become invisible to the fish when they don't move. The number of unknown factors related to the event was also quite high so it would be an asset to have more time to explore and become a fish among the fish.

There were more marbled groupers than usual with quite a few sharks in the distance but there was no sign predicting a forthcoming event. Pleased with what we had seen and believing that we had found the spot, we went back to the boat, preparing for the following day.

Our local contact estimated that the pick time for groupers’ mating and breeding would be in the morning. We woke up early, eager to get in the water and see what the situation was, but to our huge disappointment, there were far fewer groupers than the day before! We waited for a while but still nothing. 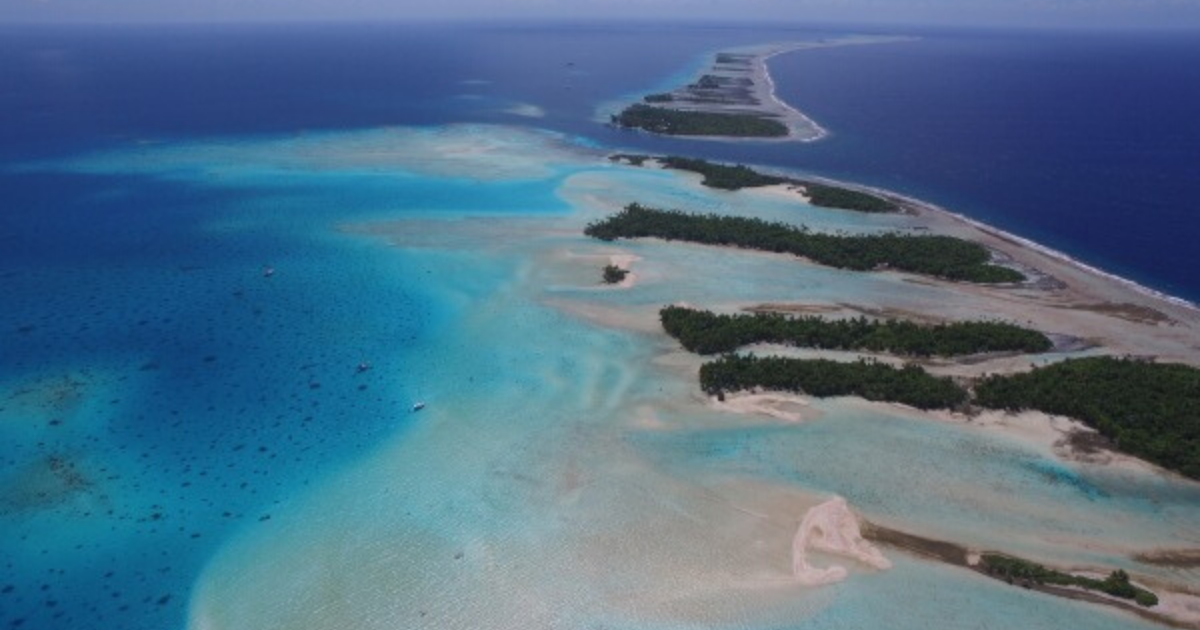 We were all quite puzzled but decided to swim away from the pass. Having no scientific records of the breeding event, it may be happening a little further than we initially thought. After searching for about 15 minutes at a depth of around 20m, we spotted a murky area in the distance and, as we got closer, we realised that we had arrived where the action was just getting started!

Many of the marbled groupers had turned into a fawn colour and there were thousands and thousands of them, all around us and not bothered by us at all. They were obviously on a mission to spawn and mate and all this was creating an underwater frenzy, attracting all sorts of sharks not wanting to miss the opportunity for a good easy meal.

We were surrounded by grey reef and black tip sharks, but also larger silvertip and lemon sharks. We lay on the bottom quietly, witnessing the most amazing underwater scene, feeling so lucky to have found the spot at the right time!

One hour later the show was already over. Most of the sharks had left while the groupers looked exhausted and slowly moved on too, back to where they usually belonged. 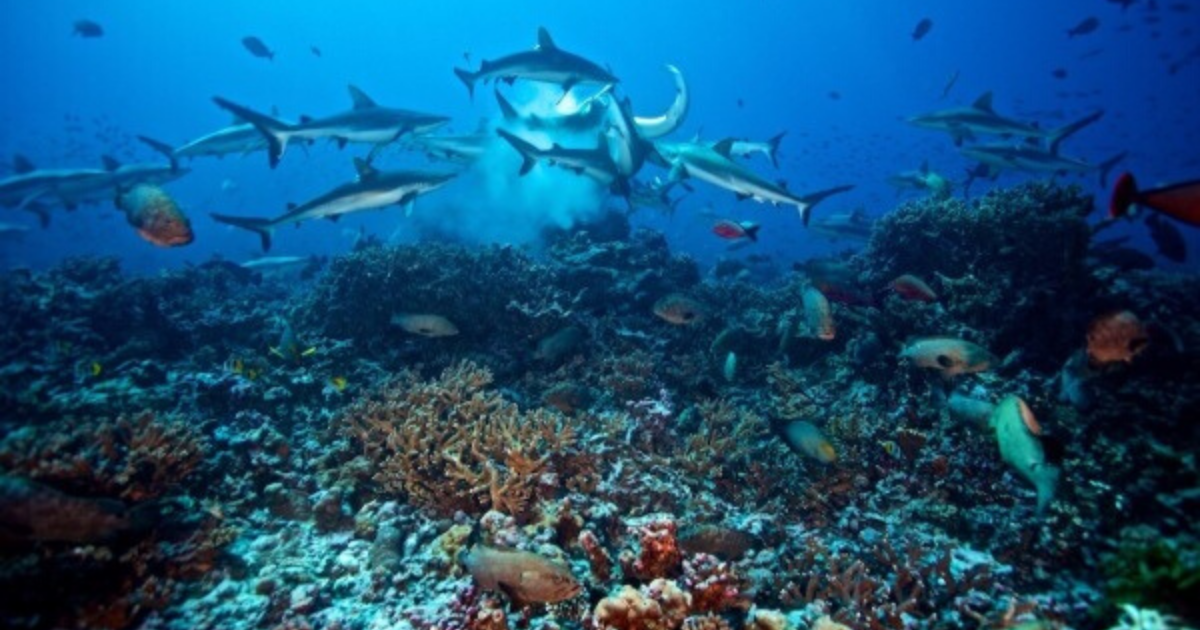 Fulfilled by this once in a lifetime adventure, we were left with many questions: Why did this happen only once a year and during that particular full moon? Why did it occur in that specific pass? How did the fish know where they had to go? Did nature have a particular signal letting them know the time had come?

All these questions will probably remain a mystery for a very long time but nature certainly has an answer for it and we hope these atolls remain as unspoiled as they are today. They are among the last pristine places on earth where the ocean is healthy and where nature still plays its role as it should.

*The current phenomenon in a Tuamotu pass has three stages: Outgoing (from the lagoon to the ocean), incoming (from the ocean to the lagoon), slack (in between – therefore no current). The time and duration of the current’s direction varies depending on the tide, the swell and the wind so it can only be predicted two to three days in advance.