A hidden gem nestled in the South of France, the Mediterranean port city of Sète promises that authentic French charm without the tourist crowds of Saint Tropez or Nice. Known at the ‘Little Venice’ of the Languedoc thanks to its maze of canals, a long list of cherished French artists, poets and musicians were born in Sète, and their memories live on with attractions such as the Musée Paul Valéry and the Georges Brassens Gallery. 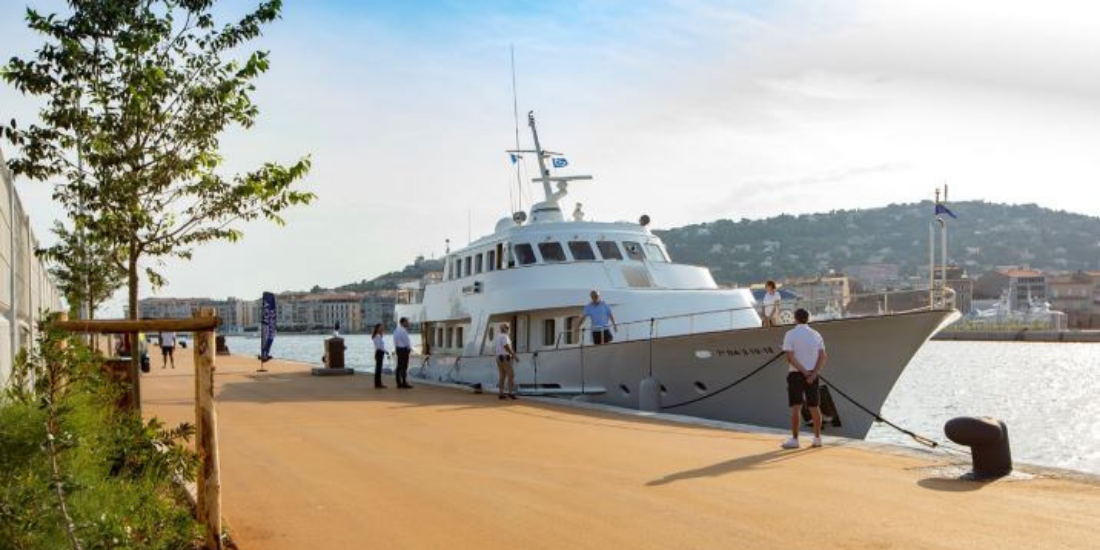 Not just for culture vultures, Sète is also awash with fresh seafood restaurants, with fish coming direct from the ocean to your plate in record time.

Let’s explore the best things to do once you’ve moored your superyacht in this charming little town:

Take an artistic stroll through the MaCO and uncover eclectic works of art left on everything from the city’s buildings and doors to its roofs and city walls. An initiative that was launched in 2008 at the K-Live festival, street artists including C215, Alexone, M Chat, Julien Seth and Kashink have all left their mark on this open air museum, and with new murals popping up each year, there will always be something unique to discover on each visit. Make sure your cameras are charged for this one. 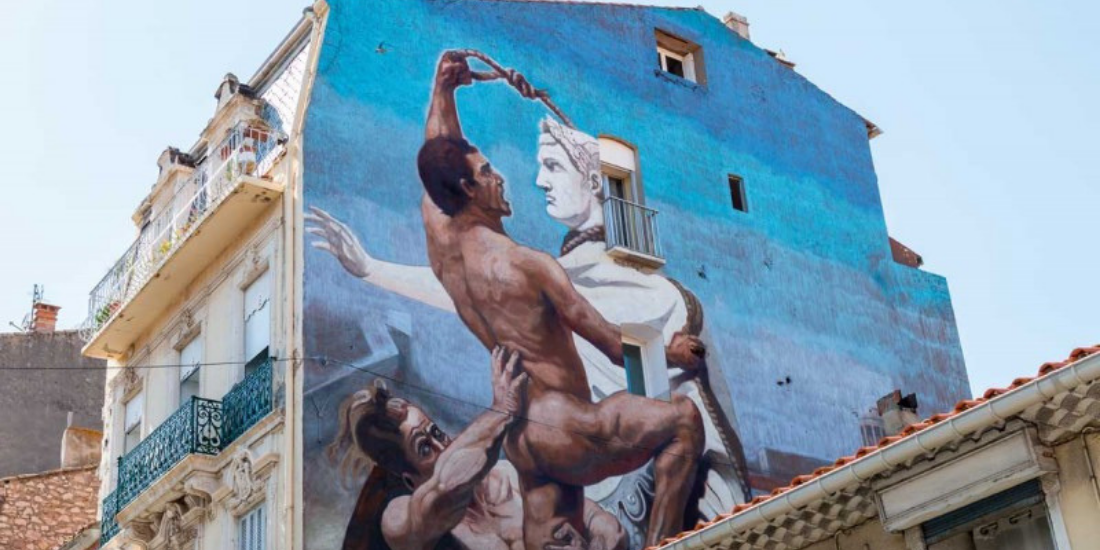 Sitting at 183 metres high, the Mont Saint-Clair offers panoramic views of Sète’s labyrinth of canals, the large lagoon to the west and the Mediterranean to the east. While the walk itself takes around an hour and is relatively steep, the sweeping hilltop views will be more than worth the effort. There are also information signs at the top explaining the history of the different landmarks for those looking to delve deeper into this fascinating town. At the summit, pay a visit to the unassuming white Chapel of Notre-Dame de la Salette before you make your descent. 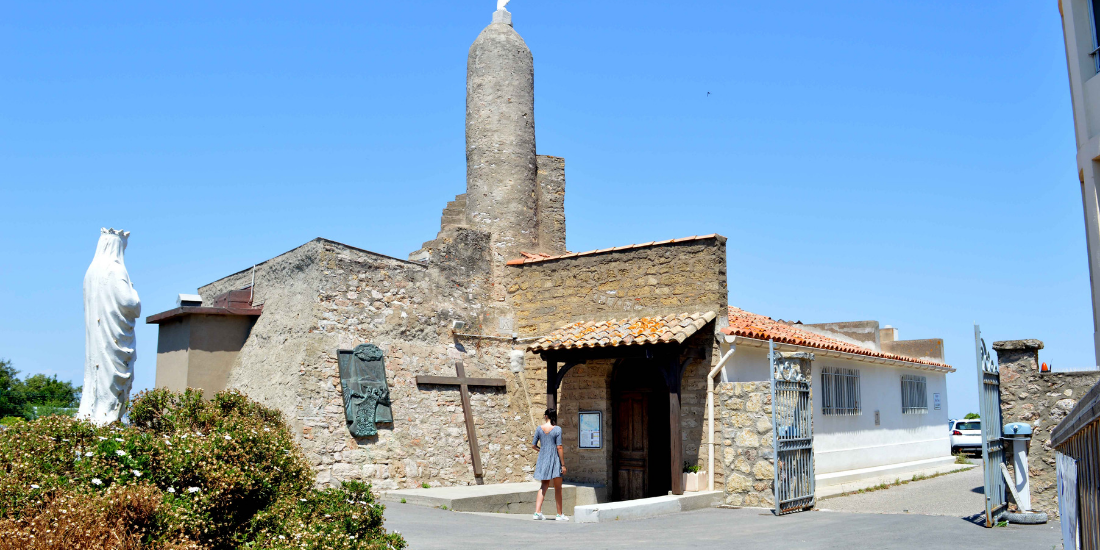 The centre of Sète focuses on its old harbour, with a landscape that is more reminiscent of Italy than France thanks to its griddled streets, canals and bridges. An afternoon spent sauntering along its quays on the Old Port is an afternoon well spent. Admire the painted houses, bridges and historic warehouses, or take a leisurely lunch of fresh seafood by the water as you watch the fishermen bring in their catch. The Royal Canal is particularly lively during the summer when jousting tournaments take place – a spectacle you don’t want to miss.

Sète was the birthplace of symbolist poet Paul Valéry (1871-1945) and the town’s main museum pays tribute to his life and work. Designed by architect Guy Guillaume and opened in 1970, the must-visit gallery not only showcases the work of Valéry in an exclusive exhibition, but also displays paintings by less famous residents of the city including Degas, Cézanne and Matisse. In total there are over 4,000 works on show, including Beaux-Arts collections with more than 700 paintings and 1,000 drawings. Guests can also take a walk around the museum’s gardens and enjoy its fine view of Mont Saint-Clair and the ocean beyond. 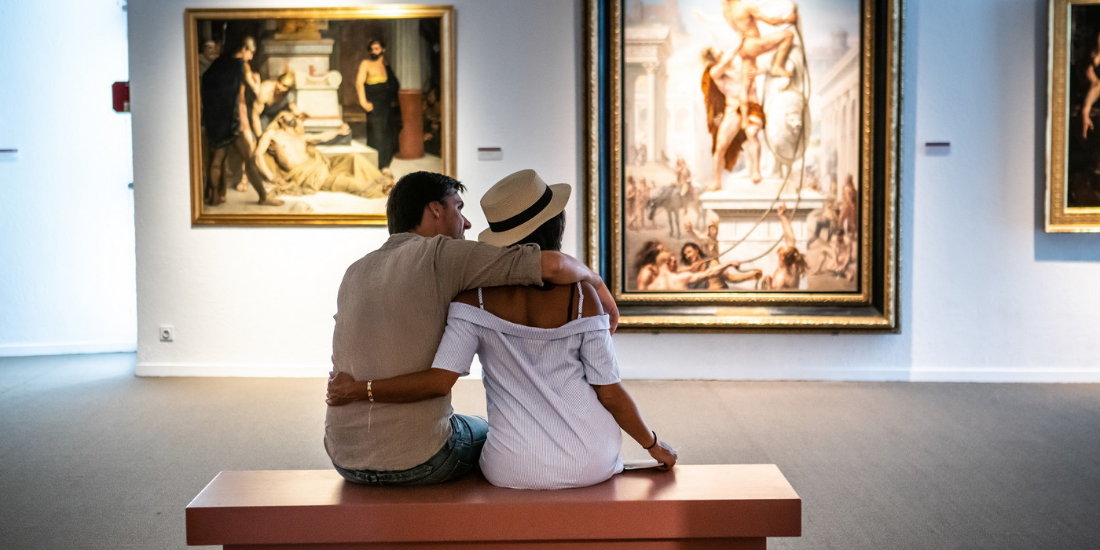 A former fort that was converted into an open-air theatre in 1959, Théâtre de la Mer was built as a defensive point around Sète to defend regular attacks by foreign natives and was used as a hospital in 1914 to accommodate troops returning from Africa. Today the theatre hosts various music and theatrical events throughout the year, be it a touring international artist or the Fiest’A Sète or Jazz à Sète festivals. What’s more, with stunning views of the ocean and the moon’s reflection on the water, concert settings don’t get much better than this. 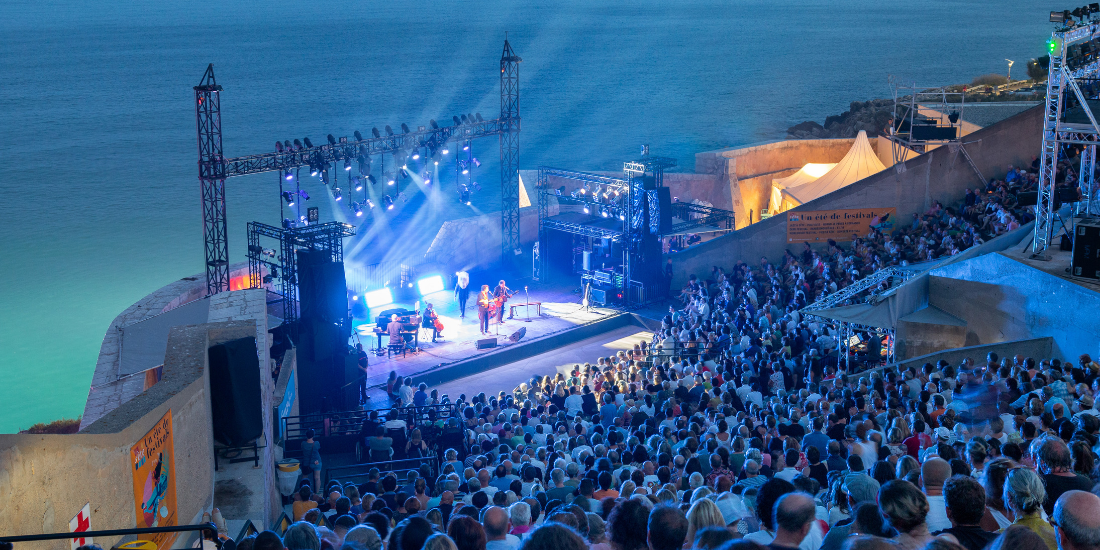 Peruse the work of Georges Brassens

Another renowned artist born in Sète is Georges Brassens, and the French singer/songwriter is one of the most celebrated French cabaret singers of the 20th century. Selling more than 20 million records during his 30-year career, fans can take a sensory journey through his life and work at Espace Georges Brassens, which covers everything from his move to Paris, his life struggle, early successes, best-known songs and the works and writers who inspired him. What’s more, new picture and sound techniques really help to bring his works to life. 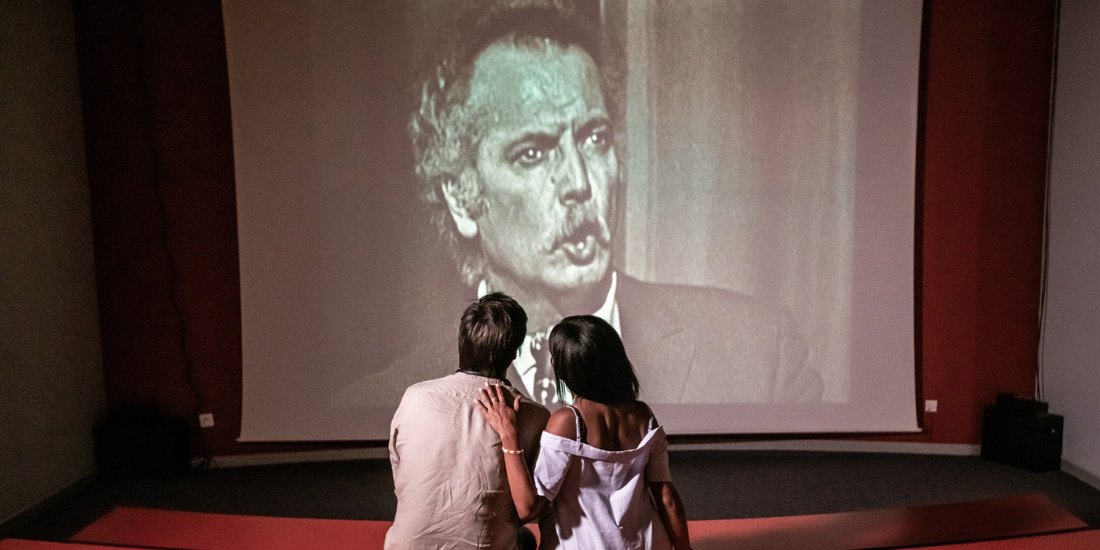 Sète’s maritime history is as robust as it is varied, and the Musée de la Mer traces the history of its port since the 18th century. Taking you on a journey through the story of the port, including those who built it and its long-held traditions, visitors can admire drawings, paintings, instruments, photographs, videos and more, telling the story of past and present maritime city life. Many come to peruse the collection of models made by former marine carpenter André Aversa who devoted his life to maritime carpentry and is key to Sète’s inextricable link with the sea.

Sète is awash with buzzing seafood restaurants, with dishes to suit every taste A nirvana for lovers of fresh fish, the covered market Les Halles is one of the most important fishing ports on the French Mediterranean sea, so you can expect plenty of fish, oysters and other shellfish as well as cheeses, charcuterie and local specialities. Take a seat at one of its many restaurants or opt for a table in the middle of the market and soak in the atmosphere with drink in hand. 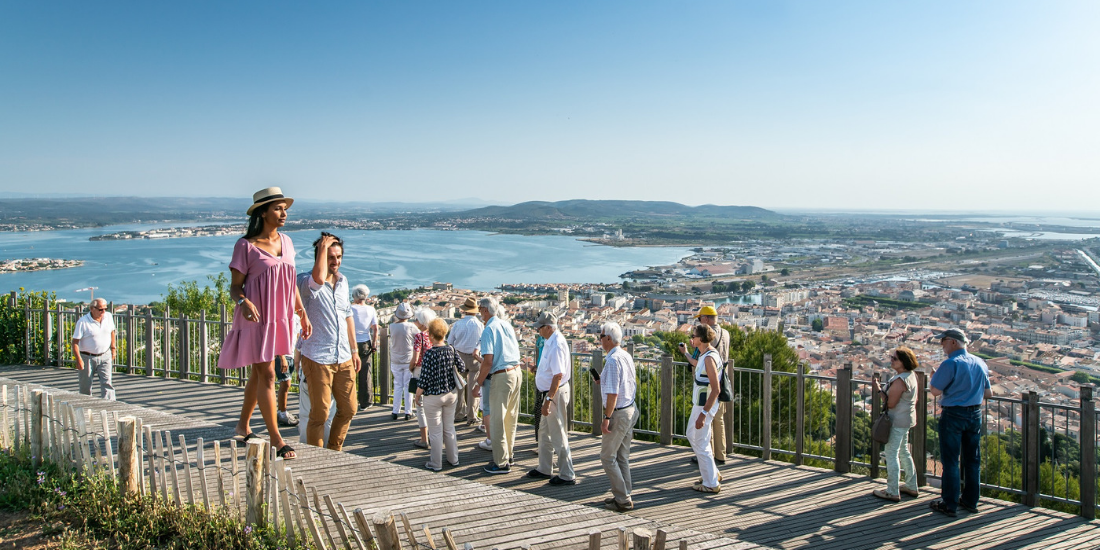 Indulge in some fine dining

La Coquerie is one of just two Michelin-starred restaurants in Sète and promises some of Languedoc’s most exquisite dining across delectable set menus. The city’s other Michelin-starred restaurant, The Marcel, is the chic gourmet eatery of chef Fabien Fage, who likes to apply his own unique spin on the fresh fish of the Med to ensure every mouthful is a delight. Your captain will need to reserve well ahead for this one as tables can get booked up months in advance.

Top up your tan at Plage des Quilles

While Sète offers plenty of beaches to choose from, all with fine white sand and sprawling vistas, it’s generally Plage des Quillles that garners the most attention from international jet setters. The largest and most picturesque beach in the city, it’s located just after the Canal and Port des Quilles on the Corniche and boasts a number of restaurants and beach bars to keep guests entertained well into the evening. Those not looking to travel quite so far should head to Lazaret beach which is the closest to the town centre and the perfect spot to catch some rays. 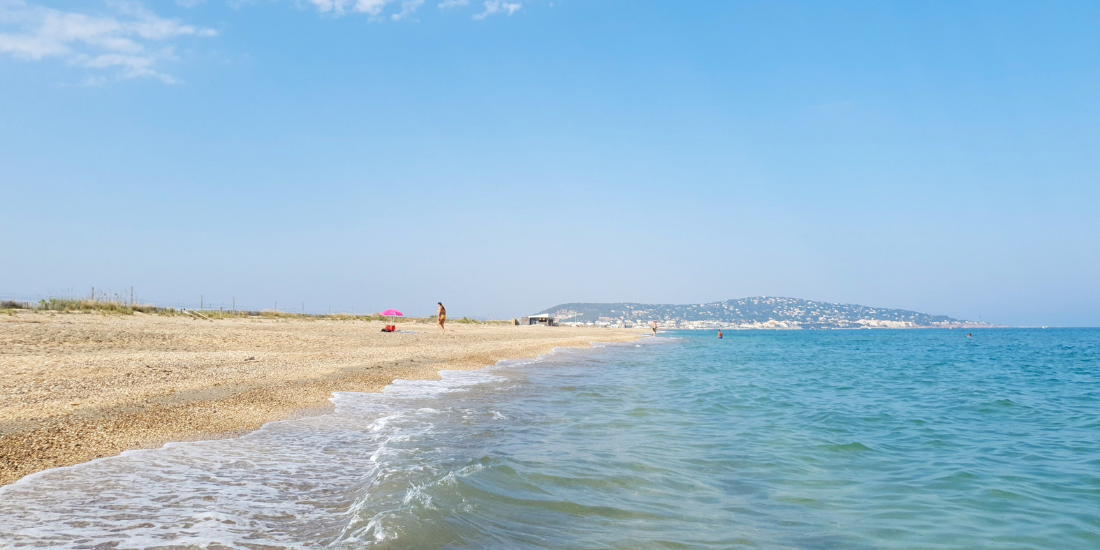