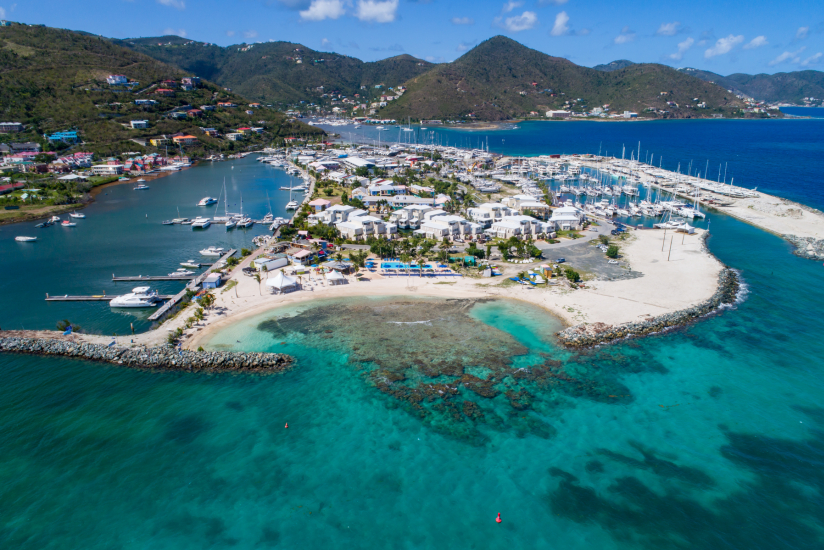 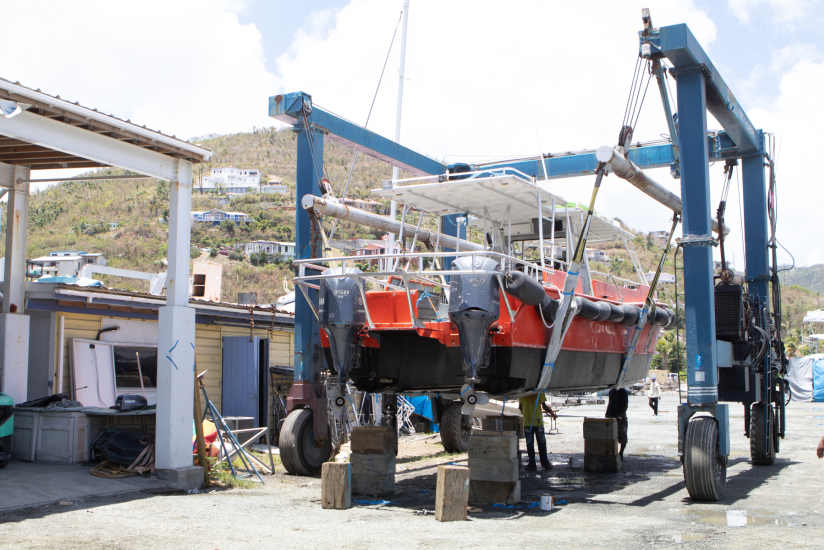 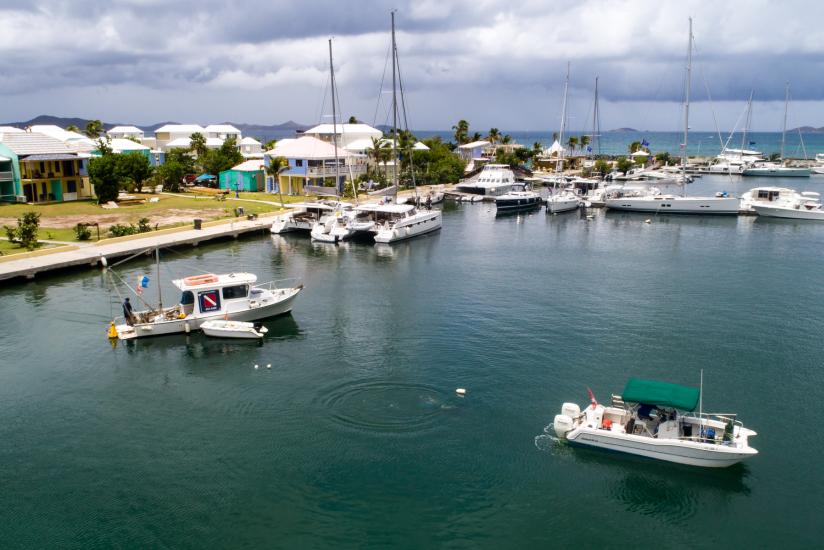 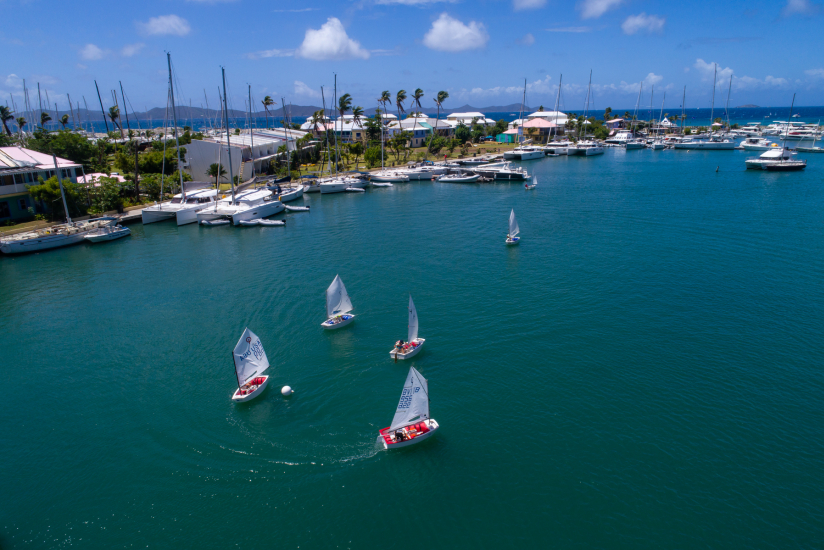 Nanny Cay is the BVI’s premier resort and marina. It has provided a full service marina, hotel, and boatyard to boaters, vacationers and residents for over 30 years.

The new outer marina has 100 slips but Hurricane Irma caused considerable damage to the inner marina. However, it will be fully operational again by April 2019 with the installation of brand new Walcon docks giving 220 slips in the inner marina.

Soon after Irma, Nanny Cay restored the fuel docks and have been serving fuel, water and ice since then. It also managed to salvage additional docks to rebuild ‘B’ dock, which will become ‘C’ dock when it is replaced with new Walcon docks.

The first half of the marina will have a controlling depth of 14 feet, the second half, 10 feet.

Regular updates about the Marina's restoration post-Irma and Maria can be found on the News page of their website.

Nanny Cay now strongly recommending that all monohull boats remove their masts for the summer storage period but it is NOT a requirement.

Monohulls stored without masts are separated from those with masts in the south or hotel yard. Monohulls with masts up are being stored in our newer east yard, better known as the peninsula. Mast storage racks have been set up in the east yard.

Catamarans are stored in the north yard. In 2013, Nanny Cay added catamaran cradles from the Yacht Leg & Cradle Company as a storage option.

All boats stored in the boatyard are secured with sand screws and a minimum of eight straps.

Nanny Cay has two boat lifts: one is a conventional Acme Marine Hoist capable of lifting monohulls up to 68 feet long, 10 feet draft and weighing up to 50 tons; the other is a wide-body Marine Travelift, capable of lifting and moving catamarans up to 32' beam and 70 tons in weight.

Nanny Cay also operates a 6,000 square foot chandlery which has over 6,000 products in stock and a special order service. Nanny Cay is the BVI dealer for AB Inflatables and Tohatsu outboards. The BVI’s authorized Yamaha dealer with factory certified technicians, Tradewind Yachting Services, is also based at Nanny Cay.

Post-Irma, works are underway to rebuild the second storey hotel rooms. Nanny Cay anticipates upgraded rooms opening over the coming months, with the first block completed by January, 2019. The second storey will be complete by summer 2019 giving the hotel another 18 rooms – a total of 38 rooms.

A freshwater swimming pool, volleyball and high-speed WiFi are available free of charge to marina and hotel guests. The hotel is a popular choice for tourists, charter and marina guests.

Nanny Cay Village is a waterside community which comprise eight thirty-two townhouse units in eight blocks on a canal with direct access to the Sir Francis Drake Channel.

Each block comprises four, privately owned, two- and three-bedroom, multi-level homes each with central air-conditioning, private deck, a walled courtyard, parking spaces and a dock for a small boat. Some of these townhouses are available for rental and rates range between $2500 and $3500 for five nights depending on the season for a maximum of six people.

Residents and guests of the units have full access to the hotel’s facilities including the freshwater oceanfront swimming pool.