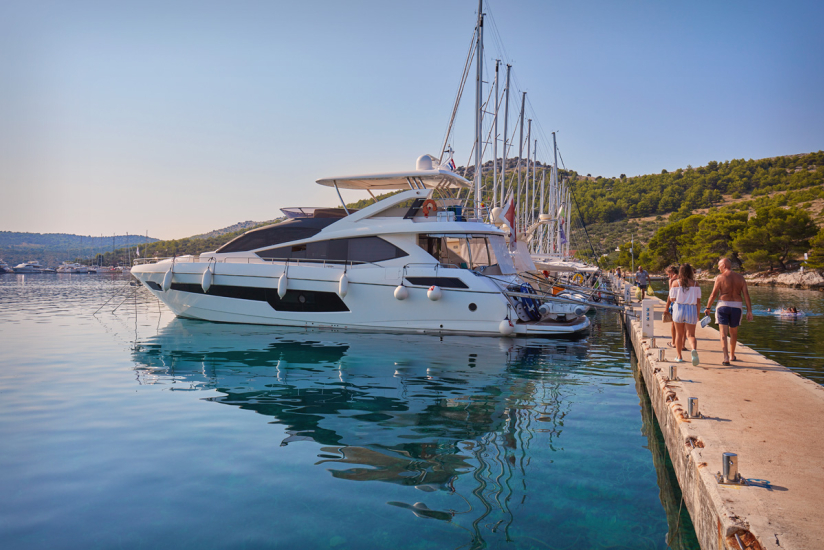 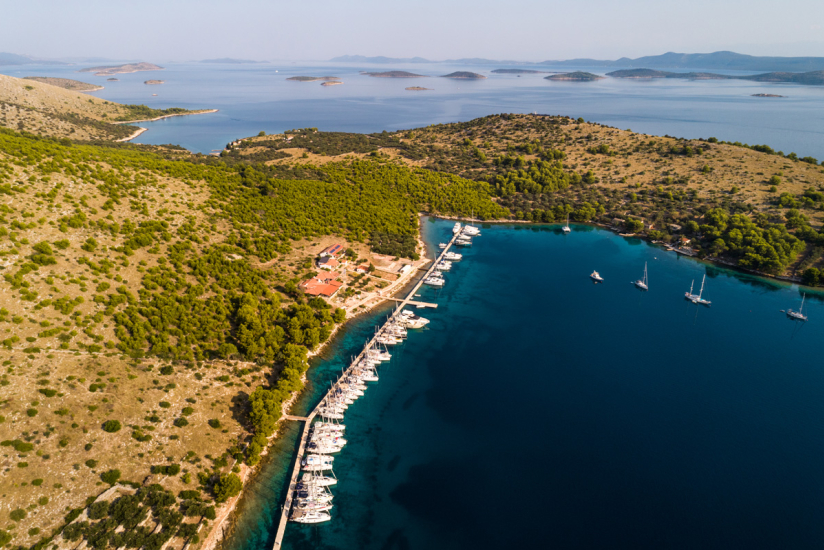 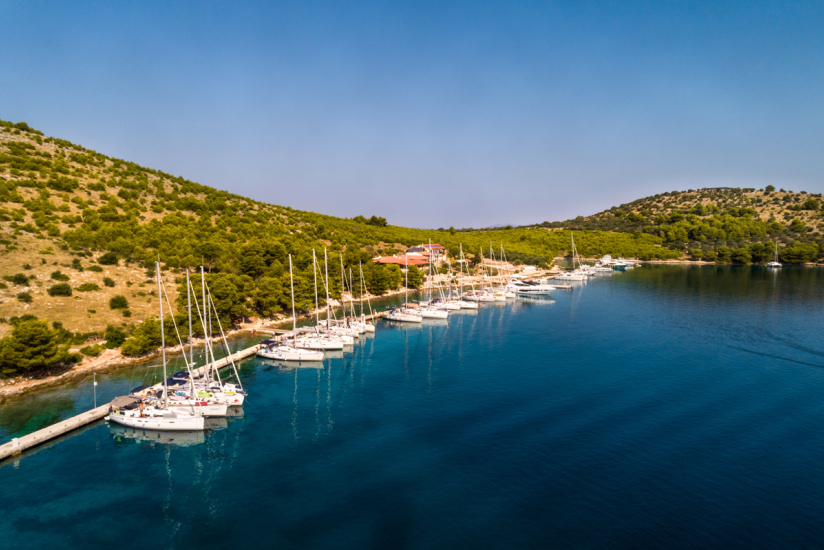 Žut is one of the islands of the Kornati archipelago. It is located between Kornati islands on one side, and the island of Pašman on the other, which is connected to the mainland by ship via the island of Ugljan. Its surface area is only about fifteen square kilometres, and it's only two kilometres wide. The highest peak is 172 meters, and it has a steep and indented coastline along which the most important coves are located: Hiljaca, Sarušćica, Bizikovica, Golubovac, Žešnja, Podražanj and Strunac. The whole island is dominated by a Robinson-like atmosphere. On the island covered with olives, figs and vines there are no permanent settlements, only fishermen and farmers from the island of Murter occasionally stay there during the year.

Amid unspoilt beauty there is a nautical paradise - ACI Marina Žut with 120 berths - so this site is only available to those coming by boat. Surrounding waters, as well as the wonderful Kornati archipelago, make it an ideal place for water sports. ACI Marina Žut is located in the westernmost part of the Žut bay harbor, in the northwestern part of the Kornati archipelago. There is an ACI flag flown at Ražanj cape.

There is a fuel station 8NM away in the port of Zaglav on Dugi Island.

The marina is open from 1 April to 31 October.

The island of Žut together with its marina is part of the Žut-Sit group of islands, situated in the northeastern part of the Kornati Islands. When approaching from the west (from Kornati National Park) the shortest way to reach Žut is through Proversa vela or Proversa mala passage. During night approach through Proversa mala passage is safer, since the passage is well lighted. If approaching from the direction of Zadar the course leads through Mali Ždrelac passage (bridge height 16,5 m). At the entrance to Žut inlet where ACI marina Žut is situated there is Maslinjak Island.
The latitude and longitude of the northern cape of Maslinjak Island are 43°53,2’ N 15°18,8’ E.