Crew » Departments » Galley » Provision Me This
« BACK 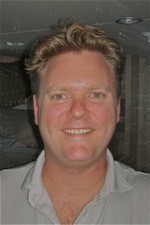 a) The act or process of providing;

b) The fact or state of being prepared beforehand;

c) A stock of needed materials or supplies, especially of food.

a) The act, or ‘art,’ of filling a space which is half the required size with twice the required amount of supplies, with the added psychic ability of the provisioner to ascertain with no prior knowledge whatsoever which particular supplies will be needed at any given time (see definition: fad diet). In addition, these supplies must be obtained from an area or location in which the items required have never, nor will ever exist. (Note also the inverse relationship between the language spoken and the language understood at such locations.)

On those rare occasions when we spend time at home with family – family who are blissfully ignorant to the realities of yachting life – we stumble across many discrepancies in the perception versus the reality of our job.

They have visions of us skipping through marketplaces, swinging wicker baskets full of herbs and flowers, with the friendly local vendor sporting a curly moustache and beret offering us a fist-sized strawberry to taste in an accent with the slightest hint of French as he says, “You simply must try ‘zis,” only for us to then hop out of the way with a chuckle as a beautiful girl rides past ringing the bell on her antique bicycle with two baguettes sticking out of the basket on the front, smiling and winking as she passes, daisies flicking up off the spokes of the wheels…

As we lug our less-than-glamorous recycled shopping bags through the crowds of locals speaking any language but one we understand, the local vendor, however friendly, sees a yacht uniform and smells cash. His smile becomes as wide as his face as he surreptitiously removes the price cards – which were apparently only there for the use of the locals. With hand signals and elaborate gestures, we eventually ascertain that the price of tomatoes is indeed four-times higher than we have ever paid, but that they are in fact “veeeerry qualiteee.” As he squashes the tomatoes into our bag using a pumpkin, he shrugs apologetically for not having change for a hundred, and pockets the note with a smile.

Provisioning takes many forms for us, however – not just the trips to the local markets. We are all familiar with, and most often grateful for, those unique characters we meet around the globe: the provisioning agent. It is a fairly well known fact that the very sight of a chef tends to strike fear into the heart of a provisioning agent. I think it’s because there is usually a look on our face that says: “Yes, I am going to ask you for something strange.” And we usually do. And we usually needed it delivered yesterday. But if anyone can do it, then these are the guys and girls who can, with a network of suppliers and contacts that reaches far beyond their locality. Nearly everything is at their fingertips.

I once asked an agent what was available in the way of wagyu beef. He turned up the next day, not just with a list, but with the supplier (we’ll call him Stavros) from Australia, carrying samples of several different animals. Stavros wasted no time launching into his Greek-Australian-accented epic account of what was what and who was who.

“If this piece here is your Mercedes Benz, then, mate, this piece here is your freakin’ Rolls Royce, pal,” Stavros said. He was actually pushing them across my bench, kind of like cars. He finished up by telling me, “And if you wanna Google the bastards, you can even see what the bloody cow looked like before he got the chop. Good one, eh…!?”

I bought as much beef as it required to get Stavros out of my galley, quickly, before he actually started riding one of those fillets.

Then there’s the breed of provisioners I like to call the ‘dock-stalkers.’ These are the guys who wear urban camouflage so they blend into the background of the dock. They can spot a chef from 100m. They sit, watch, and wait for us to step off the back of the boat before they pounce on us. Their only goal is to sell us not what we want, but what they have left in the back of their trucks. And, naturally, at extortionate prices. They’ll tell you they have “eeeeeeeverrry-thing you want.” I challenged that one day, which is why the crew ended up with ‘Special donkey-parts curry’ for dinner that night. Depending which part of the world you are in, “eeeeeeverrry-thing you want” can range from some sort of compressed pink meat in a weird-smelling brine, to a piece of cheese that looks like it’s literally been run over, or even a collection of branches and leaves that have “mystical medicinal properties.” And I’ve seen a mystical branch run to around $150 U.S.

No matter what, provisioning is a vital part of the operation, and one that provides a lot of colour in our lives – even when we want it black and white at times. But nevertheless, some of the best stories and experiences I’ve had have come while provisioning – meeting nefarious characters selling ‘cheap’ truffles at 5 a.m., explaining to the Don Corleone of cheese-making that I didn’t like his cheese (but buying 5kg anyway, just to be safe), and dealing with dreadlocked Rasta fishermen who really believe that Bob Marley is their co-pilot.

As long as people keep eating, we’ll have to keep stocking the cupboards – and hopefully keep the stories rolling around the dinner table as well.

Morgan Lonergan, 35, has been the chef on S/Y Red Dragon for the last four years. He started cooking with his mother when he was 6 years old and was soon reading through cookbooks and started preparing dinner parties for his parents and their friends. At 17, he became a professional chef and began training and working in New Zealand and Australia before buying his first restaurant at the age of 26. He was coerced into working on Red Dragon after cooking for the first mate and his wife while running the kitchen at the Amandari hotel in Bali.