WYCC on the Market for Yacht Crew Insurance

Superyacht crew insurance has remained fairly static for years but recent changes in  regulations in both Europe and the US have promoted a raft of new insurance plans with more flexible and more comprehensive cover. We spoke to Mathieu Henri of WYCC to get the latest on the insurance market for yacht crew.

OnboardOnline: What’s your background and how did you come to work in insurance?

Hernri Mathieu: My father, Christian Henry, had opened an insurance brokerage company in France in 1988 and then in 1997 he started ICS SA in Luxembourg. I joined the business in 2001 managing clients’ specific needs in re-insurance.

In 2003 a yacht manager in Luxembourg asked me to look into the providision of benefits for seafarers working on Luxembourg flagged vessels, and this resulted in the launch of our first insurance product for seafarers in 2005. WYCC is the trading name of ICS launched at the Monaco Yacht Show in 2015.

HM: WYCC provides the full range of insurance products for expats and seafarers working in cruise lines, merchant shipping, oil and gas and superyachts. Specifically we offer cover for healthcare, loss of life and disability and retirement plans adapted to the needs of seafarers. An example is Gold Platinum a fully portable healthcare plan that provides cover for crew members while in employment as well as between jobs. Over the course of their careers crew members typically move between boats so this ensures seamless cover and peace of mind.

OO: The insurance landscape has been fairly static for a decade but recent changes in legislation, both in the US and Europe, have shaken up the market. How has WYCC responded?

MH: At WYCC we pride ourselves on being proactive in creating solutions that serve the needs of our clients, whether that’s individual crew members or the management companies who employ them. We saw the opportunity for a worldwide network and as part of that strategy WYCC partnered with SGRM, the international insurance brokers based in Florida, to develop global healthcare solutions tailored specifically for the superyacht market. Together we launched AZURE, a global healthcare plan including US cover for crew employed by non-US entities – typically superyacht management companies.

From an administrative point of view, a key part of AZURE’s success is direct-billing between the provider and the insurer, as long as the client stays within the network.

To further reduce the administrative burden on yacht management companies we developed the WYCC Platform - an innovative online system for managing crew lists, turnover and benefits for insured members in real time.

MH: The law is now in force with no other adjustments in process. A seafarer considered as a French resident (where France is their home country or they spend more than six months of the year in France) needs to be affiliated to ENIM, unless they contribure in a country having a reciprocal arrangement with France (eg. Malta, Luxembourg, The Philippines). The alternative is private cover deemed equivalent by ENIM, such as the policy we offer. To be considered as equivalent, a private policy must include cover for all eight social branches defined in law, and common failings include a lack of cover for maternity (medical expenses and maternity leave), family benefits and retirement. It is not compulsory to provide the same level of benefits but your policy must include provision for all eight social branches.

OO: How easy is it for the French authorities to audit the situation?

MH: The French authorities have certainly started to audit the situation at ground level so it’s important to have your paperwork in order. For WYCC clients, each member receives a certificate of insurance indicating the social branches covered along with a global attestation (certificate of policy) for the yacht.

Providing you have this documentation, the feedback we’ve received from yacht managers is that a visit by French inspectors (Inspection du travail) lasts five minutes.

OO: Are you aware of any litigation since the Decree came into force?

MH: Yes, and a number of cases between seafarers and ship owners are still in progress in the French courts. Some owners have opted for mediation with indemnities based on the local legislation, typically six months’ salary plus three years of social security contributions.

OO: More broadly, what trends are you seeing in the yacht insurance market?

MH: H&M and P&I premiums will probably continue to increase in the future as the rates were too low to begin with. However, we predict similar rates for crew insurance as these benefits are linked to marine insurance.

For international healthcare plans, such as those offered by WYCC, the global average medical trend for 2019 is 7.8%. As WYCC provides benefits through a pool there was no increase in premiums last year and we expect to increase premiums by no more than 4% in 2020.

OO: How is digitalization impacting your business?

MH: We have developed fully digitalized processes to more easily manage employee enrollments and data exchanges with crew managers or payroll companies. Seafarers can also manage their claims using an App on their phone to find a medical practitioner or a hospital using geo-localization, or to organize direct billing or reimbursement. OO: WYCC has grown by 20% year on year – what gives you the edge in such a competitive market?

MH: We have a pool of members covered in a variety of markets in order to maximize profitability for all members. This also allows us to be proactive in key markets such as the yachting industry where we continue to innovate solutions tailored to specific needs. As a family-run business, we are also hands on and try to remain accessible to our clients.

OO: How do you think the market will evolve over the next 10 years?

MH: I think we will talk more and more about social security, private or national, in order to be MLC compliant. An employee benefits approach is also likely to become more proactive in the future.

OO: What is the most important thing you’ve learned in your career so far?

MH: When we started to promote our offer, the market was not quite ready for healthcare plans or social security solutions and it’s very difficult to change an established way of working. Historically, yachts equaled freedom for the owner and there was far less regulation or consideration for such provision. Of course this has changed, and will continue to change.

OO: Who do you most admire in the world of business or yachting, who has inspired or influenced you?

MH: I once met Dominique Gerardin, the owner/manager of LAMIMA. It was a wonderful project to build such an amazing wooden for cruising Indonesia. Dreams can become reality!

MH: I would create an international welfare fund for seafarers whatever their nationality, in order to manage social security benefits adapted to this job and the location of the employee and family. 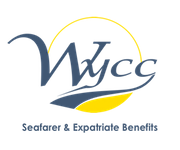