Crew Life » Crew Departments » Interior » M/Y Pet Hate: When did yacht crew get so fussy?
« BACK 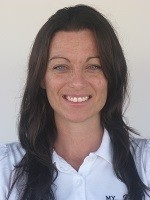 “What, you’re a lacto-ovo-vego-coeliac with an oxygen allergy? Oh [email protected]*k off, get out of my galley before I stab you and turn you into snail porridge that even that f%#@ker Blumenthal wouldn’t eat.” (Dear editor, this is hypothetical Gordon swearing, not me. Please let it stand.)