Crew Life » Crew Departments » Engineer & ETO » Stand and Deliver: With no Handover?
« BACK

Stand and Deliver: With no Handover? 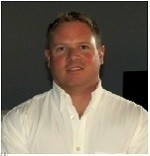 I often get a call from a friend, crew agent, or former captain about a delivery or freelance engineering position that’s become available. Am I interested? In this particular case, yes, I was.  It was a two-year-old vessel of a very good pedigree, and I actually knew the previous chief engineer, who is very skilled and professional. Overall, it was a pretty normal drill: Bring the yacht from Europe to the Caribbean, and deliver it to the shipyard. Following a short owner’s trip after the delivery, it was to the yard for a sizeable period of normal maintenance, along with the desired changes and alterations that many owners request to personalize their new toy.  As an added bonus, I was going to be making a solid day rate, working with a good program, and the vessel was to return to my own homeport for the yard period.  Does it get any easier?  Sign me up!

Where things go a bit astray is where the transfer of ownership comes into play.  This particular vessel was in the process of pre-sale surveys and preparations for the change of ownership.  And not only was I going on freelance, but so was the majority of the rest of the crew, including the delivery captain, who, along with myself, was not necessarily planning on staying on full-time, given the nature of the to-be-determined program.  There were a few junior crew that did stay on from the previous owner, but even they had limited time on board.   The initial plan, as set by the incoming captain, myself, the incoming management company, and the current chief engineer, was for me to fly over and meet the yacht three or four days before the transfer of ownership took place, for a good, solid handover. This would give me plenty of time to learn the vessel and be comfortable and safe before heading out for a major crossing.

Makes sense right?  Well, it made sense to me too – at least, until I arrived in Italy only to be told that, by order of the owner and current management company, under no circumstances was I to be allowed on board until the day of ownership transfer.  That’s final.  Period.  End of story!  No handover was being allowed other than what I could cram in the morning we set out for international waters under new ownership.  After that, the boat would be mine and the new captain’s, who had been given the same generous “permissions” they had granted me.  And so it went...

Fortunately we were forced to delay the departure due to weather, against the new owner’s desires of course.  Even without the weather, the captain and myself were completely on the same page in understanding the need and importance of getting familiar with the boat.

No owner has the right to tell you that you should put yourself, your crew – or their vessel –into jeopardy for the sake of a deadline or pleasure trip.  These are the times when the balance between keeping owners happy and protecting safety and property can be a very difficult to gauge. Is it the responsibility of the captain to put his foot down and make that very difficult stand or, in special cases such as these, for the chief engineer to help the captain say, “No, we are not ready to depart in a safe manner.”  This case was also particular as it involved a new and first-time yacht owner.  "The broker told me the boat is in perfect shape and is ready to go. What's the problem?  I want to go now and that's it!"

To exacerbate the situation even more, prior to leaving the vessel, the previous owner and management company had instructed those handling the ships information technologies and server to clean the server completely, wiping out a large portion of the email history, together with useful and necessary historical information for the running of the vessel.  The goal was to remove anything that involved personal information about the previous owner to protect privacy and autonomy – nothing deliberately harmful in intent. But in removing the proprietary information, a significant amount of other information was also removed.  Thankfully there was a solid and able team who worked to resolve everything and get functionality back on track. The part-time captain, full-time captain (who also came on board to learn the vessel and assist), the new management company, technical advisors, and department heads on board all lent assistance.  This involved everyone.   Of course, as chief engineer, a significant load fell on my lap, along with the challenge of trying to learn a new vessel and prep for a major crossing.  Overall, it was great fun, and a great experience. It was a good challenge, and with the right team, almost anything can be done.

As you can see, you never know exactly what you are walking into.  I was walking onto a two-year-old, well-maintained vessel of an excellent build pedigree to perform a three- or four-day handover with a chief engineer whom I knew well –all with great records and maintenance history.  When I arrived, only the positive condition of the boat was ‘as sold’ to us when accepting the position.

This is a perfect example of "The Joys of Yachting" and all that it brings with it.  Every one of us has their own story, some much easier, some much, much worse, and probably quite a few with less-than-happy endings. But there are always lessons to be learned.

Please share your comments and thoughts in the forum.  What are your recommendations for avoiding such situations? How did you deal with it when it happened?

Michael Wilson has 12 years of engineering experience in the yachting industry, working full-time and freelance. He has also worked in project management, yacht management and brokerage. Mike is currently a rotational chief on M/Y Senses, and has worked in the industry for over 10 years on multiple yachts, including S/Y Maltese Falcon.

He is a Florida native and U.S. Coast Guard Chief Engineer 3000Grt Unlimited HP (a Y-1 equivalent). He studied finance and human resources at Purdue University, graduating in 2000.