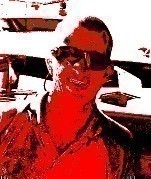 My job interview had been postponed and then postponed again. After a few requests to see the boat, I received a call from the boat to meet in a little cafe far away from where the boat was berthed. A single alarm bell was already going off, but I chose to ignore it and thought to myself that there must be a good reason. I met with the boat´s manager and we enjoyed a pleasant discussion. Topics such as duties, itinerary, experience and the crew were all discussed briefly, and it all seemed too good to be true. In a nutshell, a busy private boat with chilled guests.

Once I had joined the boat, I naturally hit the ground running and, before I knew it, we had guests onboard. The season kicked off with a hectic 10 days of charter, where we were going to bed at 2am most mornings, and getting up again at 4.30am, for guests that only reappeared from their cabins at 10.30am. Tough, but we’ve all been there.

However, the captain was a closed book, and the crew could do nothing right on this boat. We were constantly walking on egg shells, and confidence was low. That, coupled with the sleep deprivation, and the knowledge that there would be no tips, despite the extra hours we put in,had a negative effect on morale. We all just wanted to get through it, knowing we had five days coming up before the next guests arrived, and we would get a day off. But instead, we were made to get up at 6am every morning and finished at 9-10pm every night, even though our contract stated 8am to 5pm when guest were not onboard.

We then went straight into the next charter for another 10 days. This time the guests burned the candle at both ends, and I can only recall it as a blur. Still no tips or the sign of a day off. After a few of these trips I began to wonder why we had never seen the owner, and why neither he or the captain ever provided us with information about the guests that were coming onboard.

As the season progressed, the itinerary was radically changed. And the turnaround time between charters was reduced to a single day right through to December. Now you might be thinking that these are common conditions for certain boats, but I challenge you to think the same after reading the next paragraph..

The deck was becoming almost unbearably hot so I requested a pair of deck shoes. I was told that there was no time to buy them and that I would have to do without until the guests were off. The shoes never arrived. One morning, I had an accident while trying to do too many things at once. I slipped and sprained my ankle and took the skin clean off my toes. I applied bandages, but they didn’t stay on as my feet were constantly in water, as I was busy with the tender, jet ski and toys. We had just started another charter and the boat was not prepared to have me off the boat until the guests departed 10 days later. Eventually, with a rampant infection, I was given permission to see a doctor, but it would be at my own cost! Despite the fact that the boat has insurance for such incidents and it was also stated as part of the medical cover in my contract.When I queried this, I was told that I would only be covered in the event of a more serious accident, where I required hospitalization! And all this for the cost of a pair of deck shoes.

A few days later some of the crew got the opportunity to go for drinks and the beer and the talk were flowing. It was finally explained to us why the owner never knows the guests onboard his yacht. In essence, they have made donations to his advertised charity and, in return, they are allowed to use the boat.

I may be way off the mark, but I can’t help wondering if all the money donated then goes to that charity? Who is paying for the crew, the fuel, the food? And, if people are essentially ‘paying’ to use the boat, is it a private vessel or a charter yacht? I cannot pretend to understand the ins and outs of the law but, there is certainly room for questions. Am I the only one who feels a sense of moral unease?

Right or wrong, legal or not, there is also the question of why the crew was treated so poorly.

We’ve all been there on occasion, or heard of boats where the crew is worked like dogs. And accidents will happen. But not taking care of your crew when they do is unacceptable. In such cases, it seems contracts are not worth the paper they are written on or, at best, are only as good as the parties who enter into them. It is certainly not an experience I’d wish to repeat but, on a boat like this one, who do you turn to when it all goes wrong?