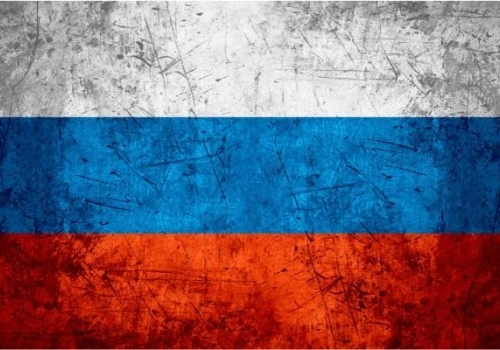 There are concerns among some of our PYA members regarding their legal and financial status if they are working on yachts which are Russian flagged or are owned by Russian individuals or Russian entities.

The current crisis is a constantly evolving situation, and we are all in uncharted waters. The PYA is following the situation closely and has been in direct contact with its legal adviser, and with three REG members - MCA, Cayman Islands and Isle of Man. We are also offering crew free personalised advice via our PYA Member Assistance Service, plus a discount on our membership (see details below).

Recently, the Cayman Islands Shipping registry office in the South of France has received calls from some captains and crew on yachts with Russian connections, currently in Italian ports, who are worried about the implications if they were to assist in moving these yachts from Italy into international waters or ‘safe havens’.

Some Russian-connected yachts have already arrived in the Maldives and Montenegro, however, their ultimate safe haven there may not be assured. Provided that a yacht has not been formally placed under a detention order by flag or port state, and complies with all normal departure procedures, then moving a yacht from A to B in compliance with orders from the usual operational command centre would not place the crew in legal jeopardy.

Moving, or attempting to move, a yacht that is under formal detention would constitute a serious offence. The UK has recently announced that it has banned Russian-linked vessels from docking at any of its ports, whereas the EU is still allowing the entry of Russian-linked vessels which are not subject to sanction.

Overall, the legal situation is that the owner of a vessel is the person or entity listed as such on their vessel's Certificate of Regis. Crew may actually be employed by the vessel owner, or more commonly by an offshore ‘cell’ entity. They may or may not know the identity of the yacht’s beneficial owner(s).

Where such owners have been identified and sanctioned by state authorities, their assets, including yachts, face denial of access to the said owners or their representatives. This likely means that, in the case of a sanctioned yacht, the crew would, after an uncertain period, be required by the local port state officials to leave the vessel, which would then become a ‘Navire Désarme’.

The concerns for crew members then become (i) where do they go next, and (ii) how to recover any outstanding wages.

In answer to (i) above, there will be several factors to consider. If the yacht is in an EU port, then EU crew on board are free to consider whether to go home, or travel to or remain in an EU port where they can seek new employment while dealing with recuperation costs and unpaid wages.

Non-EU crew with or without Schengen visas and whose 90 days have not expired, may also return to or remain in the EU, but they have no right to approach crew agencies or otherwise seek new employment. Legally, they need to return home and apply for a new job from there.

To avoid any entanglement with the vagaries of US immigration laws, non-US crew on a sanctioned vessel in a US port should, if required to leave such vessel, leave the US as soon as possible. However, as US immigration regulations require all crew to hold a valid visa to enter a port, there should be no issue leaving the vessel.

Russian nationals would find themselves in a particularly invidious situation on a sanctioned vessel. If funding were to dry up, it is sure that individually their shipmates would not see them go hungry. However, as a group they would elicit little public sympathy anywhere, and their best course of action would be to return home as soon as possible and by any means.

Repatriation costs should be paid by the yacht owner. In the case of commercially registered yachts, insurance coverage is compulsory to cover such costs in the event of an owner’s inability to do so. However, access to such pay-out may not be a simple process for any individual crew member. The flag state then has a responsibility to assist the stranded seafarer with repatriation.

If the flag response is slow or is unforthcoming, one’s consulate would normally assist with repatriation, or the port state may intervene to assist in returning the crew home. (In the foregoing scenarios, the flag, consular or port state authorities would then have the option to recover costs from the insuring entity).

With regard to concern (ii), unpaid wages (including leave and any other contractual benefits) may only be recovered after the fact. No pre-emptive action is possible by any port or flag state authority, or by any seafarers’ organization of any kind.

In order to protect their claims, seafarers should remain with the vessel as long as possible, and assemble a portfolio of evidence of entitlement to wages. Documentation should include, but not be limited to, a SEA or other contract, previous pay slips, copies of relevant notations in the Official Log Book, copies of crew lists, and copies of any crew uniform issuance list(s) on which their signature occurs. The PYA is working with Maritime Lawyers who can provide our members with further assistance to claim unpaid wages.

In any situation involving crew’s unpaid or disputed wages, if there is no satisfactory outcome achieved by the efforts of the captain or management company, the next port of call is flag state. Exceptionally, for example in France under specific circumstances, port state may enforce payment of retained wages. Regardless, our members should also contact the PYA office for reference to our Member Assistance Service (MAS), which is a free service available to all crew, including non-members.

This service has a track record of successfully resolved wage disputes, and is totally private and exclusively confidential between only the parties concerned. There is no public disclosure of the identities of crew, owner, management or yacht, thereby protecting the reputation and career path of our involved member.

It is only extremis, as for example an entire crew remaining unpaid by an intransigent or vanished yacht owner, that resolution can only be obtained by resort to court action, with its attendant undesirable publicity.

Please note, we will be following up shortly with some additional advice.

The PYA represents yacht crew worldwide and can only continue to provide our advice and support services through the support of our members and partners. To further grow our capacity and membership network, the PYA is offering all crew a 20% discount on new memberships until 30 April 2022, using the code ‘ADVICE22’.