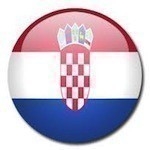 Once VAT has been paid on a yacht it may be transferred from one EU member state to another free from incurring any additional VAT, as with other goods that travel across EU frontiers, tax-news.com reports.

Croatia is set to join the European Union from July 1, 2013, and Croatian yacht owners, under the rules, will be required to pay value-added tax on their vessels to establish them as EU goods.

Croatian yacht owners may opt to instead relocate their vessels to another European Union member state ahead of the nation's accession and pay VAT there instead.