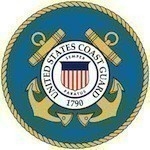 A Maryland man swam for hours to reach help for his family, including two children, after their boat capsized in a storm off Maryland’s Eastern Shore.

John Franklin Riggs climbed rocks along the shoreline in the dark and knocked on the door of the first house he saw after swimming three miles early Wednesday.

“He came to the right house,” said Angela Byrd, whose dog’s barking awakened her. She found 46-year-old Riggs outside, soaking wet and barefoot.

“He said, ‘I’ve been swimming since sundown; I need help,’” she told the Daily Times.

Byrd called 911 and rescuers were soon on their way to the 16-foot Carolina Skiff that capsized near Deal Island, southwest of Salisbury. Life jackets saved the boaters’ lives, Sgt. Brian Albert of the Maryland Natural Resources Police said.

"Just not knowing what's going on with them while I was gone. It was getting nasty and blowing harder. And not knowing if we would be able to find them when we got back out there," Riggs told WBOC.com.

A Maryland State Police helicopter hovered above the boat as firefighters from Deal Island, Mount Vernon and Fairmount in Somerset County and Westside in Wicomico County pulled alongside. The U.S. Coast Guard also was on the scene, Albert said.

Deal Island Fire Chief Donald Ford told WBOC.com that Riggs braved. "some of the worse tides in the Chesapeake Bay."

"It's an amazing story," Ford told the station. "The man's a hero. He swam from Haines Point and ended up, when he came to shore, at Hall Point."

Contessa Riggs of Washington said she clung to the boat for five hours with her 3-year-old son, Conrad Drake; her 70-year-old father, a retired commercial waterman also named John Riggs, and his 9-year-old granddaughter, Emily Horn, a fourth-grader visiting from the San Francisco Bay area.

“I’ve never been so happy to see search boats in my life,” she said Wednesday by telephone. “It took him five hours to swim ashore. He had to stop and grab a crab pot buoy and rest, then swim.

“We clinged to the side of the boat and got stung by sea nettles in the dark,” she said.

Riggs’ 9-year-old niece, Emily, calls Riggs a “real hero.” She added that the next time the family goes fishing, “I’ll go if the water is really shallow.”