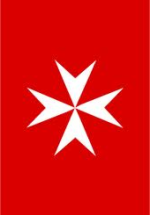 Edward Zammit Lewis, the Parliamentary Secretary for Competitiveness and Economic Growth for Malta, said on Wednesday, September 11th that he believes the country has the potential to turn into an “excellent leading maritime centre in the Mediterranean.”

Due to Malta’s position geographically, he went on to state, the Maltese government is aware that the nation has a strong foundation for this growth, something that will only be further bolstered by the wealth of natural ports and the more traditional culture of the country.

Speaking at a seminar on the theme of “Malta – A Better Destination for Super yachts” at the Grand Hotel Excelsior in Floriana, he discussed the future for the various marine industries, particularly in regard to Malta.

The Yacht and Super Yacht Sector

He said that, of all the different maritime sectors at work in Malta, one with exceptionally good potential for growth is the yacht and super yacht sector.

The belief is that, if the Maltese government were to work on improving the sector now, the country as a whole should be able to easily increase its overall market share of the industry. This would have a number of beneficial impacts to both Malta and the shipping industry – most importantly of all, a large amount of new jobs would be created.

These jobs would cover a wide range of different sectors, from engineering and construction to ship crew and management, giving a great boost to ship yards around the country.

Zammit Lewis made sure to restate the fact that Malta has the largest shipping register of the continent, and that more than 500 people already work in the industry in Malta, or have jobs which are dependent on its continued success, from marine surveyors and yacht brokers to suppliers of mooring ropes and refit and repair workers.

The Competitiveness and Economic Growth Secretary concluded the speech with a commitment that the government would “sustain the various entities and operators in [the shipping sector]” and to ensure that yacht owners (particularly owners of super yachts) would continue to see Malta as “a highly respectable jurisdiction.”

He committed to making a number of improvements to the Maltese infrastructure, many of which would have far-reaching benefits within the yachting industry, such as modern telecoms, satellite communications and high-speed broadband, as well as major improvements to transport connections both via air and with the south of France. The yachting sector should start to see these benefits in practice, rather than on paper, in the near future.

The Third Biannual Superyacht Seminar was organised by the publishers of “Yachting in Malta” – Wilfred Sultana & Associates, in collaboration with the International Superyacht Society and Transport Malta. It was attended by members of the Maltese yachting industry, economists, yacht enthusiasts and the Parliamentary Secretary for Competitiveness and Economic Growth for Malta.