Yachting News » Of Interest » Confidence meets Nervousness about the Future
« BACK

Confidence meets Nervousness about the Future 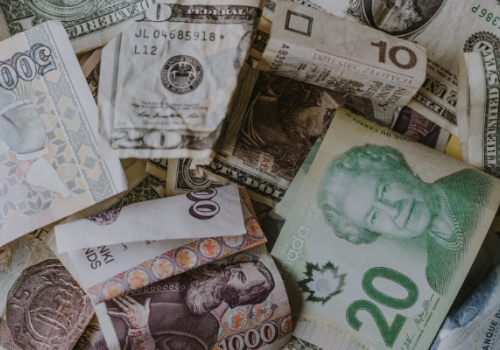 This week saw some easing of restrictions in Europe - Denmark, Austria and Poland are the stand-out stories – as well as mixed numbers from the USA, and optimism from China and Australia. Stocks gained ground, and some stories are focusing on business ‘stability’ returning. Despite this, it is very easy for everyone to identify some enormous cracks in the world we once knew.

This can be summarised in one comment: “Markets seem to have run out of good news to trade off,” said Kyle Rodda, analyst at IG Markets in Melbourne.

I mentioned some awful data from France in my last comment, and horrible statistics are bound to continue from all countries. We now see Dutch new unemployment claims increased 42% in March – the majority being under 25 years old.

Australia has done a great job of confinement and restricting the number of COVID-19 cases and deaths, but alongside this positivity are still some terrifying statistics. Commentary from Reuters regarding New Zealand and Australia says: “Listed companies in both the countries have already laid off or began considering laying off more than 100,000 people, temporarily or permanently, highlighting the toll on livelihoods as virtual shutdowns take hold. Ultimately, economists forecast the crisis will more than double unemployment to more than 11%, the highest in three decades.”

AUD/USD trades at one-week lows near 0.6300, while US retail sales fell by the most on record, and manufacturing output fell be the most in 74 years.

USD: The reality of the economic damage to come has seen renewed demand for the USD – a safe-haven currency when the market has no appetite for risk. EUR/USD at the lower end of recent ranges 1.0890

GBP: Widely expected to increase confinement by another three weeks, and seen by many as lagging Europe in terms of ‘action’, GBP has performed relatively well. The GBP 300bio package offered to business may be slow in delivery, but represents 15% of GDP – the highest percentage package offered by any European nation. This has helped bolster GBP, with GBP/EUR at 1.1475 and GBP/USD at 1.2475

India: The Indian Rupiah fell to a record low vs USD (76.82) yesterday due to obvious fears about the Indian economy’s future.

Whilst volatility has reduced in the major currency pairs, liquidity is nowhere near normal, and the sense of nervousness remains – short-term trends and movements remain edgy, and medium-term economic performance is almost impossible to judge.

The conversations we have had this week are more confident than the last month, but businesses remain cautious. Please feel free to approach us to discuss the future – we are here.