Saudade, My Song And Grande Orazio Triumph At Loro Piana 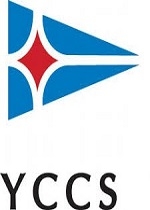 The final day of the Loro Piana Superyacht Regatta 2015 saw an almost total lack of wind prevent the participating yachts from completing the fourth and conclusive race of the series. The week was characterized by unusually light winds in a sailing destination renowned for its gusting Mistral breeze, but was no less exciting for this as three days of intense and highly tactical racing ensued. Today the wind God's failed to collaborate however and the winning fate of yesterday's division winners - Saudade (Class A), the 25-metre My Song (Class B) Grande Orazio (Class C) - was sealed. The 45-metre Wally Saudade came out on top in the head-to-head battle that had raged all week with the 46-metre sloop Ganesha who had to settle for second place, on equal points with the winner. Third place overall in Class A went to Clan VIII, a 45-metre Perini Navi sloop. The Loro Piana Prize, the Silver Jubilee Cup by Boat International Media was awarded to Saudade during the final prize giving ceremony held at the Yacht Club Costa Smeralda.

Pier Luigi Loro Piana's My Song, who with three wins in three races held was already assured victory at the conclusion of racing yesterday, claimed victory in Class B ahead of the 33-metre WinWin from Baltic Yachts, competing for the first time at the event. The 33-metre Inoui took the prize for third in class. Riccardo Bonadeo, Commodore of the YCCS, commented on the week's proceedings: "It was thrilling to see how such imposing boats managed to provide exciting racing in fairly light winds. As always the Loro Piana event brought a varied fleet - some new boats competing for the first time here in Porto Cervo and many owners who come back year after year for the special atmosphere of this regatta." Pier Luigi Loro Piana, Deputy Chairman of Loro Piana also commented during the prize giving: "A special thanks must go to the Yacht Club, they put on a wonderful  show but I know how much work there is behind the scenes in creating an event like this. As a sponsor I am really proud of supporting this regatta and superyacht racing. The quality of the boats was very high this year and the racing was super. Thanks to all the owners for attending and I'll see you all next year."

The next edition of the Loro Piana Caribbean Superyacht Regatta will take place at the winter home of the YCCS in the British Virgin Islands from 9th to 12 March 2016. Meanwhile in Porto Cervo the superyachts make way for the international fleet of TP52 boats participating in the Settimana delle Bocche - 52 Super Series 2015 from 8th to 13th June 2015.

All images courtesy of Carlo Borlenghi