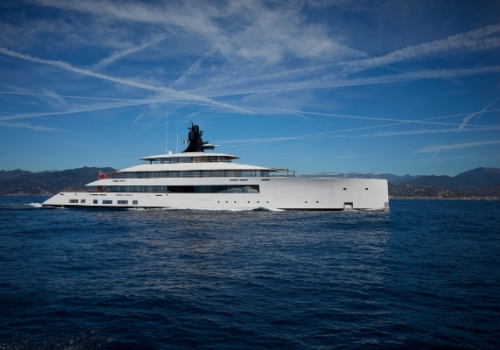 Feadship enjoyed an excellent evening at this year’s World Superyacht Awards, making a clean sweep of all the Neptune trophies for which it was nominated. The virtual presentation event on Friday 13 November saw Pi, Najiba and Lady S each triumph in their respective categories, with Pi taking home the ultimate accolade by winning the Motoryacht of the Year award.

The pandemic may have put paid to the usual gala gathering of the superyacht world to honour the winners of these annual awards but it did not stop the panel of judges, composed entirely of superyacht owners, from carefully assessing the nominees over recent weeks. Hosted from London, the online ceremony was attended by hundreds of invited guests from around the world, with the prizes being unveiled live on screen.

A wonderful night for the Feadships involved started with the 58-metre Najiba being named best Displacement Motoryacht Between 500GT and 999GT. Philippe Briand was responsible for the style and partnered with Feadship De Voogt Naval Architects on the naval architecture of a yacht with a top speed of 17 knots. “Najiba’s phenomenal performance surpassed her rivals for the award,” said the WSA panel, “with a fuel burn at her 12-knot cruising speed of just 137 litres/hour – around half that of her competitors despite her greater beam, clearly demonstrating an efficient hull design.” The judges were equally impressed by Najiba’s “clean, harmonious exterior lines”, Claudio Cicconetti’s “fresh and innovative” interior layout and the interior design by Studio Liaigre. Their final commendation was for “the extremely high quality of construction seen throughout the yacht. We are certain that Najiba is a worthy winner of this highly competitive class.”

The next prize for Feadship was in the Displacement Motoryachts Between 1,500GT and 1,999GT category in which the 77.30-metre Pi was announced the unanimous winner. The judges stated that her “remarkable build quality is combined with superb design and innovation. Pi is a yacht that borders on perfection with her harmonious minimalism seen in the interior by Sinot Exclusive Yacht Design and exterior by Jamsen.” They also admired how Feadship surmounted many obstacles, “the best example of which is the incorporation of floor-to-ceiling windows without mullions, to create the owners’ dream of a main saloon that is truly at one with the exterior.” The icing on the cake for the panel of experienced owners was “the detail and harmony of every interior element and Feadship’s perfect quality of construction.”

And then there were three

The third major award to go to Feadship was in the Displacement Motoryachts Between 2,000GT and 4,999GT class, with the 93-metre Lady S named “the clear winner.” This superb motoryacht is the result of Feadship and the highly involved owners partnering with Michael Leach Design and Reymond Langton Design. The judges applauded “the elegance and harmony of the exterior lines and the innovative layout that features fire-pits on two levels, the largest sliding glass doors seen on any yacht, and a fully-certified helipad deck.” In the interior the judges “admired the huge windows and cool elegance of the owner and guest areas, and were fascinated by the boat’s many special features. These included a large gym on the bridge deck with expansive 180-degree views and a stunning beach club, as well as the only Dolby 3D IMAX cinema ever installed on a superyacht.” Lady S, the panel concluded, “is a very special yacht.” 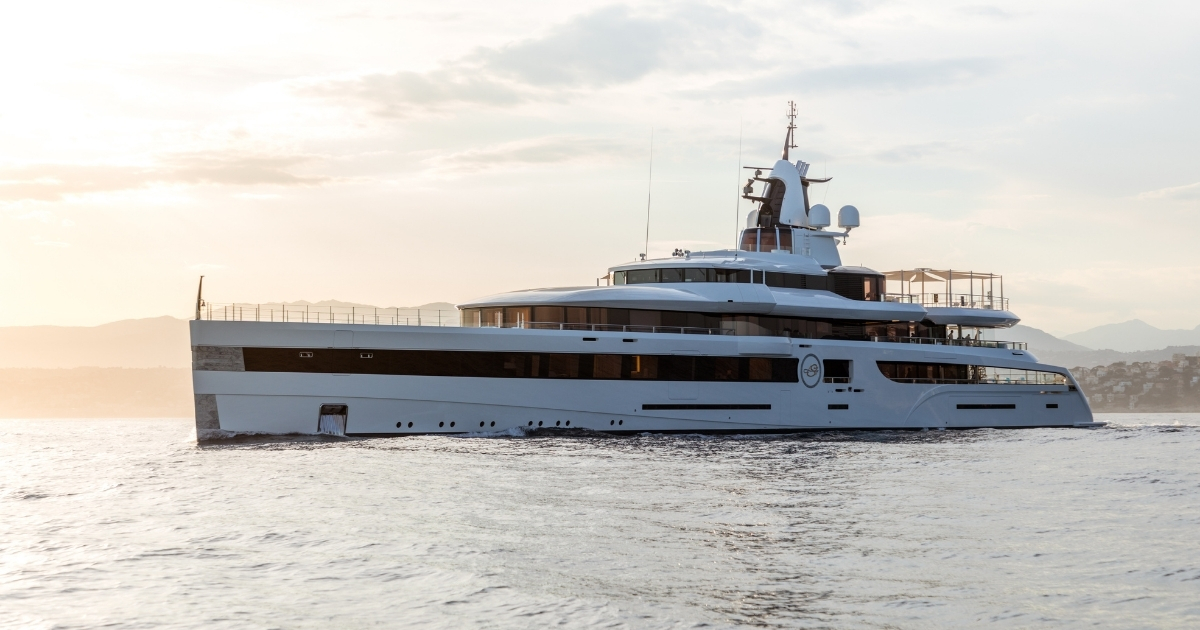 With all the categories announced, the global audience of owners, industry peers and media waited expectantly to discover which boat would win the highly coveted title of Motoryacht of the Year. The judges acknowledged the difficulty of comparing such diverse yachts as they sought “the very best of the best” but ultimately chose the Feadship Pi for her “harmonious exterior lines, the sophistication of her Zen-like interior, and the extreme connectivity between interior and exterior brought about by her floor-to-ceiling glazing on the main deck and large lower deck port lights.” Nothing how hard this must have been to engineer technically, they highlighted the “overall perfection of her construction and a degree of excellence that made Pi a worthy winner of this prestigious title.”

“We are delighted to have won these awards tonight, which is a tribute to the craftsmen that built them and the exceptional vision of the owners of Lady S, Pi, and Najiba,” comments Jan-Bart Verkuyl – Feadship Director / CEO Royal Van Lent Shipyard. “The fact that the winners are chosen by their fellow owners, men and women who know at first hand the meaning of quality, makes these trophies all the more special. We would like to thank everyone at Boat International for pulling off such a great show in these challenging circumstances. And we look forward to hopefully meeting everyone again in person at next year’s awards ceremony in Monaco.”

For the full breakdown of this year's winners of the World Superyacht Awards please click here.