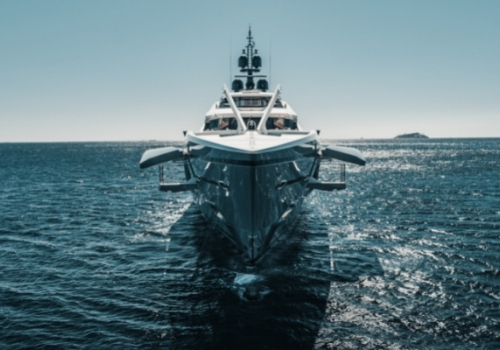 Bilgin Yachts will debut its flagship and first unit of the Bilgin 263 series, the 80m Tatiana, during the Monaco Yacht Show, which will take place on 22-25 September 2021.

Delivered to her owner this year, Tatiana is the latest Bilgin Yachts’ model and, followed by two sister-ships in line, her 80m length makes her the largest superyacht ever built in Turkey.

Aggressive and sleek are the right words to describe her exterior lines and naval architecture designed by Unique Yacht Design. Her interiors are the work of H2 Yacht Design. With accommodation for up to 16 guests in eight cabins, she reaches a top speed of 19 knots and has cruising speed of 12 knots, with the power of 2,560 kW twin engines and a generator. She is built incompliance with IMO Tier III certification and is considered to be the most environmentally friendly yacht in her class.

“Tatiana has a stunning interior complementing the modern exterior lines,” says Jonny Horsfield of H2 Yacht Design. “She is a result of a work with an emphasis on details, with special and unique materials. Textures used in the living areas attract people from the first moment.

“The yacht owner is an extremely family oriented man, he loves to socialise with his family and friends, and spends summer months on end on his yacht. The client has been involved in the industry for years and has had several yachts, so he knew exactly what he likes and what he doesn’t.

“He loves to entertain his family and friends to sit back and relax whilst cruising the Med. As a result of our work together, Tatiana appeared. This yacht is contemporary in layout with generous living areas, a huge spa and a beachclub on the aft deck.”

Having launched Tatiana in February 2020, Bilgin Yachts has currently built three units of the 80m Bilgin 263 series. The second hull – which is already sold – is planned to be launched in 2022 and following that, the third hull of the model will be delivered to her owner in 2023. The series emphasises eco-friendliness, featuring a special exhaust system that provides 100% clean air emissions.