The Alternative Propulsion Meeting for a Carbon-free Future for Yachting 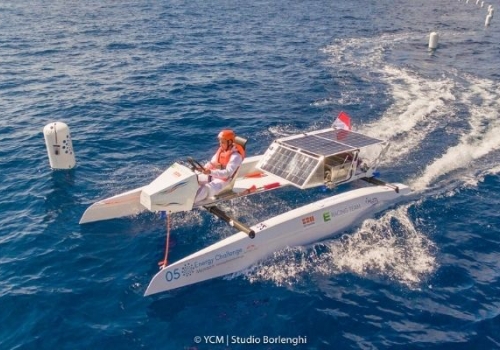 As the 5th Monaco E-Prix and Salon Ever ends in the Principality, both focused on sustainability and renewable energy, the Yacht Club de Monaco has extended its lead in the search for eco-friendly solutions as it gears up for the 9th Monaco Energy Boat Challenge 4-9 July 2022.

Held under the aegis of the collective ‘Monaco, Capital of Advanced Yachting’ umbrella brand and bringing together a new generation of engineers, Monaco Energy Boat Challenge intends to play its part in meeting the 21st century’s energy and environmental challenges. It is doing this by promoting innovative solutions for recreational boats, particularly in the propulsion and alternative energy field. Since its launch in 2014, the event has gone from strength to strength establishing itself as the international rendezvous for tomorrow’s yachting.

For this edition, more than 35 teams, including 27 universities will represent 20 nationalities in the Principality. “We want to build the future through an eco-responsible societal prism that cares about future generations. The yachting industry cannot evolve if it does not incorporate the sustainable development concept into all its initiatives,” says YCM General Secretary Bernard d’Alessandri.

Alongside countries like Indonesia, Monaco, France, Greece, Italy, Portugal, United Arab Emirates, Peru and China with the Hainan Institute of Electronics, Canada and India are making their first appearance since the event started. These two nations will be represented by students from the Montreal Polytechnic and Kumaraguru College of Technology.

Organised in partnership with the Prince Albert II of Monaco Foundation, with support from Credit Suisse, BMW and SBM Offshore, as well as Dutch shipyard Oceanco, the Monaco Energy Boat Challenge powers creativity and stimulates innovation.

With registrations confirmed for the Solar and Energy classes, it is the turn of non-CE regulated prototypes and hydrogen in the Open Sea Class to finalise their registrations, while CE ratified boats have until 1st July.

The meeting is backed by many supporters including Bertrand Piccard, founder of the Solar Impulse Foundation: “I’ve been the godfather of this event for several years and have seen how it’s evolved. In the beginning, it was a bit anecdotal, the boats not being that professional, as it was just the start of those pioneers trying to do something with alternative energy sources. Yet now, after nine years, it’s become marketable! Boats are now on the market. It’s clearly a new phase and the message is simple: bravo to you all for what you have accomplished and keep it up for the future.” 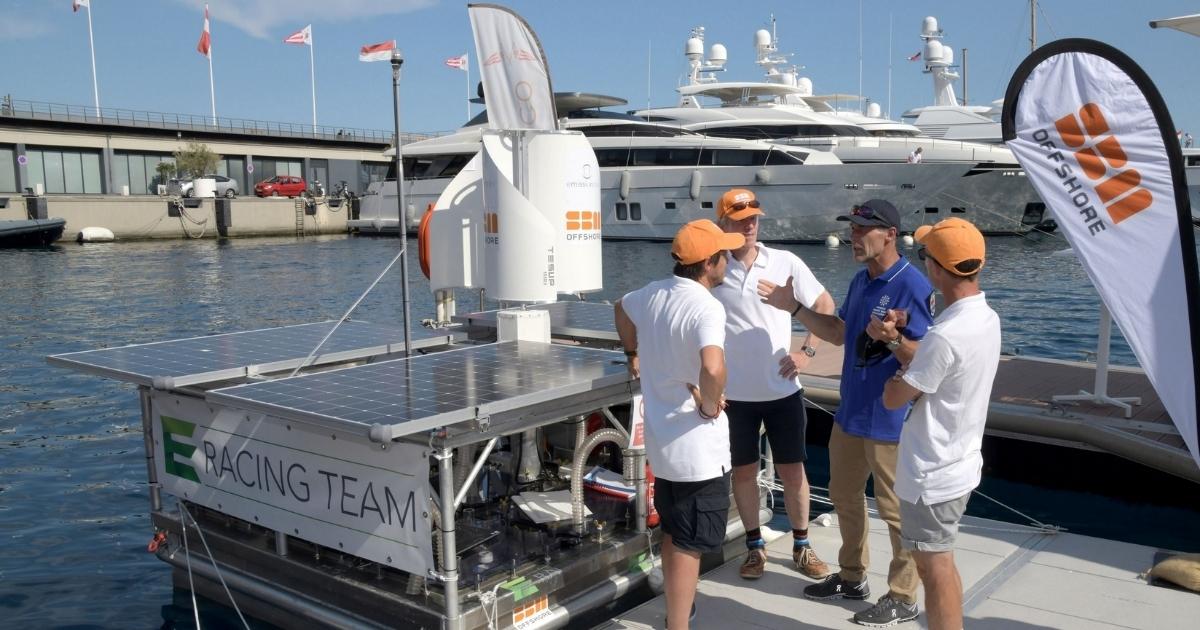 Three Categories on the start

Sixteen teams from 11 nationalities are competing in the Energy Class for which organisers supply a one design catamaran hull to competitors who must select an energy solution and design an emission-free propulsion system. The one major constraint is the maximum quantity of energy they can use, set at 10kWh for this edition, and they have to design a high-performance cockpit in a sustainable way that optimises the life cycle of all the materials.

The Solar Class which has been in from the start will give free rein to 16 teams and their solar-powered boats. And last but not least, the Open Sea Class, mainly open to exhibitors in the YCM Marina and units already on or about to enter the market, turns the spotlight on boats responding to the United Nations’ ‘net zero emission’ pledges to avoid the most serious effects of climate change and maintain a habitable planet.

Paddocks and exhibitors village: progress explained and innovations in action

The exhibitors Village will be buzzing with a full day conference, a hydrogen round table and daily team Tech Talks open to the public (entry is free), and activity round the stands for startups and new projects in the innovation, sustainability and new energy sources for yachting. The public will even have a chance to discover and test (by appointment from 6-9 July) the electric boats moored on the YCM Marina’s pontoons.

As well as the daily Tech Talks in open source, on Thursday 7th July a full-day conference will focus on the ‘Energy Transition in Yachting: Opportunities & Limits’. Some 20 speakers in total are coming to discuss alternative energy R&D progress, carbon-free energy production onboard, and the yachting industry as a field for experimentation (registration required). 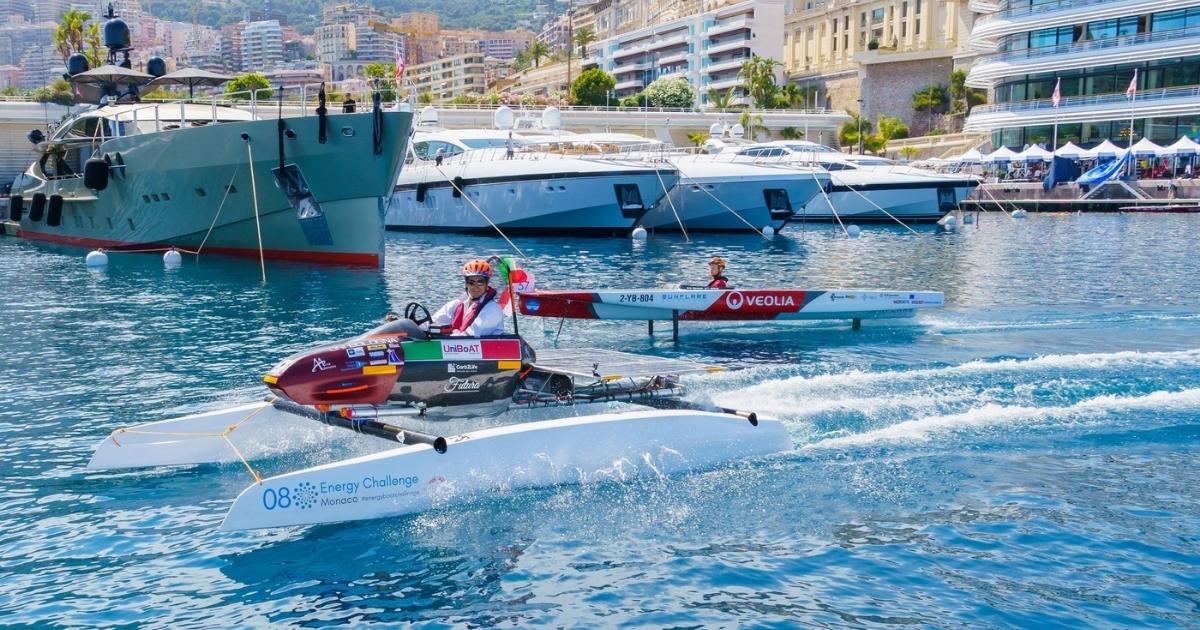 Friday 8th July is the date for the 3rd Monaco Hydrogen Working Group Round Table, this year entitled ‘Unlocking hydrogen barriers in the maritime sector: port regulations & economic viability of projects’. Organised in partnership with Monaco’s Energy Transition Mission and the Prince Albert II of Monaco Foundation, it’s an opportunity for Monegasque, French and international government players and institutions, together with hydrogen developers, to take stock of progress and discuss regulation of hydrogen projects in the maritime sector (by invitation).

Technology applied on all levels

This week is also a chance to see other new technologies in action, for example the flexible solar fabric (Solar Cloth), recently acquired by YCM as part of its sustainability approach to optimise energy usage linked to nautical events. Placed on a battery pack, the system produces electricity that is fed back into the YCM grid, like that generated by floating solar panels installed in a partnership with gas and electricity company, SMEG. Meanwhile, a pontoon producing green hydrogen from renewable energy sources will be moored in the YCM Marina thanks to SBM Offshore whose SBM E-Racing Team will be refuelling their boat from this facility. Still on hydrogen, EODev will demonstrate the 100kVA electro-hydrogen zero emission GEH2 generator.

In the Open Sea Class, TU Delft Hydro Motion Team (Netherlands) is bringing a new monohull hydrofoil prototype equipped with a fuel cell which replaces the modular trimaran they developed for the last two editions. This year there are seven hydrogen projects being presented in Monaco but they are not the only new developments being tested.

Take Hélios, who rode his chariot pulling the sun across the sky every day, the students in the National Technical University of Athens’ research team, Oceanos NTUA, have opted for solar energy in addition to their electric engine. This year they have also developed a bespoke propeller to improve their propulsion system’s efficiency.

They are not alone, as the teams from UNIBOAT (Italy) & Capgemini Engineering (France) and Sea Sakthi (India) are also proposing a customised solution, so it’s a great opportunity to test these variations. While some are adding solar panels to recover as much energy as possible when racing, Hydrovinci (France) is bringing a wind power system to generate energy onboard, a first for the Challenge, and potentially win the endurance event.

The French team from Caiman ENSTA, (Ecole Nationale Supérieure de Techniques Avancées - Paris) are betting on their improved design to reduce drag and improve thrust with a new propeller nozzle. The students have also opted to go for recyclable materials to reduce their ecological footprint.

As part of the collective ‘Monaco, Capital of Advanced Yachting’ umbrella to position the Principality as a centre of excellence in this industry, the Monaco Energy Boat Challenge organisers have been running a Job Forum since 2019. It is proving once and for all how the yachting industry generates jobs. Since the first year, around 20 young people have either had an internship or employment at companies in the sector. This year, job offers will be posted on the website at https://energyboatchallenge.com/ from Wednesday 15th June and on Thursday 7th July, young talents will follow the Job Dating format to meet potential future employers.