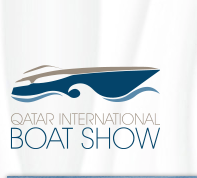 Counting down the days before the official opening of the second edition of the Qatar International Boat Show (QIBS) in November, the organisers of QIBS 2014 have confirmed that many of the top names in the maritime industry will be present at the show.

Four shipyards will be exhibiting for the first time at QIBS 2014:
Palmer Johnson from the US, Blohm and Voss from Germany, Esen Yacht from Turkey and Grupo per Mare Amer Yachts from Italy, who will also be exhibiting one of the largest yachts in the show this year, at 92 ft in length. Nakilat Damen Shipyard, Qatar, too will have a presence. NDSQ is the only super yacht builder in Qatar – a joint venture of two blue chip companies: Nakilat and Damen.

Prestige Yachts is to launch its dealership in Qatar with Gulf Yachts that will be representing also Everglades boats. In addition to this, Lagoon catamarans represented by Tan Services, Hydrasports Custom represented by Plantation Boats and Ventus lounge boats, will all be exhibiting here in Qatar for the first time. Faysal Mikati, Vice President of the QIBS’ organisers, Snow Comms, says the line up of exhibitors is like a Who’s Who in the maritime industry. “Even now, we are still getting enquiries from other potential exhibitors for the show; and it seems news of the success of the first edition of QIBS last year has filtered through the international boating community and it’s as if the whole of the industry is now making a beeline for Qatar. We have very high expectations for this year’s edition of the show.”

Qatar International Boat Show 2014 will be open daily from 3.00pm to 9.30pm from 11-15 November at Mourjan Marinas – Lusail City, just to the north of Doha’s city centre.