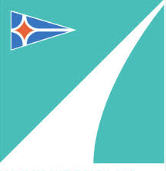 The traditional annual and spectacular feast of sailing will be offered once again at this year’s Maxi Yacht Rolex Cup, an event which is celebrating a 30-year partnership with its title sponsor, Rolex. The 26th edition will be held in Porto Cervo, Sardinia from 6-12 September, hosted and organised as always by the Yacht Club Costa Smeralda (YCCS).

Competition will be provided by a host of contrasting and beguiling monohull Maxi yachts, imperious Supermaxis, the striking lines of the Wally family and a group of all-out racing Maxi 72s. Since its origins in the early 1980s, the Maxi Yacht Rolex Cup has long showcased the latest trends and developments of the Maxi design world. Among the 2015 fleet is an exciting newcomer from the United States – Jim Clark’s 100-ft Maxi Comanche, campaigning in Porto Cervo following August’s Rolex Fastnet Race. Led by skipper Ken Read, Comanche will be one of the most eye-catching new arrivals of recent times in Porto Cervo. Famed for its excellent race management and a sailing environment revered throughout the world for its alluring scenery, navigational demands and potential for challenging conditions, the event is a jewel in the international sailing calendar.

“It’s a fantastic event; the combination of Sardinia, Porto Cervo, Rolex, great organisation on the water and on the shore…,” explains regular competitor Bouwe Bekking, “… it’s why these owners come back every year.”

Maxi 72: Cradle of Talent
The sixth running of the Maxi 72 Rolex World Championship – formerly Mini Maxi – promises to be one of the highlights of the week. Cut and thrust competition contested on state-of-the-art racing boats between ultra competitive owners and the cream of professional sailing talent.

“This is always top pick of where we like to sail around the world, the yacht club is always welcoming, it is high end in terms of race management,” explains renowned sailor Brad Butterworth, tactician on Jethou. “No place in the world is as beautiful as this to go yacht racing.” Alegre is now owned by Swiss yachtsman Alex Schaerer and sails as Caol Ila R (USA). There is a brand new entry in the form of MOMO (IVB), owned by Dieter Schoen, while the crews of Sir Peter Ogden’s Jethou (GBR) and Roberto Tomasini Grinover’s Robertissima III (ITA) – the former Rán 2 – boast rich Porto Cervo experience. In previous editions, the title has been decided in the final metres of the final race. Consistency is critical; a single poor performance can prove difficult to recover from.

With the Wally Cento (100-ft), the Wally class launched a new design concept in 2013 featuring the latest thinking behind dual-purpose yachts intended to both cruise and perform on the racecourse. Sir Lindsay Owen-Jones’s Magic Carpet Cubed (GBR) has been the most prominent build so far and begins as the defending champion. Having recently won the Giraglia Rolex Cup, she will start as favourite to repeat her exploits of last year. The Wally fleet is lining up to be highly competitive and includes former champions in Jean Charles Decaux’s J One (GBR) and Y3K (GER), owned by International Maxi Association (IMA) President Claus-Peter Offen. Elegance and Power
Elsewhere, the Supermaxi class is reserved for imperious goliaths measuring upwards of 100-ft. These yachts are typically designed to both race and cruise. All reflect a continuing desire to break boundaries in terms of power and to continually redefine elegance afloat. Last year’s star performer was Eric Bijlsma’s 35m/115-ft Firefly while the colossal Hetairos (CAY), at 66.7m/218-ft, the largest ever yacht to feature at the event, makes it return to the competition after a three year absence. Unqualified success
Throughout the week, a first-class social programme ensures the sailing fraternity has the opportunity to reflect on, and share, their experiences from the water and their view of the sailing industry at large. After five days of competition the individual class winners are rewarded for their brilliance on the water with Rolex timepieces during the final prizegiving at the YCCS, partner club of Rolex since 1984.