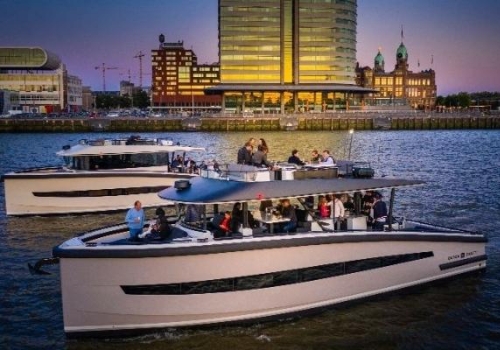 The Gulf of Siam’s first Thailand Yacht Show (TYS) opens from 9th-12th June in Pattaya’s Ocean Marina. Despite limited global supply of production yachts due to frantic boat buying in the Covid era, TYS promises an exceptional lineup of yachts from most global brands.

Simpson Marine has confirmed no less than 11 yachts, including three sailboats that will be available for trials and tuition. Full details of the fleet will feature in the TYS newsletter next week, but one of its star exhibits will be a brand-new Sanlorenzo 118, which will probably be staying in Thailand to charter as well as for its proud owner’s enjoyment.

MGC Marine, long-time dealer for Azimut Yachts and ever-present TYS exhibitor, will be showing at least two new models. A recent addition to its stable and presenting for the first time at TYS is the iconic American brand Chris Craft.

Asia representative and longstanding TYS exhibitor, will display a Bali Catamaran alongside the elegant lines of the new-to-Thailand Nimbus T11, a beautifully crafted Swedish brand. TYS Pattaya promises to be a great boost for the industry – and for Thailand as a cool yachting destination.

“Thailand has the best facilities in Asia and the friendliest people. The cruising area is both interesting and safe and has numerous destinations – vital when planning any yachting itinerary,” says Sietse Koopmans, CEO and founder of Netherlands boat builders, DutchCraft.

Winner of the Voyager’s Award at the World Superyacht Awards in 2014, Sietse spent over three years circumnavigating the globe on his 121-foot explorer, Zeepaard. He covered over 50,000 nautical miles visiting 39 countries; he knows a thing or two about what makes a great cruising destination.

So, when he says he agrees with the vision of Andy Treadwell, CEO of Thailand Yacht Show organisers, Verventia, that the Andaman Sea and the Gulf of Thailand are destined to become the new winter cruising destinations and Thailand the yacht tourism hub for Asia, it’s worth listening.

The family-run DutchCraft is the sister company to Zeelander Yachts, a well-established builder of luxury sports cruisers with a 20-year track record. According to Sietse, “The expertise, craftsmanship and investment from Zeelander’s building history naturally feeds into the design and construction of our yachts, but we retain the freedom to define DutchCraft in exciting new ways.” This dual approach has given birth to DutchCraft’s innovative and versatile range, including the DC56 Open, DC56 Cabin and the DC25.

Underscoring Sietse’s belief in Verventia’s drive to make Thailand the centre of yachting in Asia, DutchCraft is to establish a new production facility here – at a location yet to be announced – to build the all-new DC40, a centre-console catamaran. With 2 x 300 HP diesel outboards and a foil, DutchCraft say she will use 72 percent less fuel than an American equivalent.

What influenced DutchCraft to choose Thailand for its new production base? “Thailand is a cost-effective country with a disciplined and trainable workforce. Being centrally located in Asia, and with all the work being done by Andy and his colleagues to bring the governments onside and get behind the yacht tourism industry, it is also attractive as a regional sales hub – it’s a relatively new market, but we all believe it will grow very fast now,” said Sietse.Visit DutchCraft at the Thailand Yacht Show (TYS) in Pattaya, 9-12 June, 2022 and again at TYS Phuket in December 2022. 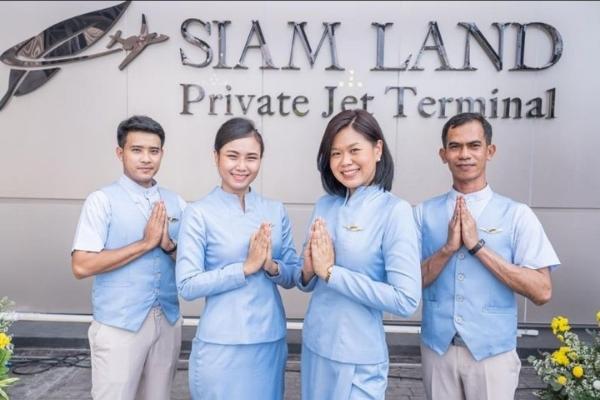 The Private Jet showcase at the Thailand Yacht Show, in December 2022, will be staged at Siam Land's brand-new private aviation facility (FBO) on the north side of Phuket International Airport. This sumptuous private jet terminal, probably the most modern and luxurious in all of Asia, was officially open for operation in February this year, and adds another vital world-class facility to Phuket’s destination infrastructure.

It’s not surprising that cities with FBOs attract a higher-spending tourism population than those that don’t.

Superyacht owners and their charter guests are in a league all of their own when it comes to spending power. Phuket’s Revenue Department, in particular, is proactively trying to help Verventia get the government support they need to attract foreign superyachts here – they are keen to collect the tax on charter fees that all yacht owners and charterers are very happy to pay! And of course Thailand, and especially Phuket, badly needs the massive spending power they bring.

Greg Martin, CEO of Siam Land, commented: “We’re immensely proud of the Private Aviation facility we’ve created and we’re truly pleased to be able to make this available to HNW travellers. We firmly believe in the advent of HNW tourism in Thailand; the whole country, and especially Phuket, has all the natural assets to attract very high-quality tourists, many of whom will want to fly in by private jet. We’re delighted to be partnering with the Thailand Yacht Show in Pattaya in June as well as in Phuket in December. We see their initiative and the efforts they’ve made over the past few years as indispensable in promoting this lucrative sector.”

Max Marine Asia will be at TYS Pattaya and Phuket

The Thailand Yacht Show (TYS) 2022 is delighted to announce that Max Marine Asia, Thailand distributors of both Sunseeker and the iAqua Sea Dart range, will once again be participating in TYS 2022 - both the June show in Pattaya and the December show in Phuket. Max Marine Asia has supported every edition of TYS since its inception in 2016, while Sunseeker has supported the Singapore Yacht Show every year for the past 10 years.

Max Marine CEO Craig Murphy is very enthusiastic about the potential for business in Thailand. He is also highly supportive of Verventia's campaign to bring foreign superyachts to charter in Thai waters via the new destinations being built in the Red Sea on the way here - projects for which Verventia is retained as a consultant.

“Like everyone else, we’re selling more boats now than ever before, and I’m really glad to see a new show being put on in Pattaya for the Bangkok market, which is already taking off,” says Craig. “We think this is a great initiative, and we’ll be supporting it with our exciting iAqua brand of Sea Dart scooters, which we know will appeal to the affluent young market. Unfortunately, we can’t get a new boat to Pattaya by June but, certainly, for the years ahead, we will be there with as many Sunseeker yachts as we can get out of the factory(!). And we will, of course, be present in strength at TYS Phuket in December with all our brands!”