Yachting News » Events » Cannes Film Festival 2013 at a Glance
« BACK

Cannes Film Festival 2013 at a Glance 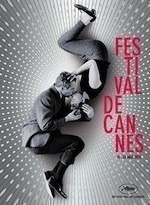 With its 1920s glitz and glamour, the Great Gatsby is a fitting opener for the 66th edition of The Cannes Film Festival. The biggest names in showbiz have been flocking through the arrivals gate in the Nice Côte d'Azur Airport this week, giving fans a sneak preview into the most prestigious event in international film. But who is tipped to win the Palme d'Or? What are this year's highlights, and what's new for 2013? The Riviera Times has the answers.

Between 15th May and 26th May, the Cannes Film Festival will be delivering the cream of the crop of contemporary film, from Baz Lurhmann's psychedelic take on The Great Gatsby to Jérôme Salle's new thriller Zulu, starring heartthrob-turned-serious-actor Orlando Bloom.

The festival has never failed to attract Hollywood greats to the famous steps of the Palais des Festivals, but the 66th edition has reached new heights. Heading this year's jury is one of the wealthiest and most successful directors in the industry. Worth three billion euros according to Forbes, the legendary Steven Spielberg will be the face of the festival. With blockbusters such as Schindler's List, E.T., Lincoln and War Horse under his belt, Spielberg is likely to know a good film when he sees one.

Due to float down the red carpet in their usual glittering medley of Chanel, Versace and Alexander McQueen will be the most recognisable women in show business. Representing The Great Gatsby, newly-wed Carey Mulligan will be sporting her characteristic bob-cut this evening. Tipped for awards in both The Immigrant andBlood Ties, French beauty Marion Cotillard will inevitably be greeted by eager fans in her home country. Also look out for Emma Watson, Sofia Coppolla and Julianne Moore, to name a few.

But the actress making international headlines this week is Nicole Kidman. TheMoulin Rouge star will be sitting on the jury beside Steven Spielberg, Life of Pidirector Ang Lee, actors Daniel Auteil, Christopher Waltz, Vidya Balan, as well as Cristian Mungiu and Naomi Kawase. The 45-year-old Aussie actress continues to be a leading lady in world cinema, earning her a say in who should be awarded the prized Palme d'Or.

Holding up the fort for the male actors are Leonardo DiCaprio, who attended Wednesday's 10am screening of The Great Gatsby alongside co-stars Tobey Maguire and Joel Edgerton. Also suited and booted at this year's event will be Ryan Gosling, who has taken the thriller genre by storm since his smouldering performance inDrive. This year, he will be hoping to walk away with a Palme d'Or for Only God Forgives, written and directed by Nicolas Winding Refn.

Michael Douglas and Matt Damon will be walking side-by-side representing their latest film, Behind the Candelabra, while Walk the Line star Joaquin Phoenix is tipped for an award after his performance in The Immigrant. As if this wasn't enough, look out for Brian De Palma, Sacha Baron Cohen and Justin Timberlake, whose acting career has reached new levels in the Coen brothers' new film, Inside Llewyn Davis.

The Great Gatsby: will it live up to the hype?

Without a doubt, The Great Gatsby is what everyone is talking about. Having already been released in cinemas worldwide, international media has not shied away from expressing an opinion, giving us a foresight into the famously critical opinion of the Cannes Film Festival.

The trailer tells us that the fourth adaptation of Francis Scott Fitzgerald's classic novel is an explosion of upper-class decadence, lust, dirty money and razzmatazz - everything you might expect from the director who brought us Moulin Rouge and the bizarrely modern Romeo + Juliet.

DiCaprio plays Jay Gatsby, the archetypal self-made American seeking to break into high society. His love interest, Daisy Buchanan, is interepreted by Carey Mulligan, who is said to bring a more spirited take on the traditionally airy-fairy character.

However, the British press was not so keen, with The Guardian summing the film up as "a flashy Gatsby, a sighing Gatsby, an angry Gatsby, a celeb Gatsby. But not a great one." The Telegraph was no kinder, saying, "The crucial moments of drama are often drably handled....Here, plot is something that happens when there’s nothing better to do."

A worrying prequel to a festival which once booed Palme d'Or winner The Tree of Life (2011)...

Nevertheless, plot has never been Baz Luhrmann's priority. Electric visuals is what defines his art, as The Metro observes, "Camp as Christmas, this is a case of you can’t see the tree for the baubles – but I was happy to watch them glitter," and theNew Yorker admits that Luhrmann "demonstrates an ability with actors that he hasn’t shown in the past."

But whether the critics love it or hate it, The Great Gatsby is undeniably set to be one of the biggest films of the year. Just as Fitzgerald's novel only sold 20,000 copies within a year, this eccentric adaptation could be an acquired taste.

10am: Screening of The Great Gatsby
Afternoon: Steven Spielberg and the jury stand for photographs and answer questions for the press
6.30pm: Nicole Kidman and Daniel Auteuil, both on the jury, will be the first to walk the red carpet
6.55pm: Ceremony broadcast live on encrypted channel Canal +
7.15pm: Opening ceremony begins, presented by French actress Audrey Tautou
11pm: Firework display organised by Warner Bros. For the best view, go to Quai Laubeuf