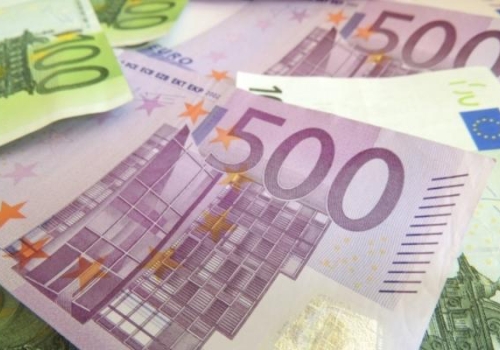 Overall, YPI CREW witnessed a significant increase in the number of job orders across all departments in 2021, with more crew connected with their dream careers. While the report doesn’t demonstrate any major new trends, it shows a return to stability following two years of Covid 19 disruption and the collapse of the crew recruitment market in April 2020.

“YPI CREW welcomed 2021 as the year of revival, and indeed it was,” said Laurence Lewis, YPI CREW’s president. “This was following the effects of the Covid 19 pandemic on the yachting industry where 2020 was considered the year of survival for yacht crew placement.”

She added: “It should be noted that due to a smaller number of junior-level hospitality, service and galley staff entering the market due to Covid 19 travel restrictions, essentially from the Southern Hemisphere, there has been tension on salaries in these departments throughout 2021.

“For example, in the chef’s department, in order to secure and especially retain qualified and experienced crew, salaries and scheduled leave have become an important part of the negotiation process with increased competition for the best all-round package.”

Crew salaries in the report depend on qualifications, a crew member's years of experience and, in some instances, whether a vessel is a private yacht or a charter yacht. Interestingly, the size of a yacht only impacts the earnings of select roles.

The highest-paid deck crew salaries were for captains, reflecting their pivotal role and the large amount of responsibility that they assume. In 2021, captains on a 100-metre plus yacht were paid an average salary of around 18,000 Euros per month, plus a discretionary bonus. At the other end of the spectrum, captain salaries on a yacht below 30-metre were significantly less at around 3,500 to 6,000 Euros per month.

It’s important to mention that the salaries across the deck department will vary depending on experience and qualifications. For example, entry-level junior deckhands have an expected monthly salary of between 2,700 to 2,800 Euros per month. However, the salaries grow up to 4,000 Euros for specialised and experienced deckhands.

When talking about engineering salaries, the ranges very much depend on the certification that the candidate will hold.

The lowest-paid salaries were for motorman, who typically could expect to earn between 3,200 to 4,000 Euros on larger sized vessels.

The most experienced yacht chefs working on yachts 100-metres plus earnt a monthly average salary of around 8,000 Euros plus per month in 2021, while a sous chef on the same sized vessel earnt on average 4,000 to 7,000 Euros per month. Third chefs typically earnt around 3,500 Euros per month.

At the other end of the spectrum, on vessels below 30-metres, a head chef earnt between 4,000 to 4,500 Euros. This typically represents a starting salary for chefs without yachting experience, and they would usually run the entire kitchen without any additional support from qualified chefs.

The highest-paid roles were for pursers and chief stews working on superyachts 80-metres plus. Average monthly salaries were from 7,000 to 8,000 Euros per month for these positions. Conversely, a chief stew on a yacht below 30-metres was paid on average 3,500 to 4,000 Euros per month in 2021.

Junior stews saw little change in their monthly income between vessel sizes, typically earning between 2,500 to 3,500 Euros, creeping up to 4,000 Euros on vessels sized 70-metres plus.

* Please note that the salaries will depend on the usage of the yacht, private or charter, and the level of study or qualification required for the specialist positions, such as spa manager, spa therapist and personal trainer. For example, as a personal trainer, HIIT, cardio, weight training, yoga or Pilates experience may be required or, for a nurse, the salary can be based on previous experience in hospitals and field of expertise.