Yachting News » Business » YPI CREW Annual Report: The Impacts of Covid-19 on Yacht Recruiting in 2020
« BACK

YPI CREW Annual Report: The Impacts of Covid-19 on Yacht Recruiting in 2020 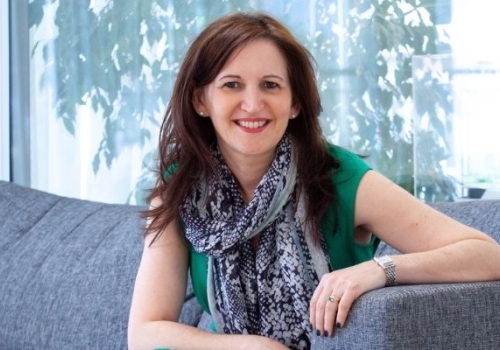 Laurence Lewis, the director of YPI CREW talks about the effects Covid-19 has had on yacht recruiting and what predictions can be made for this year.

YPI Crew reveals which positions experienced the biggest drops and which saw more recruitments, as well as whether or not this had an effect on crew salaries. The business looks back on the numbers that marked 2020 and discuss how they might predict the events of this year in terms of yacht crew and their work.

The initial impact of Covid-19 on yacht recruiting

Laurence Lewis recalls “The yacht crew recruitment market was hit fast and violently by the Covid-19 pandemic, with plans to hire crew delayed or cancelled altogether. Overnight, many crew lost part or all of their income. Even if still working, many crew, from captains down to junior ranks, had to accept salary cuts and slashed rotations.”

She continues: “The impact was brutal because the industry was hit at the beginning of the Mediterranean recruitment season; March, April and May are the busiest months for crew recruiters and so, when we registered an 80 per cent drop in turnover in April 2020 compared to April 2019, we knew it was going to be a tough ride.” 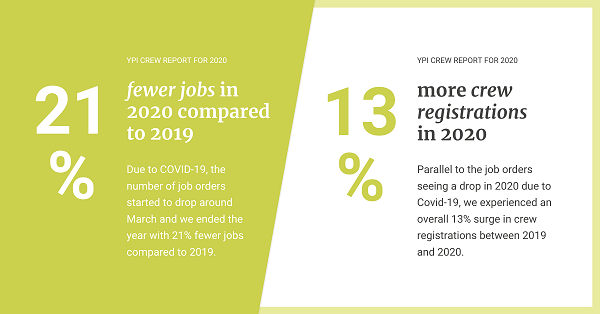 Resilience, commitment and a strong team-spirited ethos allowed YPI CREW to pull through. Recruiters used this time as an opportunity to build closer relationships with clients and candidates and, as the season progressed, captains prepared their yachts for a short, intensive cruising season, which explains how YPI CREW ended up registering the best months of July, August and September ever in its 18 years history.

All in all, YPI CREW’s turnover “only” dropped by 18 per cent in 2020, and this is thanks to the determination and professionalism of its team.

In 2020, after a vigorous first few months during which YPI CREW was on the path to beat its 2019 records, the number of job orders started dropping from week 14 onwards. YPI CREW ended the year with 21 per cent fewer jobs compared to 2019.

The segments which recorded the biggest drop in new job requests were the engineering and deck officers markets, with a respective drop of 32 per cent and 28 per cent. Those departments benefit hugely from rotation and, with some losing their rotations, the need to hire was reduced.

The busiest departments in terms of job orders were interior, followed by engineering (despite a drop in demand, it remained an active department) and deck crew.

Parallel to the drop in job orders, YPI CREW experienced an overall 13 per cent surge in crew registrations between 2019 and 2020, with July 2020 peaking with an additional 62 per cent increase compared to July 2019 - clearly another Covid-19 effect. 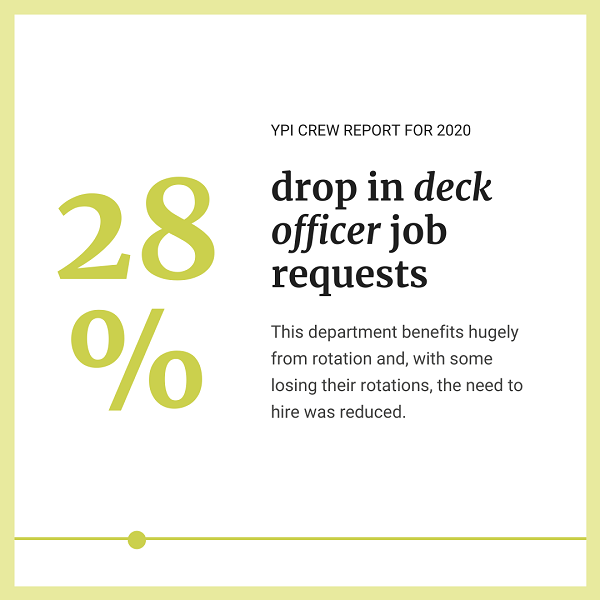 Undeniably, this represents a substantial increase for an established crew agency with already a big pool of candidates. This trend actually carries on in the new year as in January 2021 the number of new registrations for YPI CREW increased by 34 per cent compared to January 2020.

Did the drop of job vacancies combined with surplus of available crew impact salaries at the point of hiring? The answer is no, the industry did not record a drop in salaries at point of hiring as, parallel to the above, international travel restrictions, for which South Africa is a good example, and difficulties in obtaining visas, for the USA in particular, somehow kept the recruitment market tense.

Looking forward, Laurence Lewis is “quietly confident that the year ahead will allow yachts to enjoy a longer Mediterranean season again, especially as vaccines are deployed around the world; the yacht crew job market should recover and certainly, early signs are promising.”

It will be interesting to see if in 2021 a further move towards crew rotation will take place, as more owners realise that with Covid-19 they can spend more time onboard their yachts and actually work on board as if at the office if necessary.

All the results of the DATA are accessible on YPI CREW’s website.