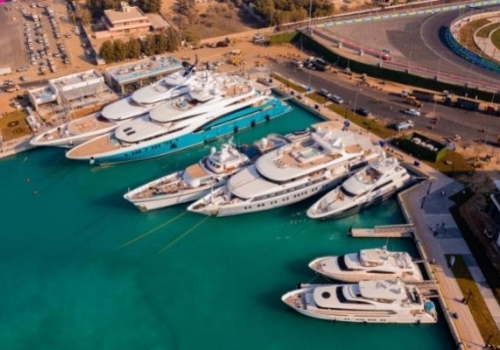 SELA, the national company behind some of the most ambitious lifestyle development projects across the whole of Saudi Arabia, has announced that JYC Marina has welcomed its first superyachts.

The inaugural Saudi Arabia F1 Grand Prix, which took place from 3rd - 5th December at the new circuit on Jeddah’s North Corniche – the fastest F1 street circuit in the world - saw guests aboard megayachts like the 95m MY O’Pari, built by Golden Yachts, the 85m Oceanco Sunrays and the 82m Abeking & Rasmussen RoMEA, which were joined by a fleet of over 40 superyachts and smaller units to take part in the fun, in what was an adrenalin-packed weekend, just a stone's throw away from the JYC Marina.

JYC Marina is the first marina along the Red Sea coast that can accommodate superyachts and megayachts up to 120m in a world-class environment. In parallel, this opening event will give visiting yachts and VIP visitors to the F1 a unique opportunity to preview the premises of the upcoming Jeddah Yacht Club, which will be officially opened around the time when the Saudi F1 GP returns for the 2022 season on 25-27 March 2022.

A project built in record time – an incredible six months from first breaking ground, on an inland site, to welcoming some of the biggest yachts in the world this week - the entire complex is situated in the northern part of Jeddah, only a few kilometers away from the new King Abdulaziz airport and the city centre. It comprises JYC Marina, the Jeddah Yacht Club and a collection of retail and F&B outlets on the marina Boardwalk around the basin. 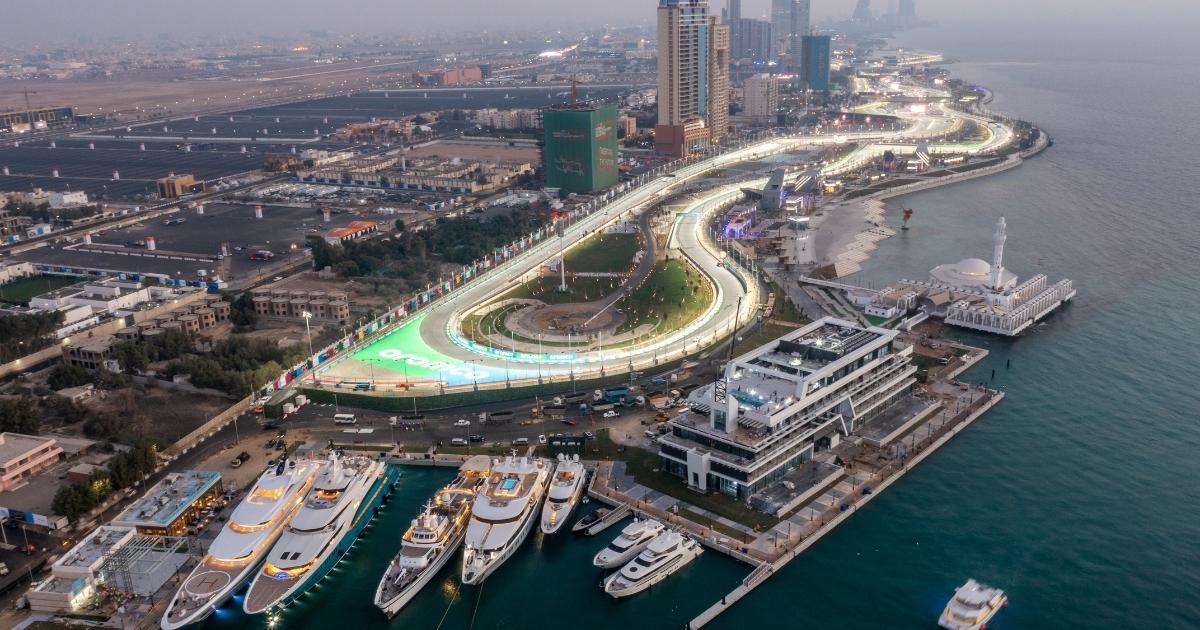 • The Jeddah Yacht Club Marina, the first marina along the Red Sea coast that can accommodate over 100 yachts and superyachts up to 120m in a world-class environment, is now open.

• JYC Marina is a port of entry into the Kingdom of Saudi Arabia, providing customs and immigration services to all vessels, including foreign-flagged superyachts that will charter in the area, or stop over on their way from the Mediterranean to the Indian Ocean and Southeast Asia.

• The opening of JYC Marina gives visitors the opportunity to take a preview of the Jeddah Yacht Club and the line-up of restaurants and retail outlets on the Boardwalk surrounding the marina basin.

• The official grand opening of the Jeddah Yacht Club will be celebrated late March 2022, less than a year after the project was initiated.

• The combined JYC Marina and Jeddah Yacht Club are anchored in the Kingdom’s transformation under Vision 2030 - fully aligned to contribute to its economic growth and the creation of career opportunities for Saudi Arabian Nationals, while promoting culture, entertainment, and sport participation.