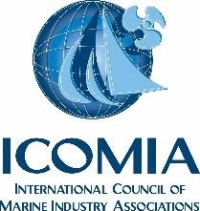 The 2016 Progressive® Insurance Miami International Boat Show®, which concluded 15 February, was host to the largest delegation ever of Colombian government officials and industry leaders - comprising over 40 individuals, including business owners and buyers, who collectively sought to promote their country's emerging and growing nautical tourism activities.

The delegation was led by Vice-Minister Sandra Howard of MINCIT (Ministry of Commerce, Industry and Tourism of Colombia) and Vice-Admiral Pablo Emilio Romero Rojas of DIMAR, Colombia’s National Maritime Authority in charge of executing maritime policy for the country. Both are confirmed as panelists for the upcoming International Nautical Congress of Colombia - for the session, ‘Developing an Action Plan for Colombia’s Nautical Future: Where to from here?’ MINCIT has publicly declared the development of Nautical Tourism in Colombia a top priority. Since 2010, the Colombian government has made this initiative a priority beginning with the development of the first Cruising Guide to Colombia, complete with 72 IHO-compliant navigational charts. DIMAR has been working closely with ANC to revise and streamline the existing regulations pertaining to the growth of recreational boating and marina development in Colombia.

Vice-Minister Howard and Vice-Admiral Romero were joined on their visit to the Miami International Boat Show by senior level representatives from ProColombia (the government entity promoting international tourism, foreign investment and non-traditional exports in Colombia) as well as Grupo Heroica - and 15 other business leaders including Carlos Arturo Londoño, President of Eduardoño – Colombia’s oldest, largest and most active fiberglass boat builder for fishing, transportation, watersports and recreational boating.

During the visit, discussions were held between ICOMIA, NMMA, ANC, DIMAR, MINCIT and ProColombia on global regulations, “We discussed how to apply infrastructural measures in a sensible and sustainable way, as well as the implementation of ISO standards for boatbuilding in their regulatory regime”, says Udo Kleinitz, ICOMIA Secretary General. “These discussions will set the stage for the upcoming International Nautical Congress of Colombia in April”

“The Miami International Boat Show, with its new home at Miami Marine Stadium Park & Basin, proved to be an ideal location for introducing our partners in Colombia to all the US marine industry has to offer, while demonstrating how recreational boating can create significant economic activity for a region, as the Miami Boat Show does for South Florida”, noted Julie Balzano, director of export development for NMMA. “We have a lot to learn from each other and the Colombian Congress this spring will prove to be an invaluable jump-start to creating growth opportunities for the marine industry.”

In addition, a ‘Colombian Coffee Hour’ was held to educate attendees on the emerging activities of recreational boating in Colombia with Vice-Admiral Romero addressing the group directly. Learning about what Colombia has to offer - first-hand - is exactly what the International Nautical Congress of Colombia offers delegates.

With industry leaders such as platinum sponsor, Bellingham Marine Group, as well as gold sponsors Ronautica Marinas and MarineMax supporting the event, and only 150 delegate spaces available, the International Nautical Congress of Colombia promises to deliver an intimate business-to-business event of the highest calibre.

Immediate registration is encouraged as places are being snapped up - For more information and to register, visit www.colombianautica.com