From the Med to Thailand – the Superyacht Spice Route 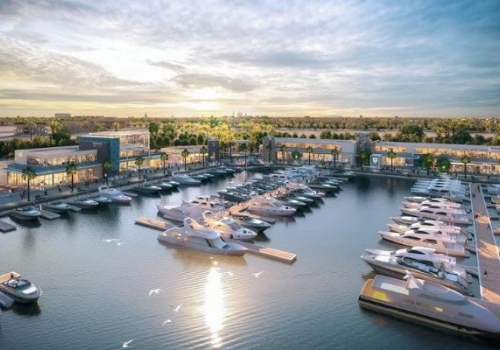 As a 30-year-old Thailand-Saudi Arabia diplomatic spat was brought to a close in January this year, heralding a new era of cooperation, Saudi Arabia launched itself spectacularly into the superyacht business with the opening of the Jeddah Yacht Club (JYC) Marina, adjacent to the new F1 circuit.

With berths for over 100 yachts and facilities for superyachts up to 120 metres, JYC turns Jeddah, perfectly situated at the midpoint of Saudi’s magnificent and virtually unexplored Red Sea coast, from a longtime provisioning and bunkering stop to a world class yachting destination in its own right. With more Red Sea yachting developments scheduled to come online over the next ten years, the drum which Verventia has been beating for at least five years - the creation of a superyacht winter cruising itinerary from Suez all the way to Thailand - becomes a reality.

Verventia, organiser of the Thailand and Singapore Yacht Shows - and now of the first yachting and lifestyle “Preview” show at JYC in May this year - is a consultant to JYC developer, SELA, and has driven the charge to open Thailand’s cruising grounds to foreign superyacht charter – a mission all but complete.

The renewed ‘entente cordiale’ between Saudi Arabia and Thailand, both hungry to attract the ultra-high net worth individuals (UHNWI) who make up the superyacht owning and chartering community, brings with it the opportunity for bilateral tourism promotion of ‘The Spice Route’ (Mediterranean-Red Sea-Indian Ocean-Andaman Sea-Gulf of Thailand).

With one foot now in the Middle East and the other firmly planted in Southeast Asia for the past 10 years, Verventia is well positioned to be leading this initiative and is also already consulting on the development of Oman’s Mina Al Sultan Qaboos Waterfront Project. Set to transform Muscat’s decommissioned cargo port into a yachting and tourism destination, the project intends to open up the magnificent cruising grounds of Oman’s northeast coast and in doing so broadens the appeal for superyacht owners to head east instead of west for the European winter.