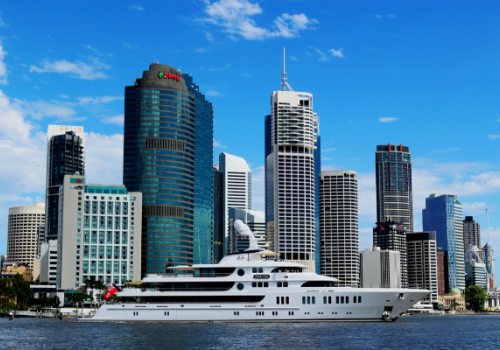 Rivergate Marina & Shipyard, the premier facility in south-east Queensland, has congratulated the Queensland state government for its foresight and investment in the Australian superyacht infrastructure.

The state government has announced a 12-month trial commencing by mid-year to attract superyachts to Brisbane, predicting “a billion-dollar coup for the city’s economy”.

Minister for State Development Cameron Dick said, as part of a state-wide strategy to grow Queensland’s marine industries, the trial will see a dedicated superyacht mooring buoy below the Kangaroo Point Cliffs.

“We want to maximise the jobs and business that superyachts bring with them,” explains Mr Dick. “Superyachts are expected to contribute more than $1.1 billion to gross state product and support nearly 8,000 jobs by 2021 in South East Queensland alone. We want to attract more superyachts to Queensland and Brisbane, and we want them to stay longer and spend more while they are here.”

In 2019, Rivergate welcomed two international superyachts, 74m (243ft) Lürssen-built MY Aurora, and 65m (214ft) Feadship MY Callisto for maintenance and repairs. In cooperation with the captain of Aurora and authorities, the team at Rivergate devised the concept and logistics for the first mooring in the City reach of the Brisbane River. 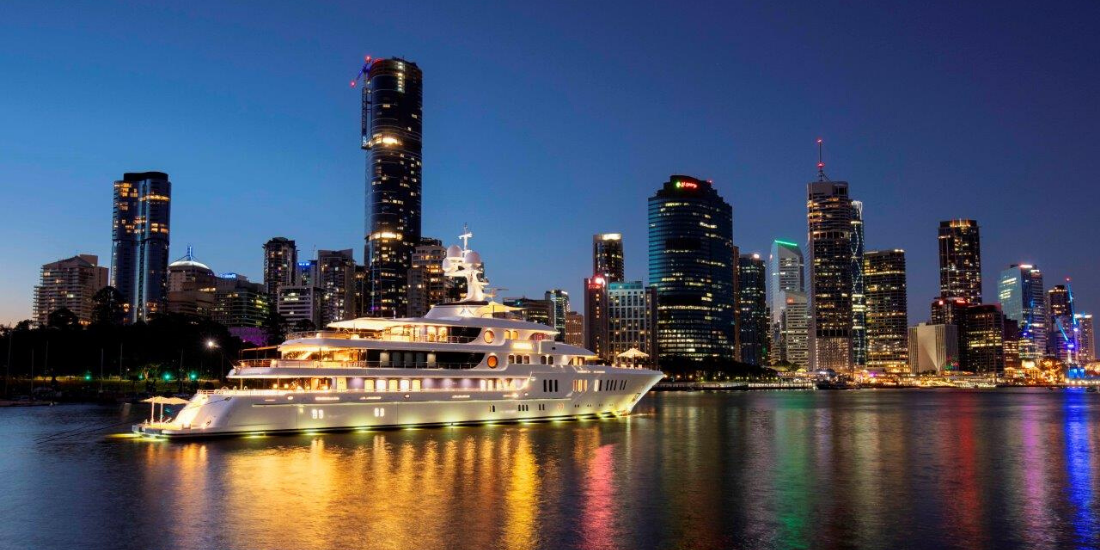 74m Aurora was the largest superyacht to make its way under the Story Bridge to moor in the inner city with the backdrop of the Botanic Gardens. Rivergate oversaw the complex operation in partnership with Maritime Safety Queensland and Harbour Master Johnathan Beatty.

While their vessels were berthed at Rivergate, their owners enjoyed several days exploring Brisbane and the south-east, including the restaurants, boutique shopping and nightlife of the CBD, and Australia Zoo, just an hour’s chopper flight north.

Aurora Captain Stephen Bay praised the exceptional facilities and world-class skills at Rivergate. He stated that the owners were impressed with their mooring close to the City centre, with immediate access to Brisbane’s vibrant dining and retail scene, tree-lined streets and enticing mix of culture and leisure options along the South Bank waterfront. They enjoyed the anonymity of mixing with the friendly locals and soaking up the atmosphere of summer in Queensland’s capital city. 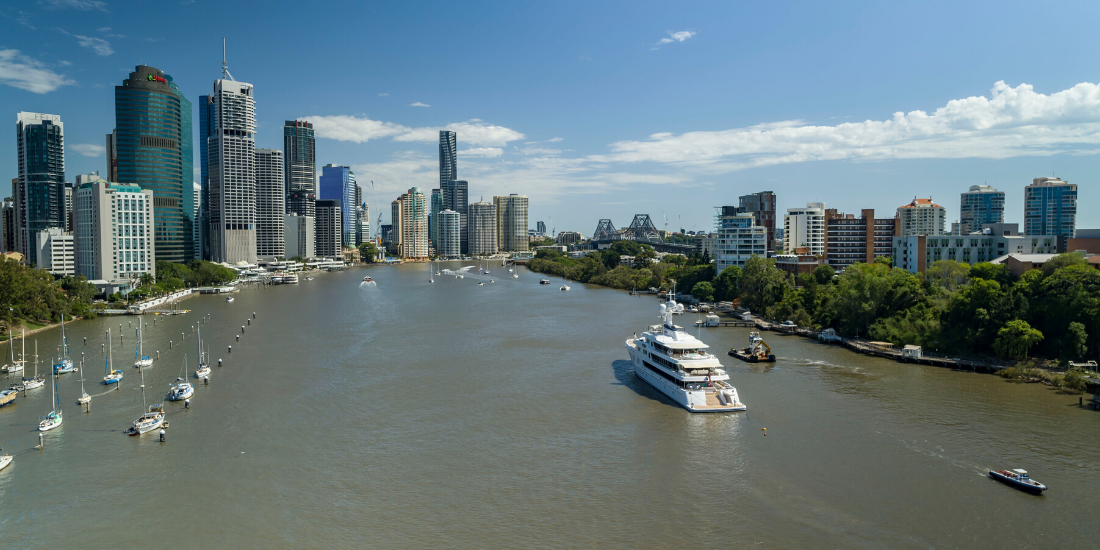 Tom Hill, Director at Rivergate said: “Brisbane has the climate and calendar of events that make it a year-round destination. The Brisbane CBD is alive at night and during the daytime, which appeals to yacht owners and their crew. Being able to moor in the inner city, with the backdrop of Kangaroo Point Cliffs and the Botanic Gardens is a brilliant advantage we are proud to offer visiting superyachts.”

Maritime Safety Queensland will manage the mooring, including bookings, fees, maintenance, compliance and administration. Bookings can be made directly with Rivergate Marina & Shipyard.