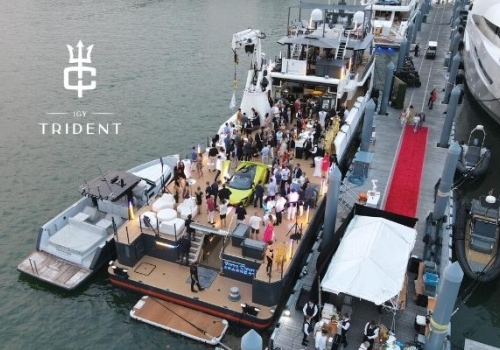 A dream that has been 15 years in the making was realised on Thursday 5th May 2022, as more than 180 guests gathered at IGY’s Yacht Haven Grande Miami at Island Gardens to celebrate the debut of the IGY Trident Collective, the first ever global membership program for superyacht owners.

With the excitement of the inaugural Formula 1 Miami Grand Prix race just hours away, the IGY Trident Collective curated a remarkable evening of firsts alongside the McLaren Automotive Group and 4Catalyzer on board research vessel Gene Chaser, owned by scientist and entrepreneur Dr. Jonathan Rothberg.

Superyacht owners, racing enthusiasts, and other invited VIPs enjoyed an exclusive first glance of the highly anticipated McLaren Artura Hybrid supercar, which was uniquely positioned on board the vessel against the magnificent backdrop of the setting sun across the Miami skyline.

“Tonight is particularly exciting for me because it’s a 15 year dream finally being realised,” announced Mr. Farkas. “Island Global Yachting was a fantasy back in the year 2000. There were no purpose-built megayacht facilities pretty much anywhere apart from in Europe, which were primarily municipally owned.”

“Over the course of 20 years, facility by facility, country by country, IGY has assembled the finest network of megayacht bases in the world under the leadership of CEO Tom Mukamal and the team. This network is priceless as we are in every place anyone who owns a yacht would like to be, from Cannes to Porto Cervo and from Miami to St Lucia to Cabo San Lucas.” 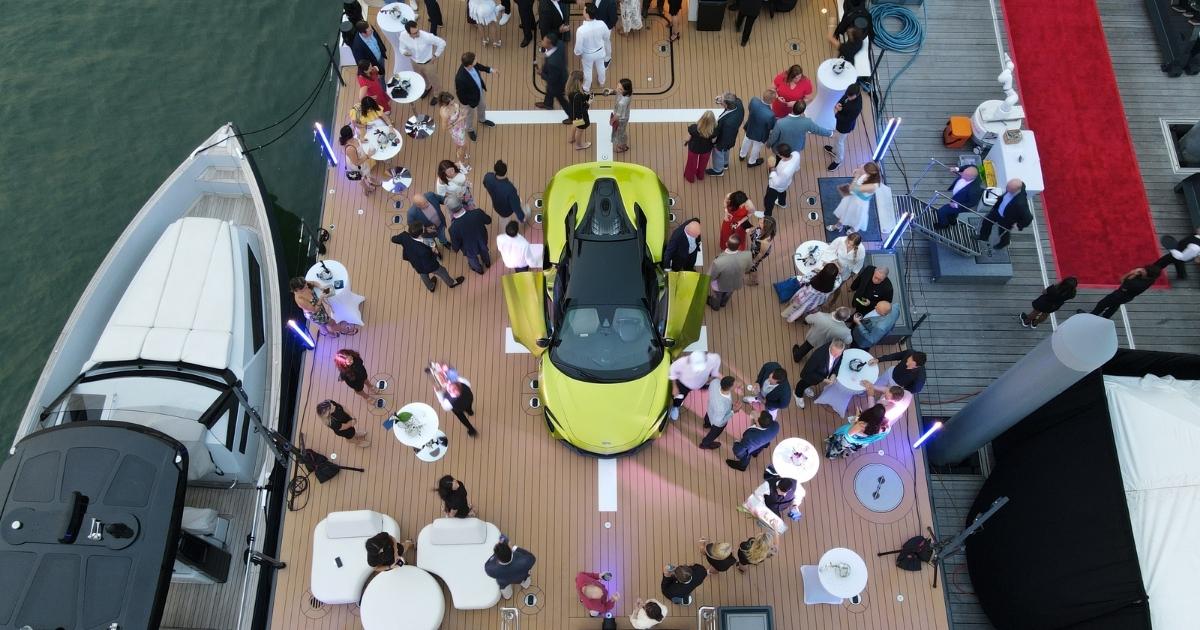 IGY Trident Collective – the vision and the benefits


Mr. Farkas outlined the chief principles and benefits of the  IGY Trident program, the first phase of which is aimed at superyacht owners. A second category of memberships is provisionally planned to be rolled out later this year.

“This club will initially have only 30 members,” he explained. “If you are a member, you will have guaranteed dockage anywhere in the world whenever you need it. We have negotiated a program with Navium whereby if you’re part of this club, we will aggregate all of our hull insurance and as a result of diversity and volume, we will be able to dramatically decrease the cost of hull insurance.”

“We have negotiated a global fuel bunkering program so that you will be able to buy fuel at a fixed price around the world. And if you get ill, we have an arrangement with the Cleveland Clinic, who can fly in surgeons from around the world to be with you.” 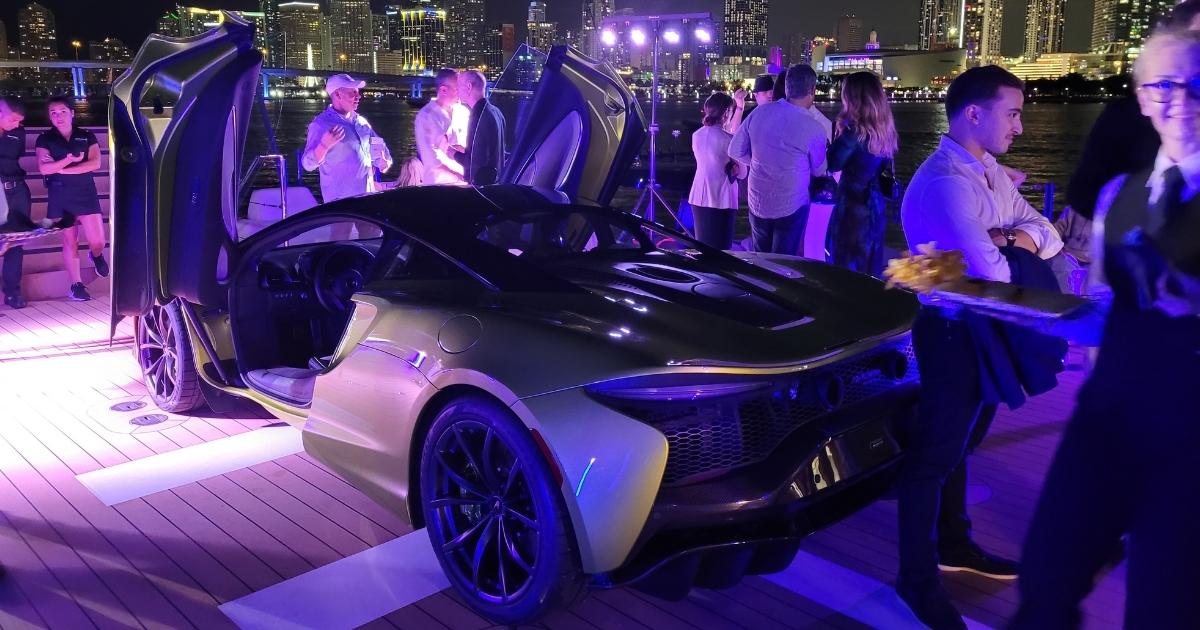 “IGY Trident is closely affiliated with Fairport, one of the most important yacht management companies in the world. Additionally, we’ll provide special member rates and benefits for crew placement in addition to management.”

“This is a fully integrated service organisation that is incomparable. Having a safe place to go where you get the kind of service you deserve is the most important thing.”

McLaren’s executive chairman Paul Walsh believes IGY Trident to be the perfect partner for the launch of the Artura Hybrid Supercar, the marque’s first foray into electrification.

“We are privileged and excited to be able to launch the Artura alongside the IGY Trident Collective,” Paul said. “We think the technology platform that we are both trying to promote works very well together in attracting consumers. We are expecting huge demand for this gorgeous car.”

All aboard Gene Chaser – a fitting launch pad

With superyachting and supercars at the forefront of the evening, it was fitting that leading scientific research vessel Gene Chaser provided the launch venue for such a pioneering event. Owner Dr. Jonathan Rothberg was eager to illuminate the role his unique 180 foot craft has played in developing state of the art healthcare products at the cutting edge of science. 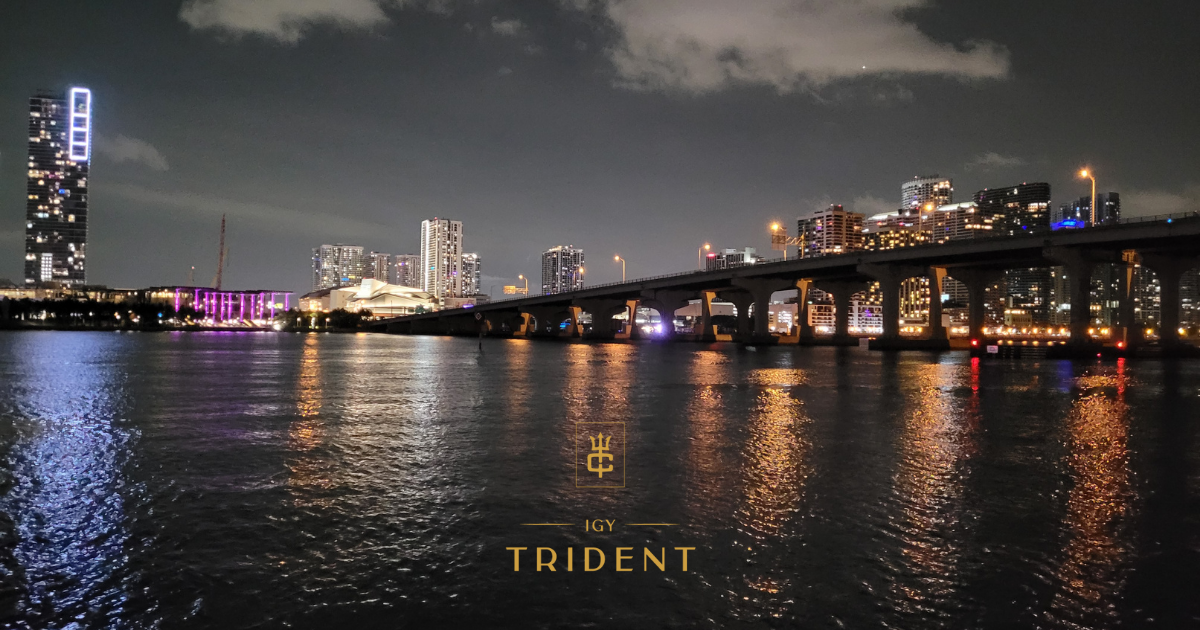 All in all, it was an incredible evening where the highest levels of excellence across the industries of superyachting, supercars and science shone brightly.