Crew » Onboard Operations » Engine Room » Fuelling Your Investment
« BACK 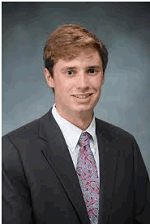 Growing up in the Gulf Coast town of Pass Christian, Mississippi, Charlson Smith has been a mariner all of his life.  While on summer break from the University of Mississippi, he would spend his time operating a 65’ Donzi sportfisher out of New Orleans, Lousiana, the coast of Mississippi, and Port Everglades, Florida. Upon earning his MBA from Ole Miss, Charlson joined Caterpillar Marine Power Systems as a marketing representative.  His office is at the Marine Center of Excellence in Greenville, South Carolina.  He can be reached at smith_charlson_c@cat.com or (864) 370-6505.