Continuing on from my article Life After Yachting, which asked “How do you know when you’ve had enough?", let's take a more serious look at the realities of finding work and earning an income once you move ashore...

So you dream of shorebased life with a dog or three, with weekends off, entertaining friends in your back garden and enjoying life. You relish the idea of having more control over your time, of a local gym membership and the novelty of having a regular hairdresser, doctor, even dentist!

But adjusting to land life has many challenges, beginning with feeling shell-shocked at how much time and effort day-to-day living actually requires when you’re lacking a team of stewardesses, laundrymen, deckies and chefs. Not to mention you have to worry about paying countless bills you’ve never had to deal with in your life. Pretty soon you’re burning through those yachtie savings, and you definitely need an income.

How? This is a tricky one. If you’re smart you’ve put a lot of thought into this step and done your best to prepare for how you’ll earn a living after yachting. In reality, not many people actually do, and most find themselves in an unpleasant situation where they struggle to find a reasonably paid and satisfying means of employment.

I had plenty of high-end hospitality, management and administrative experience but didn’t want crazy night shifts because of my children. As I weeded through job advertisements, the first thing I noticed was that most of the jobs sounded really dull and boring. Every so often there’d be something more interesting, like the PA to an undercover government agent in charge of organizing all their travel requirements. That definitely sounded fun, and my extensive international knowledge would surely have been an asset. But applicants had to be prepared to relocate to the nation’s capital - a deal breaker for me.

Still, I was going to have to adjust, so I applied for everything that sounded remotely appealing.

I didn’t get a single response.

Eventually I started contacting job agents and discovered they had a very negative attitude towards my yachting experience: “There’ll be no drinking pina coladas on the job here” was the vibe they gave off. I tried to explain that yachting is highly professional but my explanations fell on deaf ears. Most land people are completely clueless about the yachting industry. Even if they're intrigued and keen to ask about it, you won’t easily make many employers’ short lists. After a few depressing months, I contacted several ex-yachties who had successfully transitioned to shore positions, and all of them told me to remove all references to yachts. Ditch the M.Y. and turn it into a hotel, resort or restaurant if I wanted to stand a chance. I was more than a little shocked by this revelation, but they assured me it would make all the difference.

Yachting has become a bit more mainstream since I stepped ashore, so perhaps it’s not as bad as it used to be, but unless your hometown is also a common yachtie port of call, you’ll probably experience some of the difficulties I faced.

Of course, it’s normal for people to gravitate toward what they know and many yachties dream of setting up shop and using their firsthand knowledge to provide yachts and crew with the services they desire. Charter or sales brokerage, uniform supply, provisioning and crew agent are common favourites - but they’re also highly saturated these days.

When I first got started in yachting, there were fewer than 10 superyacht crew agents worldwide! If you want to go down this route, it’s wise to think outside  the box and come up with something unique to combat heavy competition.

Many a yachtie has given up and returned to crewing because of the difficulties they typically face. It’s very common for people in this phase to start talking about how they wish some form of support was available to help them through this transition: a halfway house or a course of some sort.

As for me, I eventually gave up on the depressing job search. My husband and I started a business designing Total Superyacht, our state-of-the-art vessel management software.

Starting Your Own Business

Here’s the thing about setting up your own business: It’s much harder than people think. I recall hearing it would take two years to become profitable, but everyone I speak to these days says it’s more like five. Have a think about that: five long years of investing the majority (if not all) of your savings, taking very little salary and working your tail off. Sadly, that’s how it works, and many hopefuls flame out because they don’t have the resources to sustain the startup phase.

Apps have become a popular choice for yacht crew in recent years and some have done very well, but many have failed because they were misinformed about development costs. Having personally travelled this route, I can assure you that 15k won’t come anywhere near to covering even the initial development costs of a good app. Multiply that figure by 10 and add ongoing development maintenance and you might be closer to the true cost of a basic app. Vessel management software like ours costs an awful lot more than that. The initial years are also difficult because you’re forced to be a jack-of-all-trades, taking on company setup, financials, marketing, production, distribution etc. It can be likened to becoming the chief engineer, chief stew, chef, captain and first mate all at once. You could hire professionals for each position, but then you’re more likely to run out of funds long before your profits can sustain the business.

You might think all your yachtie friends and contacts will support your business. But we all meet a lot of people in yachting, and we nearly always have a chain of command that might not approve of supporting a mate’s novel product. Even if they do express interest, yachties have become so accustomed to receiving freebies, it’s quite probable you’ll receive constant requests for a 'favour' (free of charge) or a ‘special deal’.

Industry expectations also pose a challenge. In order to be taken seriously you’re expected to attend numerous boat shows and become members of all the notable industry associations. This comes at considerable expense that’s prohibitive to the average startup.

Planning Ahead for Work Ashore

Definitely enjoy yourself while still crewing but, for the sake of your future self, use any spare time you have to acquire the skills, resources and contacts that will help you in your work life back ashore.

First, save as much of your earnings as possible. The designer watches, sunnies and clothes won’t seem nearly as important in years to come; in fact they’ll probably spend more time in the closet than their less expensive counterparts.

Nurture relationships with the yachting businesses you deal with. They might offer you the perfect job down the track, or perhaps they’ll support your new business model in some way.

If you know what type of business you’re going to start and, if your contract permits, take as many high-quality photos as possible while still at sea. For marketing purposes  you’ll constantly need ‘action shots’ from onboard that you wished you’d taken back in your crew days. Strict copyright and privacy agreements make it difficult (and expensive) to obtain such photos once you’re back on land!

In short, transitioning to a shorebased life is not as easy as you may think. It’s imperative that you think ahead and plan for the transition so you’re financially capable of either earning less (working for someone else) or earning nothing for a few years, while you set up your own business. Plan, plan, and plan - I cannot emphasize this enough. 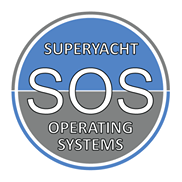