The Buzz Around St Katharine Docks: Central London’s Only Marina 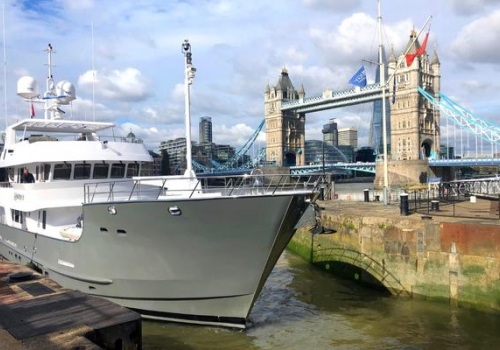 History, world class shopping and dining just a stone’s throw from one of London’s most iconic landmarks, Tower Bridge, is all part of the attraction of Central London’s only marina, St Katharine Docks.

Originally commissioned by Thomas Telford and opened in 1828 as a trading hub, St Katharine - or St Kat’s as it is also known - is the perfect base for visitors wishing to explore everything the capital has to offer.

“It’s really exciting to sail up to London, we bill it as a city break by boat,” explains sales and marketing executive Claire Frew. “Our marina is a secluded enclave in the middle of a busy city – it becomes your floating hotel room in the centre of the capital.

“Our lock is operational during office hours two hours before and an hour and a half either side of high water so, on days with two high waters, we benefit from two locking periods and the capacity of locking in up to 30 boats a day.

“We tell our coastal visitors to radio up when Tower Bridge is in sight and it’s a real wow factor as you come around that corner.”


With 185 berths accommodating vessels up to 40m across three basins, St Katharine Docks, which underwent a full renovation in 2017, offers outstanding facilities and services under the management of IGY Marinas, who took over in 2020.

This thriving waterside community comprises commuters who stay on board Monday to Friday for the proximity to work, as well as visitors and pleasure seekers impressed by its inimitable and colourful history. 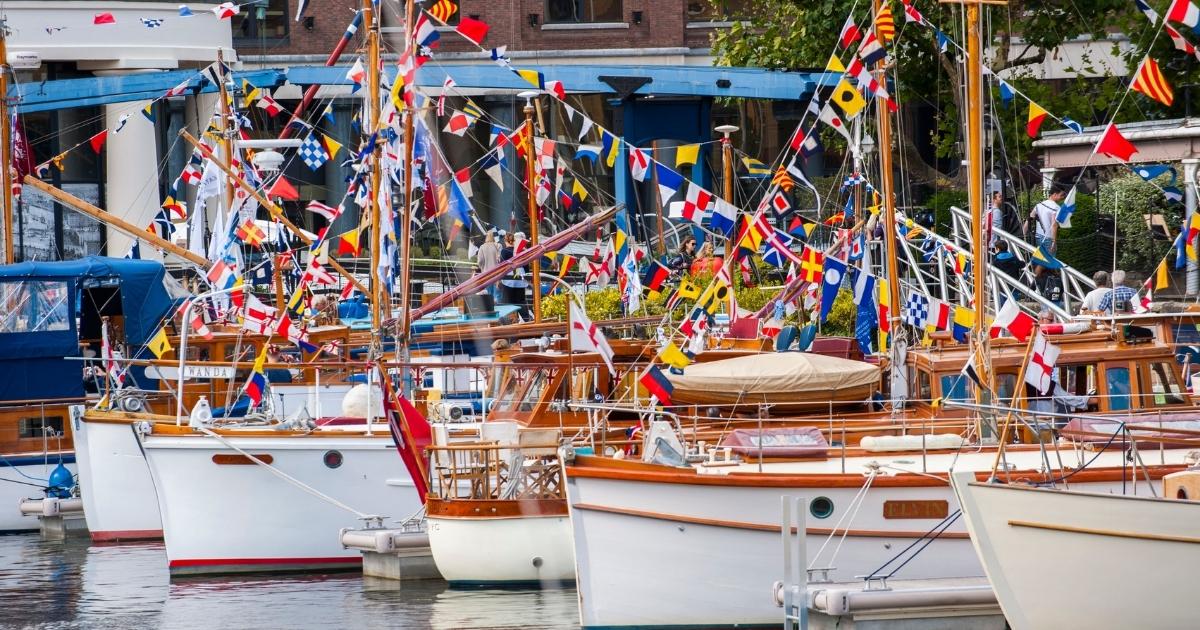 “Lots of large-masted vessels would come in, download their cargo, including tea and other trade goods, before heading off again,” adds Claire. “The docks fell into disrepair when the railways became a main mode of transport but they were used for training purposes during the World Wars before being converted into a marina in the 1990s. St Katharine Docks have also featured in a couple of films, including a recent shoot for Great Expectations.”

Notable resident craft include Winston Churchill’s funeral barge, Havengore, originally a Port of London flagship, commissioned in 1954 and which has been restored over the years. Gloriana, the Queen’s Rowbarge, which was commissioned in 2012 to celebrate the Diamond Jubilee, is also on site and is used for charity work, with particular emphasis on events involving young children and the sport of rowing.

“It’s a very pretty ornamental boat which is berthed in our west basin,” says Claire. “We also have several old Thames two-masted barges here which hark back to the trading days and look stunning when their sails are out.”

Marina services in the capital city

The marina has 24 hour security, with CCTV and secure locks. Visitors are issued with an access card for pontoons and washrooms while a concierge service can assist in booking London’s most popular theatre productions.

As you might expect, marina services are also top notch. “The pontoons are modern and fully serviced – there’s shore power, which is metered, water and pump out facilities,” explains Claire. “Visitors can come and our berth holders can have pump outs – the pump out units are set up on the pontoons so boats don’t have to be moved. We pride ourselves on being a very clean marina.” 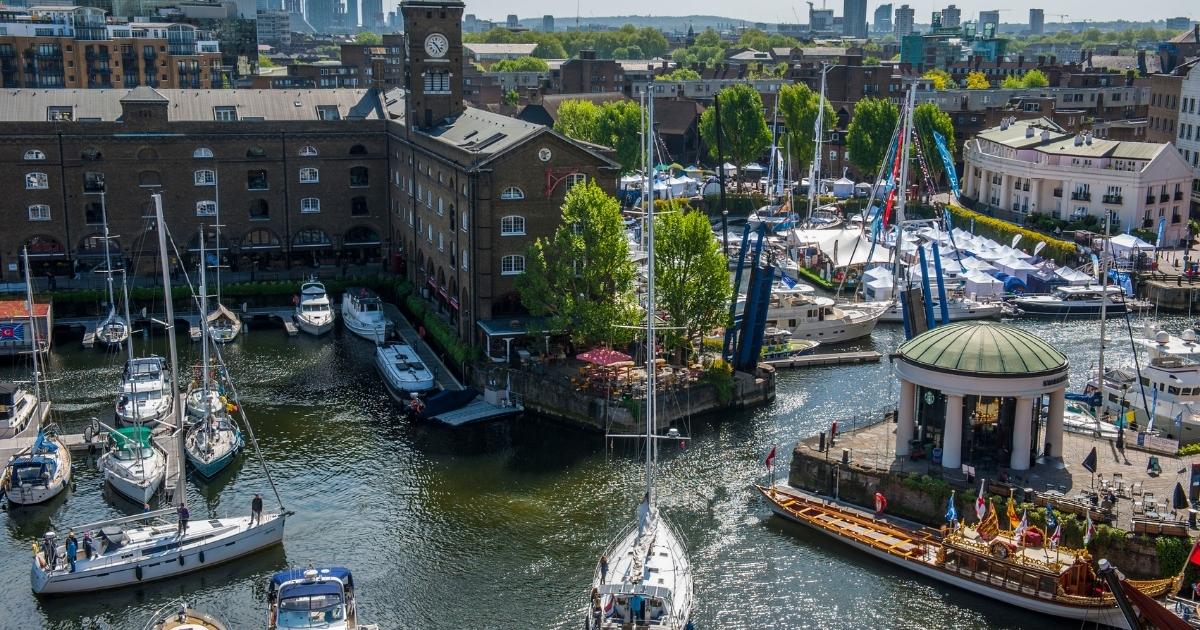 Visitors can also carbon offset their fuel emissions by making a voluntary donation following an initiative launched in conjunction with Yacht Carbon Offset.

With enormous appeal to boaters across a wide age range, St Katharine Docks have become a popular local community hub, hosting a diverse selection of events and festivals on their floating pontoon.

“Boating is such a leveller, we attract many different sizes of boats from a 40m Benetti to a 23ft MacGregor, which is boating on a shoestring,” adds Claire. “We have family groups coming in on their boats between 18–90 years old and we recently hosted a 100th birthday for an owner on our floating pontoon.”

A full roster of events runs throughout the year with the Classic Boat Festival in September attracting 40-50 classic boats of all sizes as well as the RNLI, police and fire boats, the Dunkirk middle ships and the SB Cambria sailing barge. Private events include London Luxury Afloat, a new venture with British Marine, which returns in April next year.

Live tennis screenings will take place during Wimbledon fortnight, followed by the Floating Film Festival in July and beginner paddleboarding and SUP yoga sessions. “It’s a tented pontoon with artificial turf and you can deck it out however you like,” says Claire. “Rallies love it as they book in, arrange their boats around it and hold briefings and gatherings. People can book a deck chair or beanbag for the film festival and it’s suitable for all weathers being undercover. It’s a lovely atmosphere.” 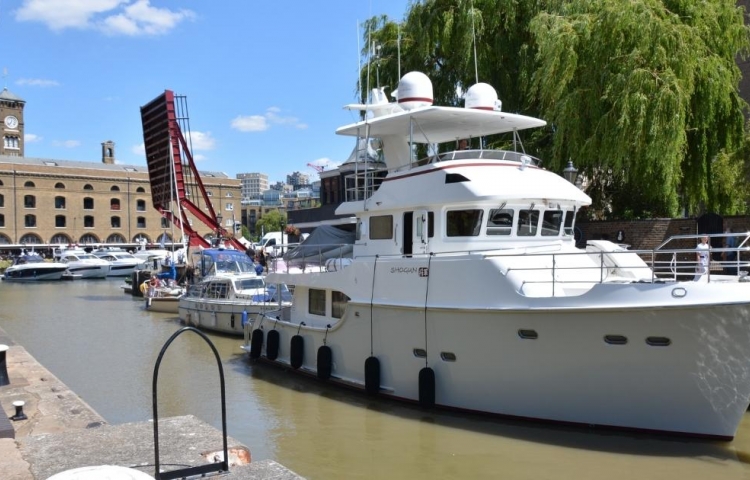 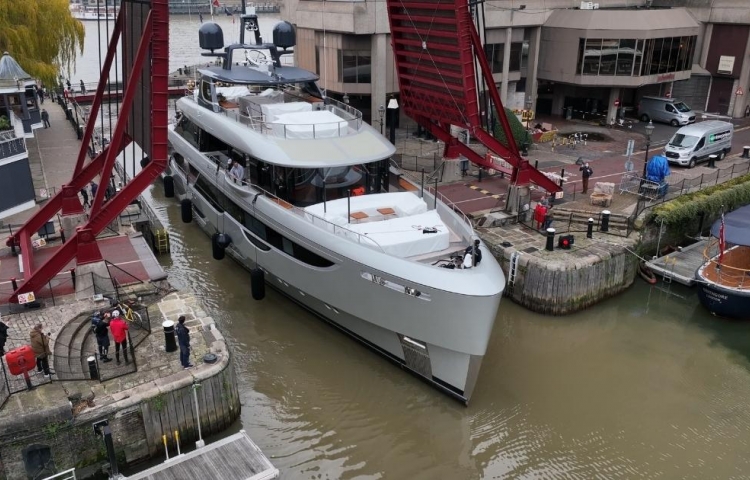 Visitors are also spoilt for choice when it comes to dining out or eating in, with restaurants to suit all budgets ranging from Cote Brasserie to the Slug and Lettuce while Waitrose and Tesco are a short walk away. Historic sites include the Tower of London just steps away, while hotels abound with Tower Hill Hotel on the same estate and further choices at the nearby Minories.

The City of London is abuzz year-round with equal appeal during the winter months and the festive season. “Obviously the Christmas lights in Oxford Street and Regent Street are a draw and we also put up a Christmas tree here and have a lighting up ceremony,” says Claire. “One of our dockmasters dresses up as Santa and we have a little support boat dressed as a sleigh which comes across the marina to give all the kids a present.

“We attract many repeat customers over the winter, who tend to stop off en route to Scandinavia, and we offer a very attractive winter rate over six months which gives you 25 per cent off our usual rates. We also have lots of stop offs from boaters who are sailing around the entire British Isles.”

Since IGY, the globe’s leading superyacht destination network, took over two years ago, the marina team have worked in tandem to attract and invite more superyachts to the harbour. Claire added: “The support from our IGY family is amazing, it’s great to be part of a big network.” 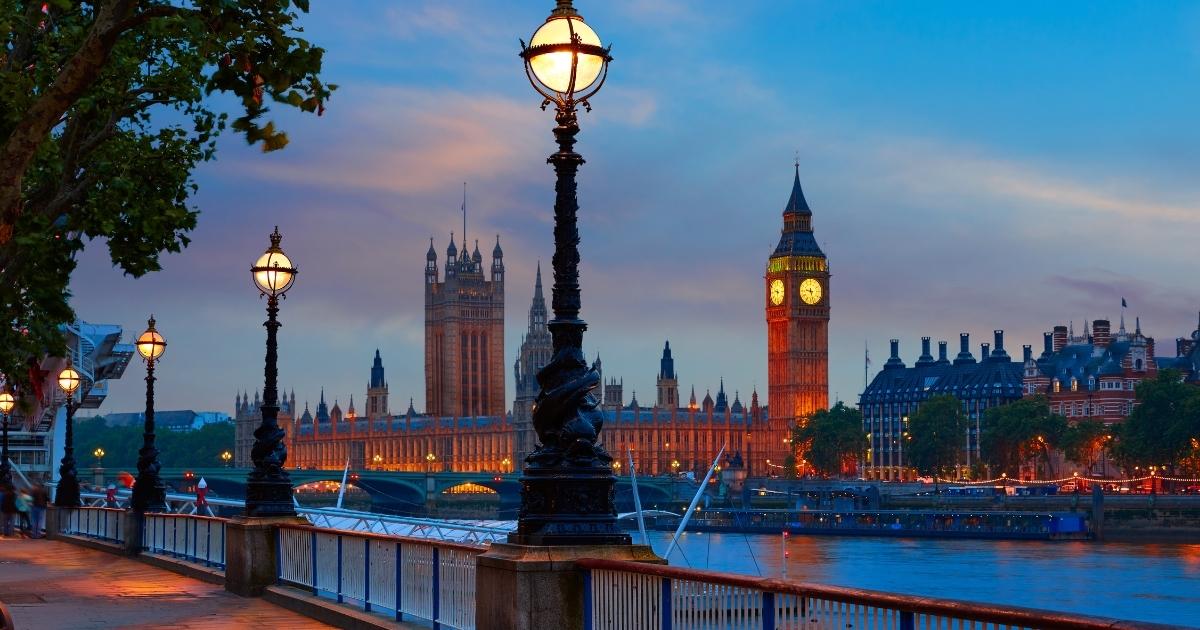 If it’s a fun 24 hours in London you’re looking for, Claire has the perfect schedule. “First of all, go for a full English fry up in one of the marina cafes, and then head to the Tower of London just steps away from us. Find time to fit in a bit of shopping and then explore nearby Wapping and its waterways.

“Don’t miss a pub crawl taking in The Dicken’s Inn, The Prospect of Whitby and The Ramsgate, which are among the oldest pubs in London. You can also just relax on your boat and people watch, because there’s always something going on. This marina really holds a special place in a lot of boaters’ hearts.”