Industry » Technology » Yacht Refits - More Bang for your Buck
« BACK 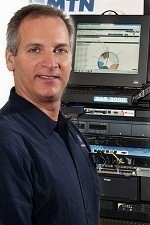 Yacht technology has changed so much in recent years that even if you are refitting a five year old vessel, there are some simple things you can do to greatly enhance your technology infrastructure.

People in the yachting industry should expect to see many large yachts undergoing refits in the next few years. According to Juliette Warter, Director of International Marketing for MTN Communications, “45% of the top 500 yachts are more than 10 years old.  We have identified more than 100 megayachts which are more likely due a refit in the coming years, 3/4 of them being 52 – 70 meters in length.”

Along with new finishes, these 10 year old vessels will probably need a technology overhaul to bring them up to today’s standards. But yacht technology has changed so much in recent years that even if you are refitting a 5 year old vessel, there are some simple things you can do to greatly enhance your technology infrastructure. This article will cover yacht technology refit trends for computer networks, audio/video systems, and security systems.

According to Andy Levy, network engineer and CEO of Great Circle Systems, computer network refit requirements can vary greatly, depending on the yacht’s pre-refit system. "The quality and sophistication of computer networks installed on large yachts five or six years ago was quite variable.  Some projects were already incorporating high performance business class systems, but such systems were far from universal.  It is also common to see even the large vessels from that era running small office/home office Ethernet switches, consumer grade wireless networks, and similar equipment that are not up to the task of supporting the computing needs of a modern superyacht.”

Levy adds that, “Fortunately, an underpowered network can often be upgraded to current standards at surprisingly low cost when compared to the costs of refitting other yacht systems.   A modest investment can have a dramatic impact on the reliability and speed of a vessel’s network.

Levy suggests that any onboard Internet technology refit include the following:

1. Installing all new Ethernet switches with all ports operating at 1 Gigabit per second or faster.

3. Insuring that connections between all switches operate at 10 Gigabits per second or faster.

4. Updating wireless access points to the 802.11n standard operating at 300 Mbps/second or faster.

“While replacing components is easy, pulling new cable on a yacht can be tremendously difficult,” Levy says. “To keep costs down, you need to determine if the existing network cable can be utilized for the refit. Even if low grade network components were installed during vessel construction, it could be that the best class of readily-available network cabling was used when the boat was built and can be used in your refit. If the original cable is CAT5e or better, which is not unlikely for a boat less than 8 years old, it might be used effectively with modern network equipment. Of course, network cabling has also made important advancements in recent years, such as 10 GBPS (gigabytes per second) speeds over standard twisted pair cabling and 100 GBPS speeds over fiber optic cable.  If you want to upgrade to those types of speeds as part of a network refit, then it's likely that new cabling will also need to be installed.”

Steven Segall of Audio Video Concepts and Design believes that, “the consumer electronics industry has gone through major changes in the last five years with advent of digital audio and digital video.” Segall says that until three years ago, “Everything was on an analog signal. Then HDMI was developed as a protocol to transmit both audio and video signals. HDMI is a standard and a protocol for sending digital audio and video over cables and security so signals can be copy protected.”

When doing a vessel a/v refit, Segall says that existing cabling can sometimes be used with HDMI technology. “We can use existing CAT5 or CAT6 cabling for technology using the new digital signals. But that requires a transmit and receive box to transfer signals on each end, allowing us to get the same high definition digital signal from point to point.”

However, older cabling sometimes needs to be replaced to achieve the best possible refit results. Segall says that “depending on the age of the vessel, it might be prudent to run fiber optic cable for a yacht refit. Fiber optic cable gives 100% immunity from electrical interference, which guarantees the best quality signal throughout. If the refit uses existing cabling, an A/V specialist can’t guarantee the result.”

Marc Franken of Frankentek, Inc.  has been installing electronic security systems on yachts since 1993. Franken says that, “Yacht refits usually need an upgrade of all the electronics on board and security is one part of the overall electronics upgrade. We look at what is in already in place, usually a surveillance system, and we add detection to it to get a ‘real’ security system.” According to Franken, “Some people refer to their yacht’s camera system as a security system, when it is just a surveillance system. It might include closed circuit TV, allowing individuals to observe people on board. But a true security system offers an integrated approach. For instance, today’s top security systems can have “access control” biometric fingerprint keypad-enabled entry on doors, intrusion detectors with alarms, and vessel perimeter surveillance—all run from an iPad or another device.”

Franken adds that, “the type and amount of security needed for a refit depends on the owner. I look at what cabling exists on board that can be re-used. If the refit project is already adding new cabling, I can incorporate the security system installation into that project. If not, I look for a way to open up part of the boat to install the security infrastructure. In some cases, only sensors need to be added. If new cables can’t be run, using wireless technology is an option. But I prefer to run the security system from cables, as it tends to be more reliable.”

Great Circle Systems was founded by Scott Strand and Andy Levy in 1999. Scott and Andy are uniquely qualified to serve the luxury yacht industry, combining extensive software development and network system integration experience with many years of hands-on yachting experience. Over the years, Scott and Andy have assembled a team of experienced and skilled yacht engineers and network specialists. Together, the company has built an impressive array of products and services to assist in the construction and operation of vessels 30 meters and larger. These products include Triton Administrator yacht management software and the NAS3000 Internet management appliance. GCS has provided IT solutions for many of the most beautiful yachts in the world, including M/Y Cakewalk V, M/Y Lady Sheridan, M/Y Jemasa, M/Y "A" and M/Y Katara.