The Distinction Between AV/IT and ETO Roles and Certification 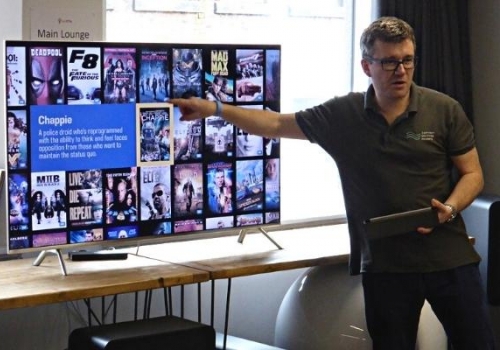 The subject of AV/IT and ETO roles is a popular one that I would like to explore in this article, with an exclusive insight into a future superyacht AV/IT certification.

Let’s kick things off with a reminder of the difference between the roles of superyacht AV/IT officer and electro-technical officer, otherwise known as an ETO.

The AV/IT officer position on board generally encompasses interior automation, entertainment, IT and some satellite systems. Essentially, they oversee the technology systems beyond the remit of a traditional ETO, which are marine electrical and electronics.

In the STCW 2010 Manila Amendments, the ETO’s remit was covered by a new Certificate of Competency (CoC) under regulation iii/6. Furthermore, all crew sailing under the job title of ETO should now hold this ticket.

Paragraph 1.5 of MSN 1860 states that: “If you are employed on a ship as an ETO, you must hold an STCW ETO Certificate of Competency whether or not an ETO is listed on the SMD (safe manning document)”. Where appropriate, however, vessels should have moved away from this job title. Most have, but the superyacht sector often still refers to an ETO instead of an AV/IT.

A person can fulfil either or both roles, however AV/IT has nothing to do with the role of the ETO - they are completely different. For years before the Amendments, superyachts interpreted the ETO role to include the ever-growing consumer technologies and IT on board, possibly because they rarely carried an IT officer, as they do on board a cruise ship. Understandable, but it is now more important than ever to distinguish between the two roles.

STCW 2010 should have helped clear this up, with an ETO role now clearly defined, regardless of the marine sector. Yet the superyacht sector continues to misuse the term.

So, with requirements for ETO certification in place, where does that leave us on the crucial matter of AV/IT training? 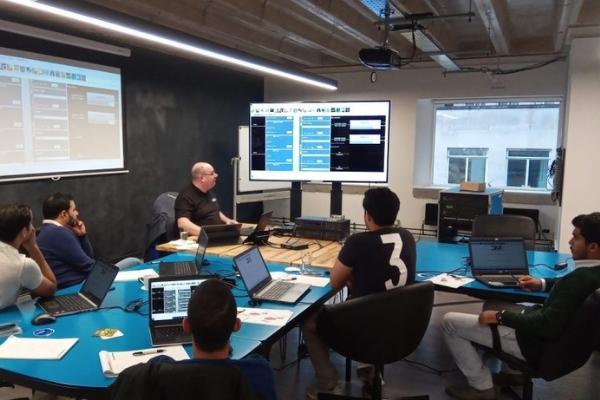 The need for AV/IT officers and certification

In 2007, the first iPhone arrived and seemed to kickstart a new age of consumer technology. Shortly after, we also saw a trend for larger superyachts. Additionally, there is the ongoing convergence of onboard systems onto the main data network (LAN) and an exponential rise in data. These are just some of the big reasons behind an important role becoming increasingly crucial.

In 2017, the PYA distributed a survey to gauge the appetite for an industry-specific AV/IT certification which eventually led to the formation of today’s AV/IT working group. The aim? To create a framework for a new non-mandatory training standard backed by various industry bodies and colleges.

The aim is not to create new training courses as such - most, if not all, of the required training already exists. Certifications from powerhouses like Microsoft, Cisco or Crestron are well recognised, but there are many other valuable courses that are less known or appreciated. Training companies such as the Superyacht Electronics Academy help to plug the gap between existing training and what is needed to work on board.

The issue, it seems, concerns recognition; there is also no clear career or educational path to follow. In this specialist area, employers often cannot appraise the courses a candidate has taken, making it difficult to make an informed decision.

I believe this presents a strong case for a new certification that is easy for all to recognise.

So far we have only discussed non-mandatory certification. Looking further ahead, surely it is only a matter of time before IT systems become part of STCW. In my opinion, it should have happened years ago, yet it was only recently that vessels might need to carry a certification for crucial marine electro-technical systems, despite involving power generation and distribution to all systems, even shell doors and crane automation. It is unbelievable that this is such a recent development.

Such matters in the marine industry evolve very slowly and, sadly, are often a reaction to major incidents.

So, can the safety of the vessel depend on systems covered by the AV/IT role? Absolutely. Except for entertainment systems. In fact, this could be the subject of an entire article by itself.

Around 10 years ago, I was involved with a superyacht that had over 12 Windows PCs on the bridge. These ran various navigation, AMS and CCTV displays but they failed often and, in one case, spectacularly. On that occasion, it was only by chance that the skills were on board to keep the vessel operational.

There remains no mandatory requirement for crew on vessels of any size to have training in IT systems. There are recent cyber security procedural requirements but they are, quite frankly, an embarrassing minimum.

Now, even a moderate new superyacht has an enterprise-level network. Such vessels could be justified in having a full-time network engineer on board but, of course, there is rarely the cabin space.

Surely it is just a matter of time before IT skills are included with STCW. I suspect it will take time, but let’s not wait for a major incident.

I hope the new superyacht AV/IT officer is just the start, and I truly believe we can use this as a template to influence STCW amendment from the bottom up. Let’s take the lead.

Scott is an ex superyacht AV/IT officer.  Now working as AV/IT consultant and trainer, and founder of Superyacht Electronics Academy.