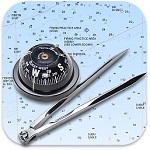 Logbook is a user-friendly logbook software developed by yachtsmen, for yachtsmen. Yacht owners and skippers of charter yachts from over 40 different flag states are using Logbook on all oceans and numerous inland waterways.

Logbook can be used on PC (with Mac OS X or Windows) and iPad, the user interface is the same on all devices. It is orientated by the traditional, handwritten logbook, but provides the advantages of automatic analysis of nautical data and practice-orientated layouts. The skipper can enter nautical data as with traditional logbooks on paper.

Logbook on PC and iPad can be connected with a NMEA on board network or a GPS receiver to read and enter nautical data automatically. When using Logbook on an iPad Cellular the position can be read from the iPad’s GPS as well.

Next to the input options of nautical data, weather information, technical notes and detailed information on the yacht, Logbook offers a page where the skipper can write their personal diary and upload photos.

Logbook works completely without internet access. For iPad as well as Mac Logbook this is the only software on the market corresponding to official requirements.

There are aslo additional tools and add-ons such as BoardCash, Crew, First-AidKit and Maintenance, assisting in the management of many tasks around the ship as well as travel planning.

The Update to “Logbook 3.7” primarily improves the ease of use of Logbook. The language can now be set up to Swedish, English and German and a Dutch version will be released soon with the next update. The software from 2K Yachting can be downloaded free as a test version so you can explore its features. Once purchased, there are no additional costs and all updates are free of charge.

Logbook 3.7 as well as the different modules for Mac, Windows and iPad are available in 2K Yachting’s web shop.